Building a startup within a large company

When people think of startups, they imagine a small group of people innovating and building something new in a garage. They have an idea and try to build a company around that idea, relying on every possible resource at their disposal. Some of these startups get to be successful and become billion dollar companies.

Established companies have been experimenting with internal startups for decades with different degrees of success. We would not have had the integrated circuit were it not for Fairchild Semiconductor, a startup within a larger, established company. Or the IBM PC, the Macintosh, Post-it notes or even the iPhone. Though it may sound like these startups are bound for success due to their association with a big company, they face a new set of challenges.

Zatar is one such startup. The New Growth Platforms business unit was started by business intelligence giant Zebra Technologies in 2011, with the goal of helping the company participate and build a business around the emerging Internet of Things market opportunity. Zatar is an organically developed cloud-based service for the Internet of Things. As marketing lead at Zatar, I wanted to share some tips for achieving success as a startup within larger organizations:

Look to senior leadership from the core business for investment support. Consider having a member of the current leadership team lead the initiative.

Lay the foundation for performance metrics on the startup business stage, not the established business’s. However, it’s important to focus on success quickly.

Recognize the value of being a part of the core business:

Though you’re striving to establish something new, the core business has many resources that you should be taking advantage of. For example, utilize the established relationships the core business already has in place and tap into the expertise of the other company leaders to brainstorm and as sounding boards for new products and services. Their experience can give you valuable feedback and strengthen your offering.

The structure of the startup is important to achieving success. As opposed to a larger, well-established organization, having a flatter structure is the best way to approach this, often starting with a small, but effective, team and building from there. You need a quick decision-making process, and can’t afford to waste time having every decision move up a ladder. There needs to be a degree of autonomy amongst the entire team, which is why you need to have trust in your staff. Set guidelines and trust your team. 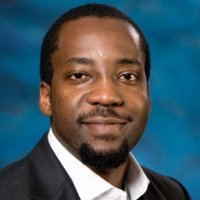 Building a startup within a large company