A day at DEMO: Ditching the pager, the credit card, and the password

I’m at the DEMO Fall conference in Silicon Valley this week. The show is a platform for new technology startups to launch before a tech- and startup-savvy audience. For those unfamiliar with the long-running gathering, the premise is that a group of about 50 carefully-vetted startups get the chance to make their debut and pitch their new companies—in less than five minutes with brief Q&A—in front of an audience and a panel comprised of leaders in their particular market. They also demo their products and services in a pavilion where attendees can engage more in-depth with the startups.

The DEMO companies, which come from around the world and aren’t limited by geography or focus area, are taking on big challenges and innovating in areas that range from healthcare, to workplace productivity, to wearable computing, to secure online payments and bank fraud. While I will have a more in-depth report next week on what I’m finding here, I thought I’d share three standout startups, whose teams I met with yesterday, that have devised innovative solutions to big problems:

Seratis – A smartphone-based platform that allows doctors, nurses and caregivers to better coordinate and track in-hospital patient care. Co-founder and CEO Divya Dhar, a physician and activist, told me that the vast majority of doctors still use pagers (pagers!) to communicate with each other about patient care. She argues that this results in tremendous inefficiencies that lead to extended hospital stays and increased per-patient spending on care. The Seratis solution is a mobile app designed to enable doctors, nurses, social workers, case managers and even patients to collaborate in real-time on a case. The goal is to increase efficiencies and responsiveness, get patients out of the hospital faster, cut costs, and yes, ditch the pagers.

Argopay – This startup is nothing less than ambitious—it is taking on the big banks and credit card industry with a mobile app and QR code-based point-of-sale payment system. The company’s biggest selling point for merchants is that they’re offering the system with none of the processing fees that are required of traditional credit card transactions. The Boston-based company has already garnered $500,000 in Seed funding from Atlas Venture; and the team does not shy away from its ambition: its tagline is ‘Reinventing the credit card.’

Sekur.me – Jack Bicer, who is known as the ‘Father of Uninstall,’ founded this company as a way to prevent bank fraud and make online purchases more secure, and to make it all convenient and as seamless as possible for consumers by removing the need for traditional passwords. Using an individual’s mobile phone and QR codes, the system creates what Bicer describes as a unique ‘phone print’ that identifies the phone and, through two-factor authentication, ensures the phone’s real owner is using it to log in. It’s a free app for consumers, and is meant to both prevent consumer fraud and replace passwords. On the merchant and banking side of things, the company claims that it can decrease ‘payment friction’ at online checkout and increase revenues by at least 20 percent through a reduction in shopping cart abandonment. Bicer has a long history in the software business and of taking on difficult challenges; and yes, that includes developing the now ubiquitous ‘uninstall’ function for the Windows OS when he was at Symantec working on Norton Desktop. 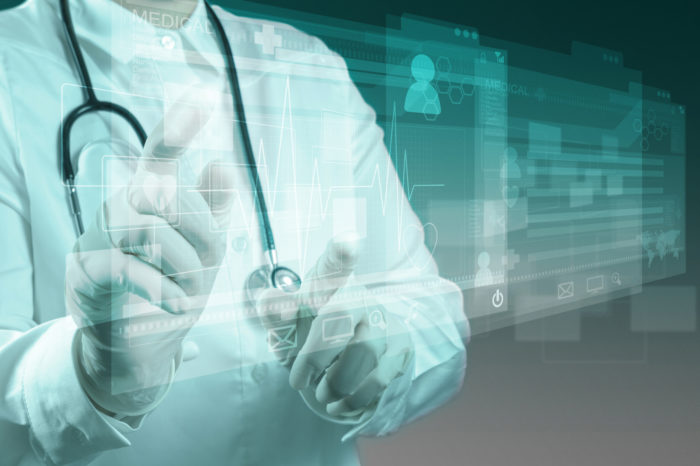 A day at DEMO: Ditching the pager, the credit card, and the password