Emoticast, the entertainment industry’s go-to partner for mobile messaging, announced a super angel round that brings its total investment to $5m.

The funding is led by a coalition of tech and entertainment leaders, including entrepreneur and Napster co-founder Sean Parker; producer and Black Eyed Peas co-founder Will.i.am; Jorg Mohaupt, head of technology, media and telecom for Access Industries and a director at Warner Music Group; superstar DJ and producer David Guetta, and many more.

Emoticast, which is behind the TuneMoji apps and bots that puts music GIFs with sound into messaging, expands the ways mobile users can send entertainment content across the world’s biggest messaging platforms. Emoticast already has global licenses with such major music industry labels as Universal Music Group and Warner Music Group, and with major publishing groups, including Sony ATV, Warner Chappell Music, Universal Publishing Group, Sony BMG Music Entertainment and PRS/Impel. The company is also widening its focus on entertainment messaging content beyond music gifs to film and television.

For the first time, users of the world’s biggest messaging platforms, including iMessage, Facebook Messenger, WhatsApp and Kik, can “Say it with a song” through TuneMoji. The company enables mobile users to send snackable music GIFs with sound from today’s top artists and has produced original content working directly with Bruno Mars, Ed Sheeran and many others. The company will use the investment to continue to grow its partners in music and other entertainment fields, to increase original content collaborations with artists, and to expand its messaging partner network.

Emoticast was founded by music industry serial entrepreneur James Fabricant, former head of MySpace Europe. With deep experience across the social media and music industries, Emoticast has secured the global rights to one of the most extensive collections of songs and original artist content available.

“At Warner Music, we are excited about new, innovative opportunities to integrate music into social and messaging platforms and to adapt our content to evolving consumer behavior,” said Ole Olberman, chief digital officer and executive VP for Warner. “By partnering with Emoticast we enable our music to enrich billions of daily messaging interactions and we create new avenues for value creation and unique marketing for our artists and songwriters.”

“Emoticast is primed to become the micro-YouTube for messaging built on a foundation of premium licensed content. The backing of such high-profile individuals from the worlds of music, technology and entertainment is validation of the company’s success in catalyzing partnerships across the entertainment and messaging industries.” 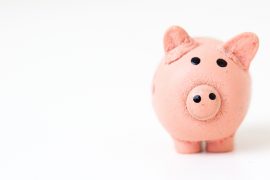 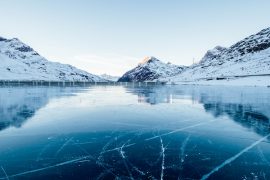