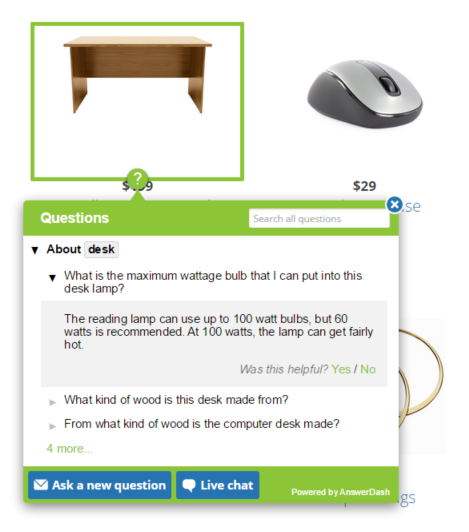 For companies with an online presence who have high customer support costs, AnswerDash offers “answers in a click” that will reduce up to 50 percent of assisted service support inquiries.

AnswerDash improves the customer experience of websites and web applications by providing a contextual Q&A service that delivers instant answers to end-users right where they need them. The benefits include reduced customer support costs for online businesses, increased sales on ecommerce websites and reduced customer churn for subscription-based SaaS applications. AnswerDash also provides actionable insights into the customer experience of websites and web applications, revealing which questions arise, where they arise, and what end-users do after encountering specific answers—for example, do they make a purchase or abandon the site? AnswerDash is quickly becoming the new first-line-of-defense for delivering answers to end-users online.

AnswerDash’s mission is to make the web and mobile web easier to use, reducing user frustration and site abandonment. No typing. No digging. No leaving the page. Simply click or tap to get an answer. Easy and effective.

AnswerDash’s competitors are actually mostly complementary because none of them are really providing what AnswerDash provides: A “first‐line of defense” website self‐service solution. The best attempts in the market that try to deflect escalations by providing website self‐service are searchable knowledge bases, like those provided by Oracle RightNow or Zendesk, or intelligent virtual assistants, like those provided by Next IT. For assisted service, live chat is gaining ground against email and phone channels, but still has challenging ROI due to its having to be staffed. There are multiple SMB‐sized companies that have tried and discontinued live chat because of its poor ROI, specifically being inundated with repetitive common questions that do not allow for upsell opportunities.

For self‐service, ‘help island’ knowledge bases have many known drawbacks and limitations, including placing heavy work burdens on users and not providing answers at the point of action. We see ourselves as complementary to these solutions. In fact, our data shows we increase utilization of knowledgebase articles when they are linked into AnswerDash answers. We also integrate with Zendesk, Freshdesk, Desk.com and LiveChat.

Intelligent virtual assistants have not seen wide uptake due to their difficulty of setup and adoption and their usually disappointing results in escalation deflection. Also, people have been known to become frustrated while live‐chatting with someone who is not a real person and who obviously cannot maintain a true conversation like a human.

AnswerDash will rise above the noise in the market because of its unique properties and sound design. AnswerDash provides a new first‐line of defense against support escalations by giving users instant contextual answers right at the point of action. Lengthy typing sessions back‐and‐forth in a live chat window, whether with a bot or a human, are avoided. Digging through knowledgebase articles is avoided. Phone calls are avoided. Although contextual help has been a concept known to computer scientists for decades, AnswerDash is the first company ever to provide it as a SaaS‐based answer layer that can be adopted in minutes and that can grow over time as users ask new questions.

The founders of the AnswerDash are Jake Wobbrock, Andy Ko, and Parmit Chilana. Jake and Andy are professors in the University of Washington Information School, and Parmit Chilana is a professor at the University of Waterloo. Parmit was the co-advisee of Jake and Andy, and it was her dissertation work called ‘LemonAid’ in collaboration with her advisors that formed the initial idea for AnswerDash, which was initially launched as a company called ‘Qazzow’ and then later renamed.

Jake is an expert in human-computer interaction, focused on input techniques, interface design and accessible computing for people with disabilities. He has a Ph.D. from the HCI Institute in the School of Computer Science at Carnegie Mellon University, and bachelor’s and master’s degrees from Stanford -University. He was AnswerDash’s founding CEO. He is transitioning back to full-time teaching at the end of 2015.

Andy is an expert in human-computer interaction and software engineering, focused on developing tools for programmers and students of programming. He has a Ph.D. from the HCI Institute in the School of Computer Science at Carnegie Mellon University, and a bachelor’s. degree from Oregon State University. He was AnswerDash’s founding CTO and is transitioning back to full-time teaching at the end of 2015.

After graduating with her Ph.D. in Information Science from the University of Washington, Parmit became a faculty member in the Department of Management Science and Engineering at the University of Waterloo. She has never been operational in AnswerDash.

AnswerDash hired William (Bill) Colleran, Ph.D., in June 2015 as its CEO. Bill brings over twenty years of experience in business leadership, marketing, finance and technology development to his role as CEO at AnswerDash. Most recently, he served for 14 years as CEO at Impinj, Inc., joining shortly after its founding and growing the company into the world’s preeminent provider of ultra-high frequency RFID solutions. Prior to Impinj, Bill was CEO at Innovent Systems, the leading provider of Bluetooth chips, which he sold to Broadcom Corporation in 2000 for $500 million. 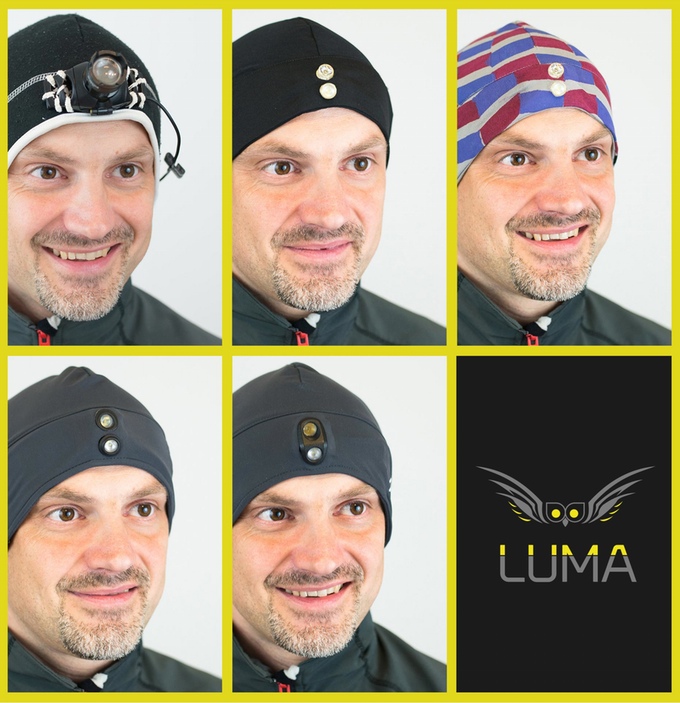