By Tyler Roye, co-founder and CEO

eGifter creates a fun and social experience for consumers while helping retailers and merchants drive tangible revenue from social and mobile initiatives.

eGifter is both a marketplace and a platform. The marketplace is available on eGifter.com and also on mobile for Android and iOS. eGifter carries gift cards from over 100 national brands, with 200 expected by the end of 2013.

Users login to eGifter using Facebook, LinkedIn or Google+ credentials. eGift cards given with eGifter can be delivered to a friend via social networks as well as to the eGifter Wallet on their mobile device. eGifter also lets you invite friends to contribute to the gift, creating a group gift. Each can write a personal note, and record a video message or add a photo, which adds the personal touch previously missing from gift cards.

The social and group gifting activity is inherently viral, as the entire process plays out over social networks. This initiates a chain reaction of friend-to-friend marketing, which is a credible and effective vehicle for maximizing exposure and increasing sales. The eGifter Platform offers merchants and retailers a comprehensive social and mobile gifting platform that adds social delivery, group gifting, and mobile delivery options to their existing web site, Facebook page, and email channels. The platform is perfect for both selling eGift cards, and for virally distributing special offers. For retailers looking for innovative ways to drive revenue through social and mobile initiatives, grow eGift card sales, and improve average order value, eGifter is the perfect solution.

eGifter is the flagship app of GroupGifting.com, which was founded in 2011 by myself, and my co-founders Eric Manno, COO, Mark Manno, CFO, and David Levinsky,CTO. We all came from a previous venture called Invision. Invision was a Long Island cloud hosting and web development company that was sold to mindSHIFT in 2007 which subsequently was sold to Best Buy in 2011.

We run the company by the principles of Lean Startup, and I run the Long Island Lean Startup group where I share best practices for startup success with other early-stage companies in the region. Lean Startup has helped us to innovate with rapid experimentation, and actionable metrics right from the start.

We funded the business through the first 18 months of growth. In late 2012 we decided to bring in some outside financing to help fully realize the potential of this opportunity. The logical first step was to get the right people vested in the company with a focus on investors who could help connect us to strategic partners, major clients and other investors for future rounds. Our Angel round was completed in Q1 2013 and accomplished all of those goals.

The eGifter Marketplace is a viral social marketing app, and we used its inherent viral nature to drive our own growth. With big data from more than 16 million friends of the members in our Marketplace, we have data on more than 40,000 birthdays every day, giving us many opportunities to inject just the right gift at just the right time and grow our membership as a result.

We offer our toolset as a platform directly to the merchants and retailers to help them grow a consumer eGift card program by adding a layer of social activity to an eGift card sale.

We are poised to take advantage of this market both in our Marketplace and with our Social Gifting Platform.

How eGifter is Different

As an early leader in the social gifting market, eGifter has several differentiators. First, in the Marketplace, we are the only app in the space that offers members the ability to log in via Facebook, Google+ and LinkedIn.

The big data we collect puts us in a position to add many compelling features that can create a tangible increase in activity and enhance value to our merchant partners and consumers alike. Our systems are designed to determine ‘who’ you should give gifts to (the people you really engage with on social networks), ‘why’ you should give them a gift (mining for events beyond the obvious birthday), and ‘what’ you should give them (using data from Likes and other social activity).

eGifter is the first to market with a truly comprehensive social/group gifting platform which gives merchants and retailers a way to seamlessly plug-in the eGifter capabilities into their own web sites, fan pages and mobile apps.

We give brands a way to monetize their investments in social media, unlocking the potential of fans and customers, turning them into social brand advocates. We earn money in the form of platform fees, margins on the sale of eGift cards, as well as from success fees for helping merchants and retailers acquire new customers.

We are looking for early-adopter merchants and retailers to adopt our platform and make a bold move ahead of the competition in both social and mobile commerce. We are hiring and have posted several open positions on the eGifter site. Later in 2013, we plan to raise an additional round of funding to fortify our financial position and maximize the potential of this opportunity. 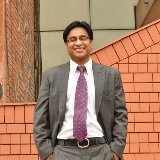 Funding and Acquisitions Roundup: RelayRides gets Wheelz in a merging of car sharing market rivals

Funding and Acquisitions Roundup: Born out of a popular Palo Alto restaurant, OwnerListens gets $1.1 million to power its local business feedback platform