Featured Startup Pitch: GESTURES is rethinking the camera app through its gesture-based interface 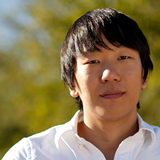 With GESTURES, you can capture beautiful images effortlessly using simple gestures, without the clutter or restrictions of today’s camera interfaces.

Think of GESTURES as a clear window to your beautiful moments in life. There are no gimmicks or complicated features—it’s just you and your memories captured in those images, and nothing in-between.

All the camera apps in the market today are still following outdated conventions that originated from traditional cameras.

Rather than taking advantage of today’s touchscreen capabilities to provide a fundamentally better picture taking experience, they just shuffle around the buttons or pile on unnecessary features to differentiate themselves from their competitors.

That’s why I decided to make a camera app by taking the completely opposite direction, and simplify. We are going to:

The idea behind GESTURES came from my pure frustration with today’s restrictive and inefficient conventions supported in the UX/UI design industry.

Even though we have amazing touchscreen devices capable of understanding very intricate finger gestures, we still depend heavily on interacting with tiny little buttons to do some of the most basic things.

So, last year I started working on a set of gesture-based conventions that can truly take advantage of today’s touchscreen capabilities. One thing led to another, I had opportunities to speak about my project at various events, and that’ s where I met my co-founder Kevin Reddy (www.kevinreddy.com). He is an award-winning consulting executive who has broad experience in startup advisory, execution, and investments, in addition to strategy consulting for global 2,000 C-suite executives, with primary focus on technology-enabled business innovation and transformation.

With my recognized skills in UX/UI design (Top 51st Designer in Tech by Business Insider) and Kevin’s savviness in business and technology strategy, we set out to transform the landscape of today’s digital space, starting with the GESTURES camera app.

The digital camera feature has been a major driver of mobile phone sales for a decade. But Instagram’s sale to Facebook last year was a watershed moment for the mobile photo-sharing industry. Among other things, it showed that a mobile photo sharing service could be worth $1 billion, and that the app store economy could grow a photo-focused social network at alarming speeds.

In 2012 alone, smartphone cameras outsold regular cameras by 6:1. In 2011, 37 percent of pictures were taken with smartphones, and this number is expected to rise to 50 percent by 2015.

Instagram revealed that it now has 130 million users, who have shared some 16 billion photos, and it’s been acquired by Facebook for a $1 billion valuation. Their success can be attributed to their free app, selective quality features and loyal customers created by their own social network.

Cymera has reached 30 million downloads only 16 months after their initial launch. It’s free for users, and its revenue comes from Google ads in the gallery section. It’s closely connected with the biggest social network in Korea, Cyworld.

There is a crop of fast-growing mobile messaging services like Snapchat and Vine that include photo-sharing as a core feature, but currently there are no true gesture-based camera apps in the market like GESTURES that can make users’ lives easier by reducing the number of steps in capturing beautiful pictures, applying filters, and sharing among social spaces.

We’ve kicked off a Kickstarter campaign to get funding that will help us complete the MVP and gain more market exposure. With the MVP, we’re planning to raise a Seed round of $600,000 from selective Angels.

We will announce the app release at the 2014 SXSW, where I’ve been selected as a presenter to talk about the future of mobile design and interactions. We are in talks with TechCrunch, New York Times, TheNextWeb, TodaysiPhone.com, and various social leaders for product reviews and publicity.

We have gained over 800 fans on our Facebook page in less than a month. We will continue to increase our social reach with weekly contests and charity fundraising opportunities for non-profit organizations.

We are building close relationships with our beta-testers, and many of them have become loyal spokespersons for GESTURES.

Because of the minimalistic nature of the app, we are looking for ways to partner up with leaders in the minimalist community, such as Colin Wright, Joshua Fields Millburn, and Ryan Nicodemus, who have over 2 million readers and social followers.

Our first goal is to maximize our user base with a free app download and weekly promotions on various social networks. Once we reach a tipping point, we will introduce premium filters for 99¢ and targeted offers by detecting keywords in the tags used on pictures. Users can opt out for $1.99.

We are also planning to build a visually-driven social network like no other in the market today to increase user loyalty. These social network analytics are monetized as appropriate.

We have kicked off our Kickstarter campaign as of October 21st. We need everyone’s help to complete this first-of-its-kind product and deliver it to the huge market of photo takers using mobile camera apps.

Rental management is ripe for disruption, and Cozy has $5 million more in funding to make it happen 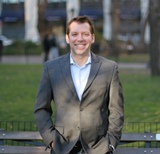