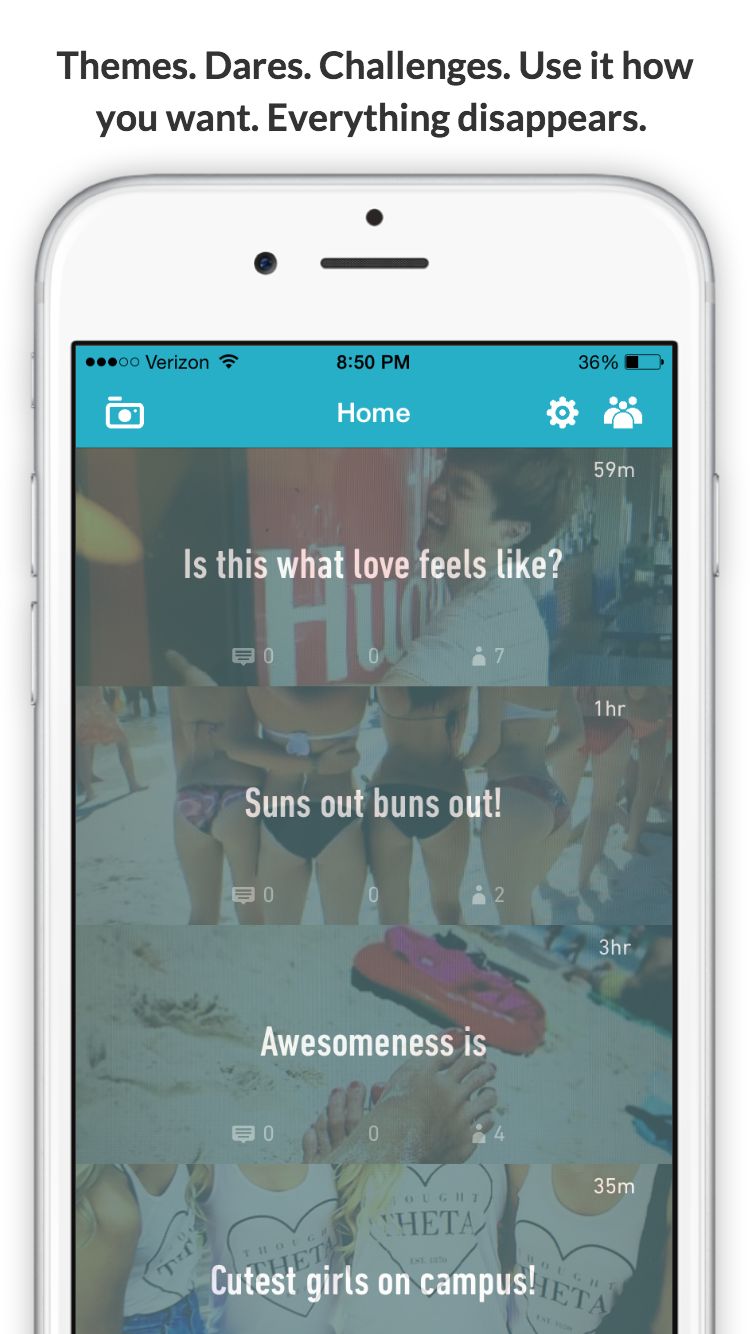 PhoSho lets you share themed moments with a group of friends. Have even more fun with AutoTake! Turn it on and your friends will have only five seconds before a picture automatically takes from their camera and post for all to see. It’s like surprising, or catching your friends off guard, and you get an awesome photo of it! Think of the possibilities…

A themed moment can be a competition, dare, challenge or something random you think is worth sharing. Your friends respond with photos of them doing your theme. Vote the best photo up and the worst photo down. When the timer ticks down to zero a winner is proclaimed and everything disappears.

You can pick from a list of preloaded themes or write your own. Control how long themes last by setting the timer, when it hits zero all photos and comments disappear. Select only the friends you want to include—share with one or share with many.

A theme can be whatever you’d like! Just a few examples:

Best Beer Chug
The Mustache
Impersonate Trump
Love is…
Cutest Girl/Guy On The Way To Class
Stay Classy America
Too Much Touching…
Awkward Couples…
What Are You Guys Up To?

Fraternities and sororities all around the U.S. are using PhoSho. Be crazy, spontaneous or downright weird. Get funky and do friendship differently!

Michael Johnson, Daniel Johnson and Paul Johnson. Three brothers—one idea. They were all born in Atlanta Georgia (go Falcons!), none of them have backgrounds in programming but they partnered with some of the best iOS and UX/UI people in the southeast and arguably in the nation.

Some family details. There were eight kids in the family, yes you read that right—eight (ten including the parents who were obviously very busy). There was always something going on, a lot of competition among them but everyone got along. They always enjoyed being with friends and experiencing new adventures. By the way, if anyone needs parenting advice contact the Mr. and Mrs. who all got this started. 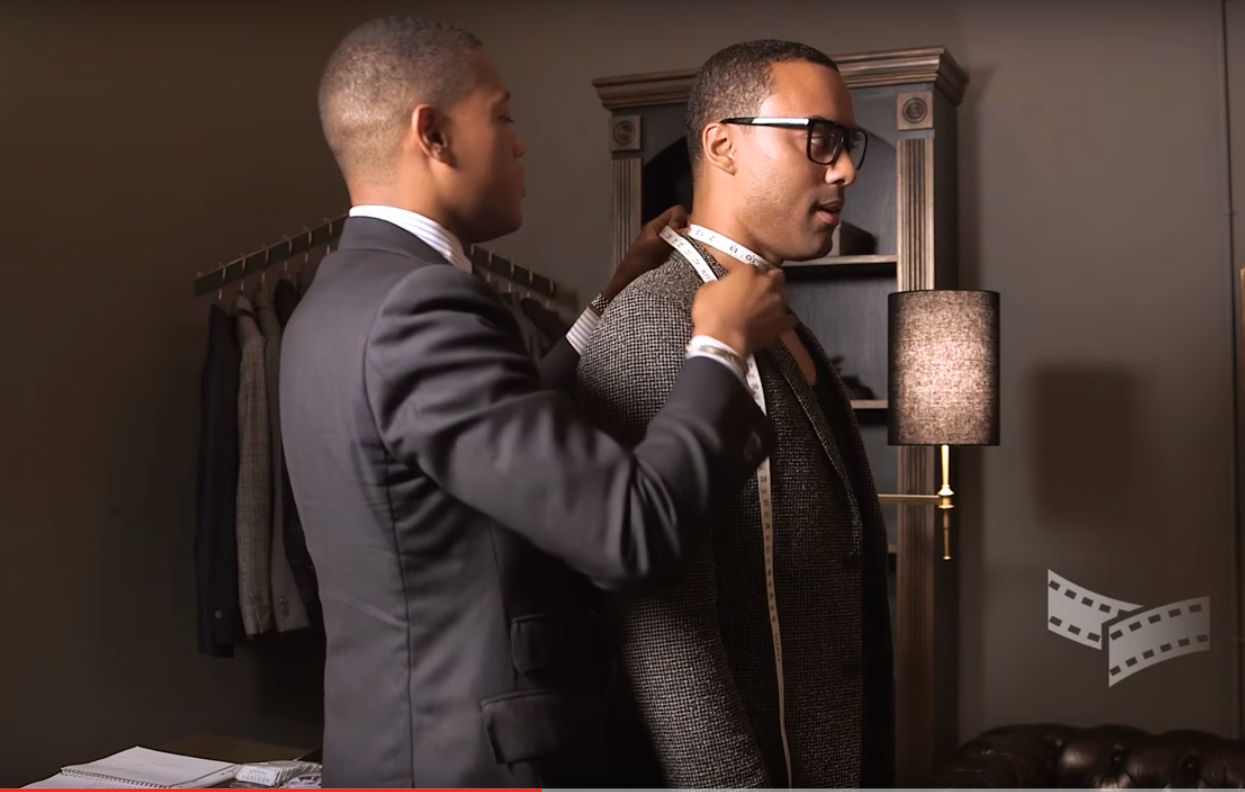 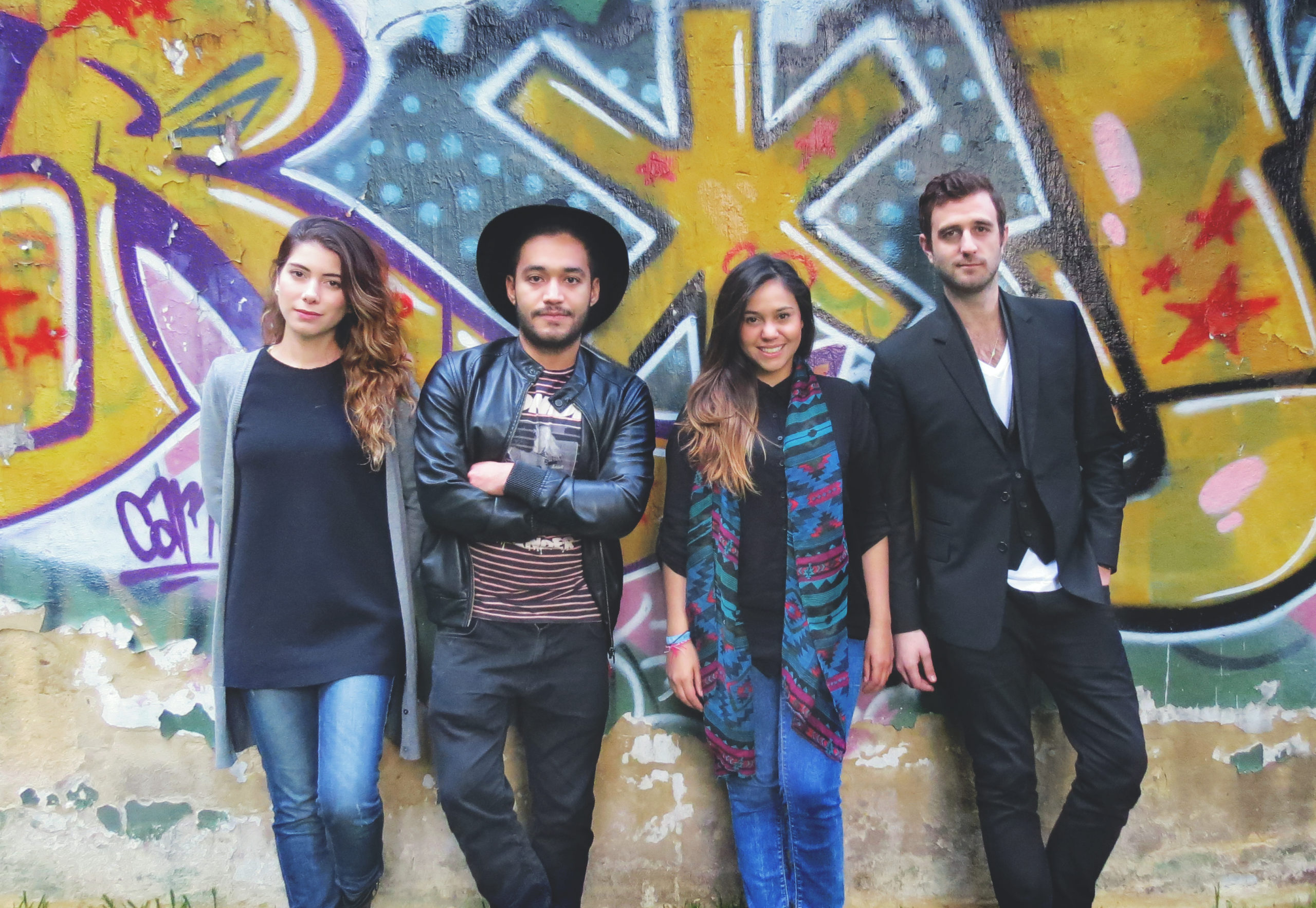