Featured Startup Pitch: SEWORKS is on a mission to help developers identify and fix real vulnerabilities in mobile apps

The mobile app client is often the weakest link targeted by hackers, yet a majority of security solutions focus exclusively on protecting the device or the server data. SEWORKS provides layered, comprehensive security for mobile developers that secures apps against the widest possible range of hacking threats.

SEWORKS provides comprehensive security technology for mobile developers that protects the mobile app client from hacking attacks. We’re a team of internationally-renowned white hat security experts who believe the best way to stop a hacker is to think like one.

Why SEWORKS? Because mobile developers have their heads in the sand on security.

A lot of the people responsible for securing enterprise mobile apps are ignorant of the danger posed by hackers. I’ve talked to hundreds of security chiefs, CTOs, CIOs and CEOs since moving to Silicon Valley from Korea. When asked how they address security vulnerabilities on mobile, they respond by saying: “We hope they don’t find a weak spot,” or “It’s ok, our data is on the server.” I’ve even been told: “We try not to think about it.”

Imagine explaining to tens-of-thousands or millions of users that a data breach was caused by negligence. While you’re scrambling to repair your defenses, user trust has been destroyed.

Not only is this an irresponsible approach to security, it’s misguided. There are simple steps developers can take to reinforce your apps against vandals, protect your IP and safeguard user data. SEWORKS provides the latest anti-hacking security measures via simple-to-use solutions that require no integration.

The best hackers in the world have not migrated from PCs to mobile devices because the economic opportunity is immature. At the same time, however, the sophistication and frequency of mobile hacks is increasing dramatically.

It shouldn’t take a catastrophic security failure for mobile developers to proactively safeguard their apps. Equally at risk is the value of precious IP, which vanishes when hackers duplicate the functionality, look-and-feel of an app, and publish it as their own. Therefore, our primary audience is enterprise mobile apps—with tens or hundreds of millions of users—in banking, finance and payments, insurance, health care, as well as video game developers.

We license tools for protecting Android apps with binary-level obfuscation, source code obfuscation, and the ability for developers to track and disable rogue copies of their app. Another solution is a simple API integration that places a fingerprint on each individual install of mobile apps. In addition, we offer white glove security consulting services for select enterprise clients.

SEWORKS does not have direct competitors. Related services include DexGuard and Arxan, however we vary significantly in the depth of our security technology offerings, and our new and in-development products are unmatched in the market.

We want to educate the market about the types of threats that pose a clear-and-present danger to mobile app developers. There are hacker teams in Eastern Europe, Russia, Pakistan, and China that operate like sophisticated startups, targeting vulnerable developers and applications.

It’s not just professional hackers who threaten mobile apps. A Google search for ‘Android decompiler’ turns up hundreds of results. Anyone with time on his or her hands can learn how to break into apps in a matter of hours.

Secondly, we are advancing the state-of-the-art for mobile app security. Hacking threats evolve constantly, and we want to be sure that we stay one step ahead. For this purpose, we maintain an extensive R&D group dedicated to researching the latest trends in hacking, and methods to protect against them.

I’ve been involved with security software for the past 21 years. My previous company, SHIFTWORKS, provided mobile data security solutions, and was sold to InfraWare. I also founded WOWHACKER Collective, a non-profit research group. I’m a five-time consecutive finalist at DEFCON for the last five years, and a Ph.D. candidate at Korea University.

We’re currently raising our Series B, expanding our Silicon Valley office, and we’re always on the lookout for hackers who are passionate about advancing the state-of-the-art of mobile security. 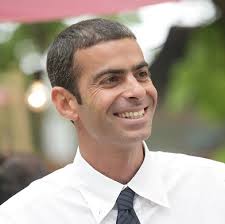 Why be ‘lean’ when you could run a ‘fat’ startup?

Featured Startup Pitch: SEWORKS is on a mission to help developers identify and fix real vulnerabilities in mobile apps