Featured Startup Pitch: Non-profit startup Shopping for a Change wants to bring local artisan products from around the world to the global market 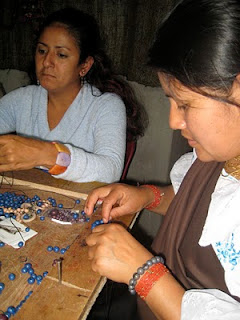 By Stacey Horowitz, Shopping for a Change founder and CEO

Shopping for a Change (SFAC) is a non-profit that helps artisans, artisan co-ops and companies from impoverished areas sell fair-trade goods online. Profits are donated to international community improvement projects focused on clean water, healthcare, and education in the artisans’ communities, and to U.S.-based nonprofits which our shoppers choose during the checkout process.

In 2009, as I approached my fiftieth birthday, I felt an increasing desire to contribute to society, in a meaningful, global capacity. I had spent the previous decade at home raising my son, who had transformed into a young man before my very eyes. Prior to that I had spent over 20 years in sales, marketing, and promotions in the beauty, fashion, and advertising industries.

Around that same time, our son’s seventh-grade class began a philanthropic project, which was interwoven throughout their entire curriculum. The inspiration and education our family gained from that experience reached well beyond the classroom and began to permeate our lives in ways we could not have before imagined.

During winter break in January, 2009, our family traveled to the Galapagos Islands and Peru, and it was then that the final influencing factors came into play and changed the direction of my life. While there, we witnessed hunger and poverty firsthand, which stood out in sharp contrast to the innate beauty of these regions. At first, I felt hopeless—there seemed to be no way to emotionally reconcile this upsetting dichotomy. I realized that but for an accident of birth, it could have been my family living under similar conditions.

During the course of our journey I learned that many of those struggling to survive were families headed by women as the sole providers who had been affected by atrocities such as illness, spousal abuse, war, unemployment and death. Yet despite living with these realities, many of these women clearly had tremendous artistic talents that had been passed down through generations, and were exhibited throughout the country. I was so moved by these capable women that I began to wonder if there was a way to assist them in using their unique talents to raise themselves from poverty. I sensed that given the right circumstances, their creative gifts could become their means to a better life.

I arrived home after this sojourn no longer the same person as before I left. Both as a mother and an artist, I connected strongly with what I saw, and wanted to make good use of this new insight to help change their situation for the better. I chose not to be the kind of person who wished there was something they could do to help make things better for someone else, but never took action. And for the first time in my life, I realized that I didn’t have to be Angelina Jolie or Mother Teresa in order to make a difference in these peoples’ lives. I understood that a handout was not a sustainable answer, so I wanted to create some sort of a hand-up instead.

That July I took a second trip to Peru, unescorted by my family, with the sole purpose of meeting artisans and exploring what it would take to make my ideas into reality. It was on this leg of my journey that I became acutely aware that what I witnessed in Peru—in terms of poverty, artistic heritages and talents, and women often being the sole means of a family’s survival—existed all around the world.

I began to develop a business model designed to follow fair trade principles, provide these women with the necessary training to create handicrafts that would be attractive to a western market, and then give them the access to a global marketplace where their products would be sold. They would be paid for their work before their products sold on our site so they could afford to feed, shelter and educate their children. My goal was to not only provide them the work and a global marketplace, but I wanted to take half of our net proceeds and use them to fund community improvement projects with a focus on clean water, healthcare, and education.

With the U.S. still in the throes of a major recession during that period, the timing of trying to start a business—particularly for artistic accessory items rather than for everyday necessities—was not ideal, and people all around the United States were struggling as well, including U.S. nonprofits. That is why the other half of our net proceeds are devoted to U.S.-based nonprofits, which the consumer chooses during the checkout process.

Shopping for a Change was established to create an extended global marketplace for fair trade products by artisans, artisan co-ops, and companies that employ these artisans—predominantly women—from economically-disadvantaged areas throughout the world. With our partnering artisan organizations, we assist in educating artisans on competing in a world marketplace, while helping preserve local handicraft traditions, all while following fair trade principles. Artisans are paid for their work according to terms they set.

We use half of our net proceeds to fund community improvement projects in the artisans’ communities, with a focus on clean water, healthcare, and education.

We devote the other half to U.S.-based nonprofits, which the consumer chooses during the checkout process.

The terms ‘fair trade’ and ‘fair trade products’ have become more mainstream in the past couple of years. The average consumer is shopping with an increased awareness and sensitivity to how their products are being produced, under what kinds of conditions, how producers are being paid and what kind of footprint a product’s production is leaving on our planet.

Early adopters and educators of fair trade include Ten Thousand Villages, which has been a fair trade retailer for 68 years, and is a founding member of the World Fair Trade Organization (WFTO). Their mission is to create opportunities for artisans in developing countries to earn income by bringing their products and stories to our markets through long-term fair trading relationships.

Global Exchange, an international human rights organization dedicated to promoting social, economic, and environmental justice around the world, has been around for 26 years and has two fair trade brick-and-mortar stores in the San Francisco Bay Area.

I believe the more educated consumers become, the more they can support businesses with a similar focus. Both Ten Thousand Villages and Global Exchange are 501 (c)(3) nonprofit organizations, as are we, but many businesses entering the fair trade marketplace approach it as a for-profit business. I don’t believe that one way of doing business is better than the other—they simply have some different approaches and focuses.

We all seem to share the goal of creating work for those less fortunate, primarily in the developing world, following fair trade principles which include paying the workers fair wages. Where Shopping for a Change differs from others is in our curated collections, which vary quite a bit from other sites, and how we put to use our net proceeds:

·      Half are used to fund community improvement projects in the artisans’ communities, with a focus on clean water, healthcare, and education.

·      The other half are directed to U.S.-based nonprofits, which the consumer chooses during the checkout process.

1.     The Nutritional Empowerment Project, which is a sustainable farming project for the Kichwa tribes along the Amazon in Ecuador.

2.     The Oltumusoi Education Project in Kenya, which reduced class size from 80:1 students-to-teacher ratio, to 40:1.

3.     The Tibane Water Project in the Lavumisa region of Swaziland, which brought clean drinking water to a community of over 400 people who never before had clean water.

In January, 2015, we will fund the building of two preschools in Bangladesh for forty children ages three-to-six whose mothers are artisans from whom we buy our knitted toys, rattles, and hats. The funds for this project will be directed from our product sales during 2014.

Since inception, we have grown from partnering with 11 artisan groups in Africa and South America to over 40 artisan groups spanning four continents and 28 countries. That’s over 25,000 lives that we have touched. Our business has tripled, indicating that people are excited by the way our organization enables them to help both at home and abroad.

Ultimately, the business model is sustainable, however right now we are in a growth mode, and are running an Indiegogo crowdfunding campaign to support our development.

Additional funds are needed and contributions can be taken as a tax-deductible donation.

Part-time volunteers and interns are desired and should inquire directly with me: [email protected]. In particular, we are looking for specialists in marketing and public relations, social media, professional photographers, graphic artists, bloggers, and copywriters. 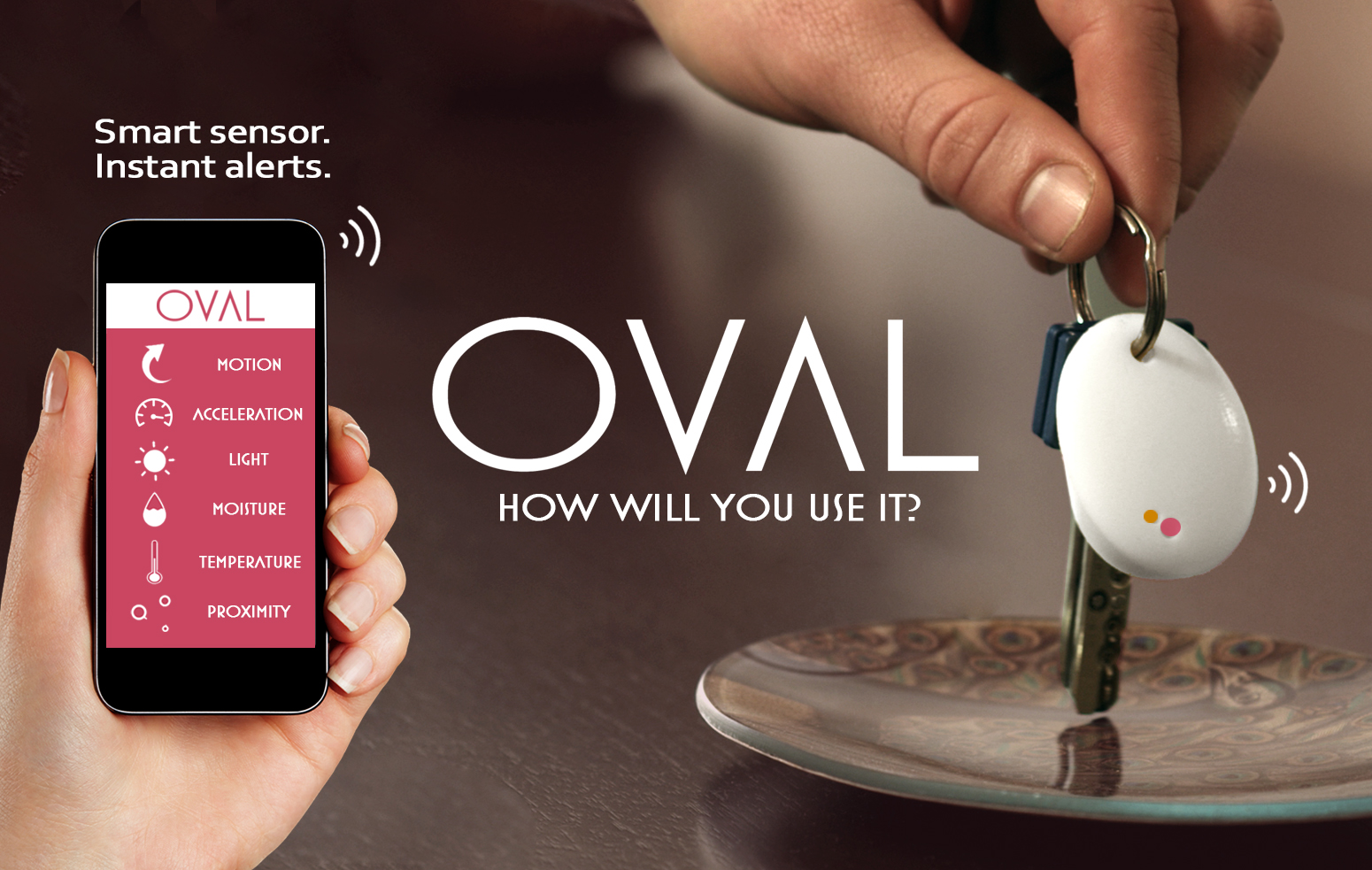