Google presents Invisu.me as tool of choice to their startup and developer communities 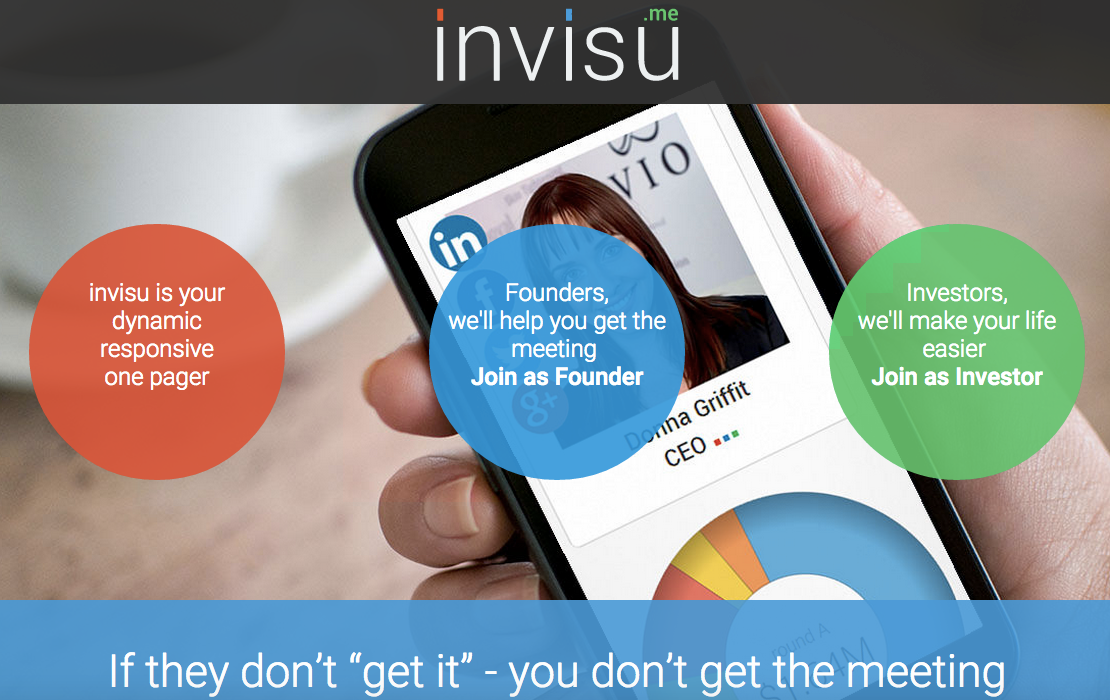 Google has released a video presenting the invisu Storytelling wizard for startups as a tool of choice in their developer resources series. Additionally, they have included invisu.me in their offerings to their unique Google Launchpad Startup community, says Faigie Grunberg, CMO invisu.me.

Google Launchpad provides a select group of startups from around the world with technology, events, online resources, expertise and community to launch and scale their products. Donna Griffit, CEO and Founder of invisu.me was selected to present in a Google video series called “How I” for the Google Developer channel on YouTube (~670K subscribers). Google’s release of ‘How I: Build One-Pagers to Get Investment Meetings’ showcases invisu.me as a recommended tool for creating one pagers. The video will be presented among Google’s Startup and Developer communities, through their YouTube channel, G+ and twitter followers.

invisu’s One-Pager wizard showcases a startup’s story to investors by guiding entrepreneurs through a simple and streamlined process of storytelling, creating clear, visual one pagers/send-out decks to investors, while track investor engagement on a dynamic dashboard. Investors receive a visual, responsive one pager, enabling them, in minutes, to understand what the company does and whether to meet them as a potential investment opportunity.

Donna Griffit, an International Corporate Storyteller, became a Founder herself to solve the problem she encountered all over the world – startups struggling to clearly and concisely tell their story in a way that gets them investor meetings and the funding they need. Being a pitch mentor for the Google Launchpad Week Program since its inception, Griffit says that she is “excited and proud to provide the startup community with a tool to streamline their storytelling and fundraising process and welcomes startup Founders to join invisu.me and get the investor meetings they so deserve.”

Eight ways for startups to successfully work with a PR agency