iDENTV, the platform that makes it quicker and easier to accurately analyze thousands of hours of video content has now launched its logo detection tool.

This new feature lets iDENTV users match logos or company objects in any television ad or online video within 0.4 seconds. The platform can track objects and logos in real time across hundreds of thousands of recorded video hours, and is currently deployed on 292 television stations 24/7.

Thanks to iDENTV, previously unknown and unmeasurable brand appearances in video content can now be tracked to generate new data points, for instance when the logo appeared, how long it appeared for, and where it was shown. This means users can identify in real time brand appearances, enabling more accurate data-driven marketing and cross-channel decision making.

Mohammad Shihadah, iDENTV chairman and CEO, said, “iDENTV’s new logo detection tool enables companies to track contextual clues, increasing the value to video advertisements. By recognizing the logo, we increase the overall value to both buyers and sellers. Placing ads people want to see is the key to increasing return on investment (ROI) and performance.”

The logo detection tool protects brands by recognizing and alerting them to their logo’s presence before, after and during potentially explicit or mature content, ultimately enabling companies to avoid unflattering, explicit or illegal videos being associated with them. It also allows businesses to better monetize otherwise useless data in new ways by notifying users when and where a logo or brand is prevalent.

Today, video provides limited data into its content, primarily via the title and tag. Sellers and buyers have very little insight into the potential value of user generated video. By introducing Artificial Intelligence (AI) and computer vision into marketing services via iDENTV’s capabilities, predetermined marketing expenditures such as product placements and sponsorships can be better tracked. This in turn increases transparency and the value of these previously unverified expenditures.

Shihadah added, “iDENTV is changing the way that large-scale video data can be understood and analyzed. We provide iDENTV users with practical solutions for Big Data video analytics with a platform that tackles problems caused by the massive proliferation of video sensors. This trend is being led by all manner of new technology, including cell phones, surveillance cameras and even drones.

“The vast amounts of visual data generated from these sources – both online and offline – renders text-based analytics useless, highlighting the need for a solution like iDENTV.” 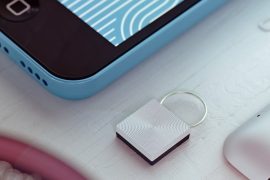 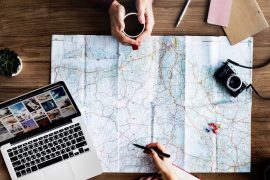