Harleen Kaur is nothing if not ambitious. She launched her career with a job as a space engineer in NASA which for her was a dream come true, but after a while, she wanted to get more hands-on and became the first engineer for a satellite startup. After a stint at Rolls Royce as the youngest ever vice president (and first female one), she moved to Berlin to work in another startup which she grew from 5 million users to 25 million before deciding to work on her own startups.

We spoke to Kaur about her newest project Ground, which debuts today. Ground is an anti-fake news app, which uses patented AI technology and eyewitnesses to give a real representation of what is happening in the world. She talked to us about how unimaginative people are with their smartphones, how Ground evolved, and why her father-in-law thinks Michelle Obama is a man.

For Kaur, technology is an incredible thing that has completely changed the way we interact with the world, but as technology advances, people are still sticking to what they know.

“It was true in 2015 and it’s true now that everybody in this world – or at least 2 billion – are carrying around this amazing technology called a smartphone,” Kaur said. “And yet, all we do with this smartphone is communicate with people we already know through first degree and second degree, and we’ve perfected so many ways to do that…But what if you want first hand information from somewhere where you don’t know anyone on the other end?”

This idea caused her to create UCIC (you see, I see), which she co-founded with her brother Sukh Singh. The app allows you to connect with people all over the world to see what is actually happening where they are, and what struck them was that people were almost always using it for news.

“The geopolitical climate changed due to the US election and everything, and the validity of news really came to the forefront,” she explained. “What we realised with UCIC is that it’s incredibly powerful when someone on the ground shows you photos and videos.”

Kaur told us that there had been various moments with UCIC where what was shown through the app was very different to the version that appeared through traditional media sources or social media. The app also allowed eyewitness accounts from difficult-to-access countries such as Yemen. Each time something like this came up, they realised how a person on the ground is integral to broadcasting a well-rounded and truthful account of world events.

And Ground was born.

Also co-founded with her brother Singh, the app uses what they’ve learnt from UCIC, along with AI technology human eyewitnesses to create a news experience that can actually be trusted.

The app incorporates all standard journalistic resources and social media reports, as well as reports from the people who are actually there. The app places a virtual geofence around an event, and contacts Ground users within that area to report on what is actually happening, inviting them to upload videos and pictures, and also to flag any fake news that is being published.

The idea was to fight back against fake news and allow both established journalists and citizen journalists to have the chance to report the real story, making sure that anomalies and fake news are branded as such and downvoted. The AI technology within the app checks the geo-location of posts, and also checks the metadata of uploads, ensuring that videos and pictures haven’t been tampered with before being posted.

“I think two kinds of people matter for news,” Kaur told us. “One is people who are journalists, who know what they’re talking about and can give the context and can write about that. And the other is the people who can see it or who are experiencing it. The rest of the world can hashtag about it, but Ground gives these guys the stage, these are the only people in the world who can actually upload content.”

Kaur recognises that technology has had an amazing effect on our society, and has made the world a level playing field, as she puts it. However, it has also caused the rise and propagation of fake news, which society isn’t ready for, especially those of the older generation.

“My father-in-law can come out with something like ‘Hey, did you know that Michelle Obama is actually a man?” She laughed. “He can’t differentiate something he saw on Facebook, which is complete BS, to something from a reputable news source.”

This was the world of previous generations; the six o’clock news world, where people heard something on the news or read it in the paper, and it was accepted without question. However, as the internet grew, news quickly transitioned from traditional journalism to social media, which although is very good at spreading information rapidly, was never meant for news.

Fake news and technology work incredibly well together, but it’s not technology’s fault; it is just doing what it does best. Social media works so well because people believe in something if others believe in it. If there is some ‘news’ that has had half a million retweets, people will believe it is true. Kaur thinks that those who are propagating fake news are taking advantage of the fact that volume is seen as a signal of authentication.

It’s not just social media that is having an effect on the way we see the news. Google news and Apple news work with AI to lengthen the amount of time a user spends on an article by showing them the articles they like to read. This means people spend longer on the articles, because they are being fed what they want, creating a ‘filter bubble’ that doesn’t show them all of the real news, or doesn’t show them that there is uncomfortable news out there.

“It’s because it’s more comfortable [to read this filtered news],” she said. “It’s almost like a diet, like you got used to eating something so it’s going to be very uncomfortable feeding you something else.”

Will Ground be the end of fake news? Will we ever get rid of it? Kaur laughed.

“It’s a hard question,” she said. “I do think that we can. I think the first level is awareness, and we’re getting there. The second level is coming up with solutions. So I really hope Ground is a piece or a part of the solution that can help flag it, that can help raise awareness of what is the truth, and what isn’t.” 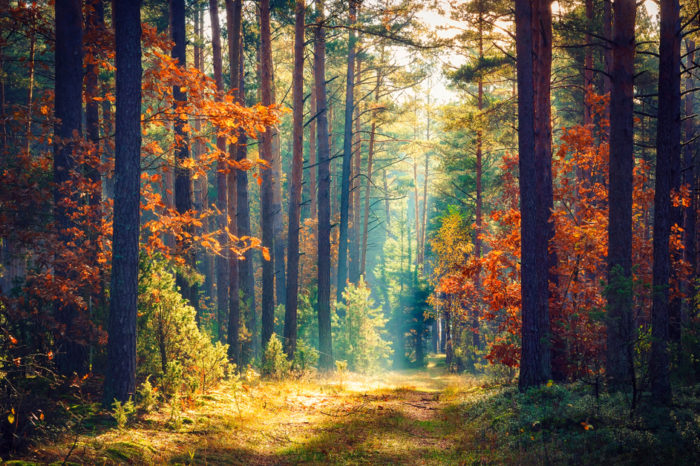 Tired of the city? Escape to the country in an eco-friendly holiday cabin with a twist