Thanks to smartphones, humans now have a shorter attention span than goldfish. Although many berate our dwindling ability to focus on something for more than five seconds, one startup is somehow using it for their advantage.

According to a report by the Telegraph, the 2,000 people surveyed showed that humans` attention span dropped from 12 seconds in 2000, to 8 seconds in 2015, while goldfish stay consistent at 9 whole seconds!

In a world where popular content like Instagram and Snapchat videos last for a few seconds, and Youtube videos can last for hours, Unreel, a content sharing platform launched JustLOL to make the most of our barely-existent attention span with the help of AI.

The startup founded by Dan Goikhman and Krish Arvapally, two veteran entrepreneurs in the content industry, along with their AI sidekick Bumblebee, came up with JustLOL, claiming, “It’s not just a name, it is a promise! This FREE app will make you laugh guaranteed or your money back”.

In the app, the AI (Bumblebee) goes through the video directory and then scours the web to match every video with online conversations about it. The process only gets interesting when it identifies the most talked about moments of a video by users, then creates tags of the comments along with the exact second they`re talking about.

Unreel also added an instant GIF creation feature, so users can share their favorite moments of a video over social media.

Take “Charlie bit my finger,“ a cute video with 852 million views where a baby bites his older brother’s finger. Now users can skip to the moment Charlie bites him again, and/or create a GIF of Charlie`s adorable-yet-evil laugh.

The app is constructed to comply with the eternally-bored millennial generation, letting users skip to the next video just by swiping left on their screens.

According to an article by founder, Goikhman, the simple-yet-genius package that the app offers put it on the Top 100 list on iOS, the day after its release. 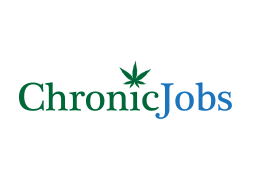 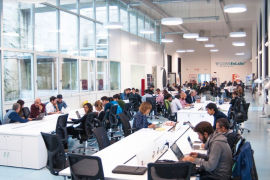