A recent revelation shows that the Iowa Lottery continued to sell tickets to players well after it received a security warning regarding high susceptibility to fraud. Though this happened in 2015, where the Iowa Lottery consistently marketed four games after the severe warning, the Star Tribune just reported that there were clear security concerns with the contractor that picked winning numbers.

As fraud continues in lottery cases around the country, it is apparent that consumers need an added protection beyond what government agencies give them. Earlier this year, it was discovered that an IT worker at the agency which coordinates lotteries between five states, including Iowa, was rigging the winning numbers and had family and friends buy the tickets before they were announced. Insider fraud like this has become all too common in the U.S. lottery.

One solution comes in the form of Lotto Exposed, which has conducted some 10,000 online reviews of lottery services throughout the past decade.

“There are many overly aggressive tactics and nasty tricks lotto websites employ nowadays. Almost on a daily basis, we receive complaints about unknown charges, annoying calls, unresponsive support or fake winning alerts,” the company’s site reads. “We are here to serve the interests of lottery players, including their safety and vulnerability to scams. Regulation is not doing enough to stop scam and that’s why Lotto Exposed has scaled up its detailed reviews to cover all the lottery ticket sellers available on the Internet as well as provide unbiased, accurate information on the biggest lottery draws a player could possibly interact with.”

This one, and other services, have given users a clearer sense of which online lotteries are scams and which are legitimate.

According to data compiled by the Better Business Bureau, half a million people in the U.S. and Canada have reported lottery fraud in the past three years with total losses amounting to more than $115 million. Some nefarious schemes have gone far enough to scam people into thinking they are donating to aid relief.

As the industry is set to grow by nearly 10 percent in the next few years, it becomes more and more necessary for startups and other businesses to become consumer protectors against growing scams. 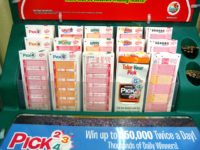