In the age of hyper-connectivity, you don’t have to be in Palo Alto to develop the next world-changing algorithm. In an era of digital inclusion, where information and powerful technologies once available only to huge organizations become more accessible everyday, and no-name startups burst on the scene to compete with industry giants, the little guys can have more than a fighting chance.

Or so goes the philosophy of Rokk3r Labs, a venture builder that cobuilds exponential startups worldwide, and which recently opened an innovation center on the IDE Business School campus in Quito and Guayaquil, Ecuador.

Where there’s an empowered entrepreneurial mindset, there’s a way ­– that’s the conviction underlying Rokk3r Labs’ 10xU IDE innovation center, which offers courses to equip Ecuadorian entrepreneurs with the skills they need to scale local innovation on the international stage. 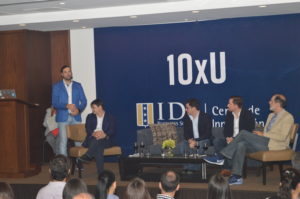 And it’s that conviction that brought Rokk3r Labs to Latin America in search of the next big startup – in spite of, and because of, the region’s significant talent shortage.

The lack of technical training among Latin Americans remains a huge obstacle to the region’s prosperity in the digital age. In fact, according to the 2017 Global Talent Competitiveness Index, which ranks countries based on their ability to develop, attract, and retain talent, not a single Latin American country broke the top 30.

Even still, Rokk3r Labs, and many others, have reason to believe in Latin America. It is an entrepreneurial-minded region that has enthusiastically embraced the digital age. From 2011 to 2016, the number of Latin American households connected to the Internet tripled to 50 percent. They are the world’s most avid social media users, and according to the World Economic Forum 60% of working-age Latin Americans view entrepreneurship as a desirable career.

It’s a culture primed for the age of exponential technologies, Rokk3r Labs’ Chief Strategy and Creative Officer Germán Montoya will tell you. “With some technical and entrepreneurial know-how, and an empowered mindset, Latin America will produce its own world-changing startups,” says Montoya. 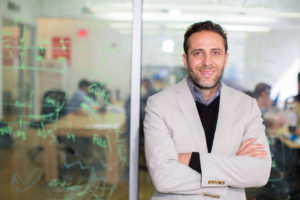 And that’s where Rokk3r Labs 10xU comes in, as well as the company’s plans to expand the program into Latin America’s other developing countries. Though the courses teach the principles of company building – from crafting a vision, to team building, to raising capital and scaling – the focus is also on mentorship and empowerment.

“In truth, entrepreneurs in many developing countries across Latin America face a myriad of obstacles,” says Montoya. “But with the right skills, and a recognition of their potential as entrepreneurs, they can turn obstacles into solutions – public mistrust of banks might mean a bankless payments app, a lack of access to water might mean a drone water-delivery service.”

As digital inclusion continues to level the playing field globally, 10xU is confident there are entrepreneurs out there ready for their shot to innovate on a grand-scale. And in searching out the next exponential startup, they’ve got reason for optimism. 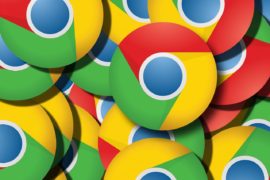 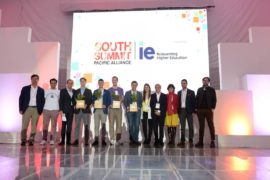