Singapore startup Pie has raised a $1.2M round of funding from GREE Ventures, Koh Boon Hwee, Wavemaker Partners (DFJ Network), Dennis Goh, and Ivan Yeo of YSS Capital. Including an initial funding round of $800k Pie has raised a total of $2M to date.

Kuan Hsu, Principal of GREE Ventures: “We’re extremely excited to be investing in Pie as we were impressed by the strength of the team and their vision for mobile communication and collaboration. Messaging is of course a mega-trend that’s still evolving, particularly on the enterprise side, and we feel the Pie team is addressing a market, particularly amongst SMEs, that’s in-between consumer apps like WhatsApp and heavier enterprise software like Slack.”

Pie is chat for work geared at the less tech-savvy workers that currently still use email, Skype and WhatsApp. Silicon Valley darling Slack has shown that there’s huge appetite for these type of solutions.

With an increasingly hot space it’s easy to label Pie as just another player. But there’s something different about its approach: instead of targeting and designing for tech companies with the usual developer-focused bells and whistles, Pie’s focus on a more simple and friendly experience is unintimidating even for the most technologically challenged.

“We believe the real blue ocean opportunity of enterprise messaging lies in a simple offering with the same broad appeal as popular consumer apps.” co-founder Pieter Walraven explains. “Outside the software developer niche most people still use WhatsApp for work. People realize it’s not ideal, but they won’t switch to an enterprise equivalent because it has a few enterprise features slapped on. It’s key to also offer the same high level of simplicity, design, and speed of the best consumer apps for most people to make the jump.”

This is where Pie separates itself. Similar to how companies like WhatsApp approach product development, Pie is relentlessly focused on optimizing and polishing the core user experience. As a testament to their borderline-mad focus, Walraven keeps track of over 144 consumer and business messaging apps.

Most of the Pie’s team members have a consumer software or gaming background. Walraven was product manager at social gaming startup Playfish (acquired by EA). Other key members of the team have worked on BeeTalk, Bubbly and Mig33, all consumer messaging apps.

“Instead of competing on the number of features and integrations we’re obsessed with things like user-onboarding, performance, design, and usability.” says Walraven. “As a result we appeal to an audience that’s underserved by other enterprise chat players. Companies on Pie are in marketing, advertising, and publishing, but we also have flower shops, manufacturing plants, universities, and churches using us. Most companies on Pie like us for the things we don’t do. They require a simple and fast solution without a learning curve.”

Besides a consumerized experience Pie offers enterprise level security and has your usual list of enterprise messaging features. You can set up groups or have 1-on-1 conversations and notifications instantly sync between all devices. Pie is visually rich with in-line gifs, pictures, videos, music, files, @mentions, link summaries, and emoji. The app integrates with Dropbox, Google Drive, and Box.

End of last year Pie was invited by Apple as one of the few companies in Asia to come work on the Apple Watch. The app went live on the official Apple Watch launch date and was featured in the ‘One-Touch Messaging’ category across Asia.

Pie for Apple Watch lets you check notifications and access your lists of 1-on-1 and group chats. Notifications can contain text, images, gifs, or video. The app also allows you to dictate replies or send one-tap Quick Replies like ‘Ok’, ‘Later’, and ‘Call me’ without having to whip out your phone. The Quick Replies feature is also available in Pie’s iPhone and Android apps, allowing users to send quick messages with a single tap instead of using a keyboard. 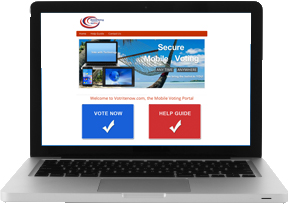