If we’re covering our cities in concrete paving slabs, why not make them out of recycled waste and get them to produce clean energy?

This exactly what Hungarian-based Platio have done with their slogan: “Clean energy from the pavement.” They created solar panel pavement slabs using 90 percent recycled plastic, that fit together like lego bricks, and can be used anywhere, creating clean, renewable energy that can light street lamps, or provide grid free energy for neighbouring businesses. They have a peak output of 11.7kw, which can power a standard light bulb for around 117 hours.

Their first project was at the 2017 World Expo in Astana, Kazakhstan, where 80 squared meters of their panels were laid in the new ‘Green Quarter’ of the city, which integrates new green technology into all aspects of the area. They also have a solar pontoon bridge in Sweden, which will supply energy for ships and port facilities.

A community-based project saw a return to Hungary, and they partnered up with Hello Wood, a unique Budapest-based design company, to make ingenious undulating benches in Budapest that can charge your phone through USB ports or even QI compatible wireless chargers.

“In this smart furniture project, our goal was to bring people closer to renewable energy sources by providing clean energy for their devices and also by creating a comfortable urban environment,” said Imre Sziszák, the founder and executive director of Platio.

Platio is not the only company trying to lay solar panels in urban environments. 2016 saw Wattway build the world’s first road paved with solar panels in Northern France, and Dutch owned company Solaroad created a trial solar panel bike path in 2014 in the Netherlands. In France, it is just a trial to measure durability and output before they are laid anywhere else, but it is possible they will experience the same issues as Solaroad. Solaroad can produce around 3,000 kilowatt-hours of power, but as Quartz notes, the estimated cost of building it equated to around 520,000 kilowatt-hours of power.

Not only this, solar panels are much more efficient when laid at an angle, rather than flat, as is necessary on a road, so they can pick up more of the sun’s rays. Slate  wrote a particularly pessimistic review of solar roads, adding that this would mean driving on transparent surfaces, which could be slippier and more dangerous.

However, solar energy in cities and roads can be efficient and practical. Italy, Germany and the US have solar-powered highways, with solar panels stretching along the corridor between the two roads. These power street lamps, road signs and tunnel fans without any need for polluting fossil fuels.

Solar Roadways, a US owned company, has also created solar pavements, with the vision to move on to roads and highways. The owner, Scott Brusaw noted that asphalt covers 48,000 square miles in the US alone.

“Our plan is to replace all the asphalt and concrete,” he told The Associated Press. “If you cover it with solar panels, we can make 3 times our energy needs.”

Solar energy is becoming increasingly popular around the world as a cheaper alternative to fossil fuels. These innovative mindsets, especially those that find new ways to use recycled materials, are set to make our urban environments greener. 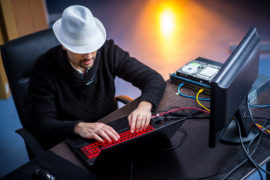 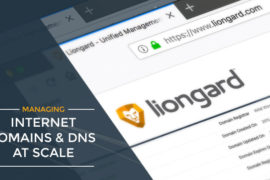