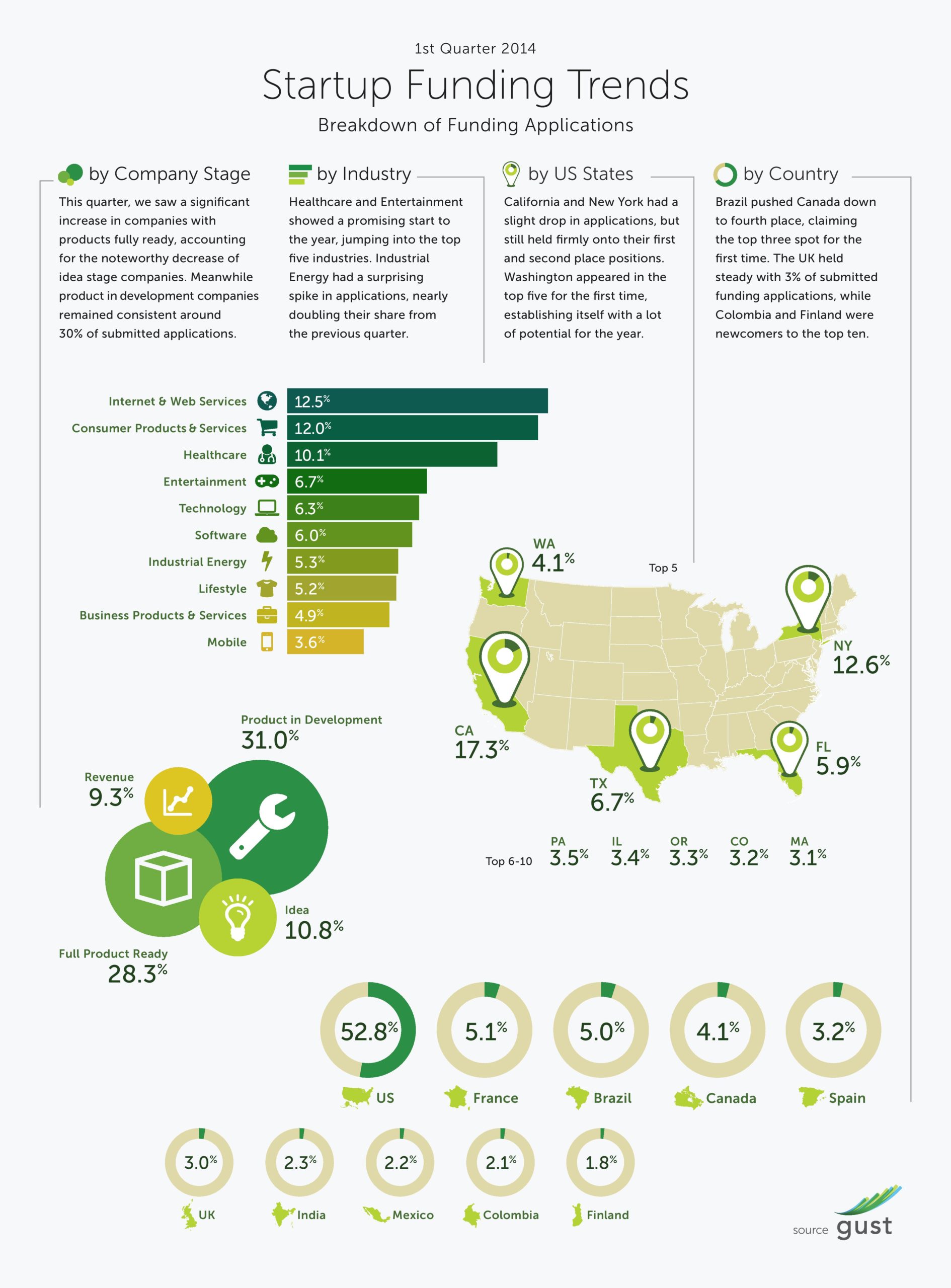 In the first three months of 2014, we’ve seen a lot of momentum and changes within the top industries, countries, and cities in the global startup ecosystem. While the United States still continues in its dominant position, other innovation economies around the world are jockeying for positions in the remaining top ten slots. The hot startup world in Brazil outpaced Canada this quarter, joining France and the United Kingdom to round out the top five, while Colombia and Finland broke into the top ten for the first time. Finland also saw the biggest growth spurt, increasing 111 percent year-over-year. Also showing strong growth were Brazil, up 64 percent, Spain, up 63 percent, and Colombia, up 47 percent.

Within the U.S., it was no surprise that California again produced the greatest number of startups (nearly one fifth of those in the U.S.), but New York—the world’s fast growing startup hub for the past several years—continues to narrow the gap as the strong number two. Texas knocked Florida out of the top three with the Sunshine State dropping several percentage points in its share of total funding applications compared to Q1 2013. The first quarter also saw Boston continuing to drop in the number of startups it originated, although it still commanded a significant share of venture capital investment in more mature companies. The state of Washington had the largest startup gains, appearing in the top five for the first time with a growth of 71 percent from Q1 2013, as Seattle and the surrounding regions worked together through organizations such as the Washington Technology Industry Association to proactively encourage technology-based innovation.

Internet and web services startups—as usual—were the largest industry sectors seeking equity funding, making up 12.5 percent of total funding applications. The sectors with the largest growth over Q4 2013 were Healthcare, Software and Consumer Products and Services—up 5.3 percent from Q4 2013 and altogether accounting for more than one-third of funding applications in Q1 2014. As the bar for Seed funding continues to rise, companies need to bring more traction to the table when seeking investment, and the first quarter of 2014 saw a significant increase in startups applying for funding with their products fully ready or already generating revenue.

David S. Rose is a serial entrepreneur who crossed the aisle to become one of the country’s leading Angel investors…and then crossed back to found Gust, filling a major need in the rapidly growing world of early-stage investing.

As an entrepreneur, David has founded half a dozen companies since his first at the age of ten, and has personally raised tens-of-millions of dollars of venture, strategic, and institutional capital. He was named to the Inc 500 list as CEO of one of the country’s fastest growing private companies, and has been described as a “world conquering entrepreneur” by BusinessWeek.

As an Angel investor, David founded and chairs New York Angels, one of the largest and most active Angel investment groups in the US. He has personally invested in over 70 early-stage companies, and serves on the boards of directors of KoolSpan, Magnify Networks, Social Bomb, comiXology, and Pond5.

Outside of Gust, David is managing principal of Rose Tech Ventures, chairman of Egret Capital Partners, and track chair for Finance, Entrepreneurship, and Economics at Singularity University. He has been dubbed “The Pitch Coach” by BusinessWeek for his work with early stage entrepreneurs, a “top dog in tech” by Crains New York Business, and “patriarch of Silicon Alley” by Red Herring magazine. 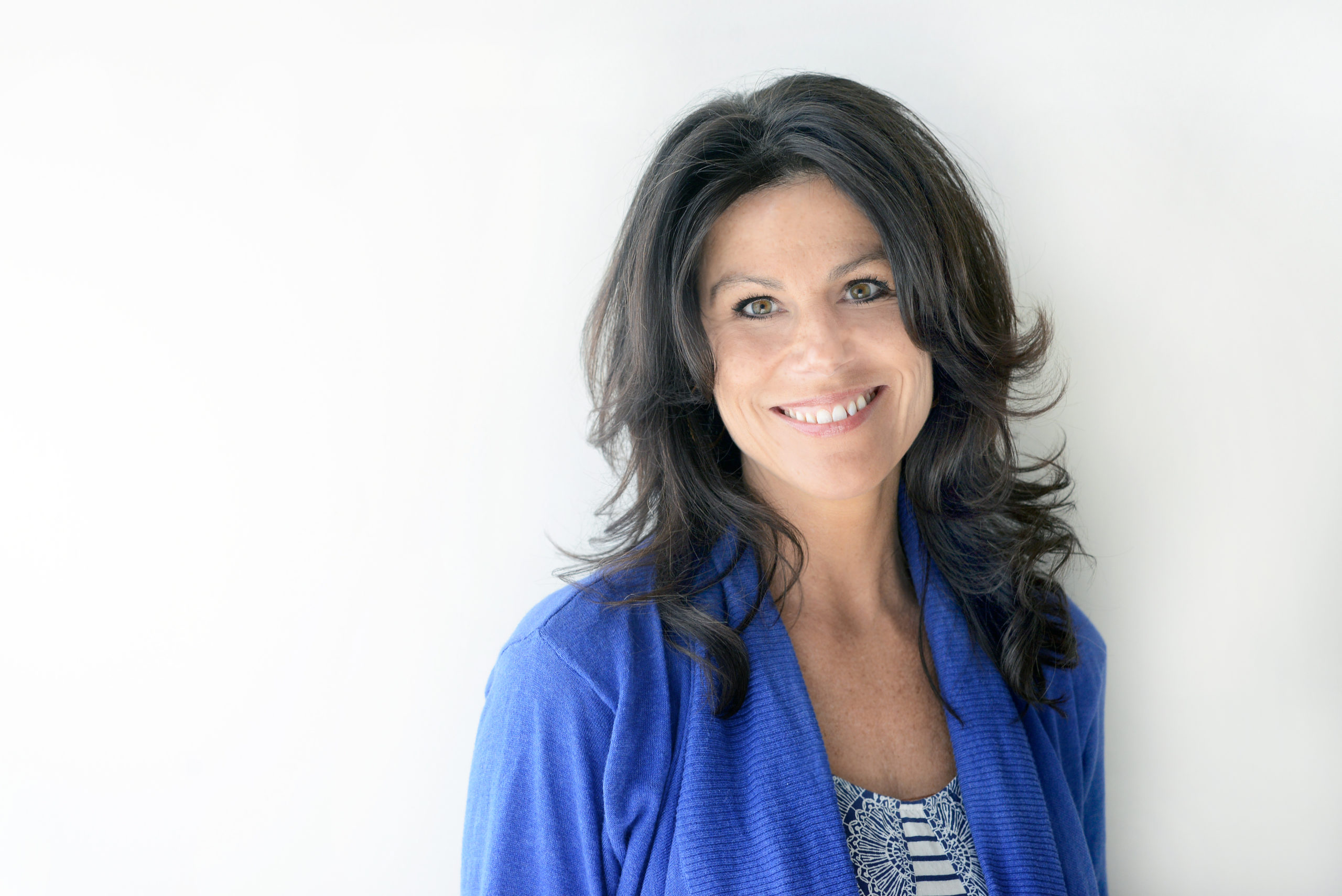 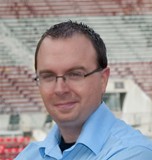