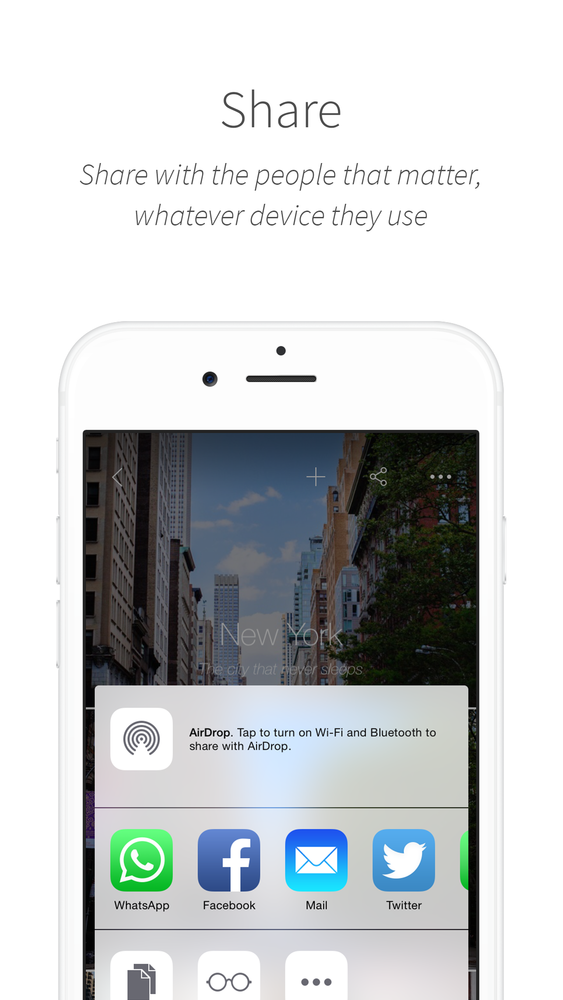 With the app iPhone users can create rich photo and video narratives more easily while on the go.

NETHERLANDS – MyAlbum is a visual storytelling platform launched in public Beta last May. Today the iPhone app was added as a way to create visual stories on the fly with your own photos and videos. To make these stories even more compelling users can enrich them with their own text, maps, the weather, tourist info and 10.000+ other elements.

Visual stories on the go

Tech startup MyAlbum adds an iPhone app to its Visual Storytelling platform today. With the app users can easily create and view their visual stories on the go. Stories start by uploading photos and videos which automatically get arranged in a beautiful grid. MyAlbum uses smart algorithms to decide the way the grid gets arranged. More to tell? Users can enrich their stories using the tablet or PC with text, maps, the weather, tourist info and 10.000+ other elements. Adding context is a breeze by combining the EXIF data stored in photos and videos with several APIs.

Later this summer the enrichment features, currently only available on tablets and PC’s, will be added to the app. The iPad version of the app is expected to be available in the fall followed by Android by the end of the year. Meantime, Android users can still view, upload and share photos.

Netherlands-based MyAlbum has spent over a year working on the platform which launched in public beta last May. To date 32.000 users have signed up during the Beta phase. The team of 14 had an initial investment of EUR 1,000,000. The site is available in 5 languages: English, Spanish, German, French and Dutch.

“Visual storytelling is the next step in evolution for photo/ video sharing sites and social networks. These platforms are semi-public and aimed at sharing without any context. MyAlbum takes the next step forward by introducing enriched visual stories with a smaller more private audience. The market could not be more ready for this,” said co-founder Jos de Schiffart.

People are shooting more photos and videos than ever before, while only 3 billion of them are shared across social media each day. Why? There is a mismatch between the content and the audience. With MyAlbum users can choose a different audience for every story they create.

SenaHill takes stake in Airex, joins board, and is retained as advisor