The Lightning Pitch: Say hello to MediaHound, the Kayak of content

Why we like it: You’ve been dumped by the love of your life, broken your leg during your latest snowboard trip to Tahoe or caught a nasty flu off your co-worker who won’t cover his damn mouth when he coughs. Sometimes in life for one reason or another we end up spending our free time sat on the couch at home.

What better way to spend this forced free time than binge-watching movies, series, nature documentaries or whatever media floats your boat? Whether it be the blood and partial nudity of Game of Thrones, the bad ass bikers of Sons of Anarchy or hilariously surreal humano-animalistic world of Bojack Horseman, the main way we consume our digital media these days is online. Now, your sister’s netflix account might work for the more popular shows like the aforementioned, but when you start looking for older or more obscure content – say 1920s English gangland series Peaky Blinders or perhaps cult-indie classic Repo Man – you might have to troll through various different platforms to find it. Cue media curation platform MediaHound.

Rather than flipping from Netflix to Hulu to Amazon to find your favorite content, Media Hound’s platform lets users discover and share entertainment from all major media platforms in the same way Kayak does for flights. Founder and CEO Addison McCaleb built MediaHound after realizing that each individual media platform was limited by its own catalogue. The idea came to him when flipping through his on-demand streaming platforms looking for one of his favorite movies Elf, but the only place that offered it was Amazon. It dawned on the young entrepreneur that there was a fragmentation of digital distribution between the various sources of media content and he set about building the award-winning entertainment curation platform.

Although the initial idea was focused on movies and series, McCaleb soon noticed that music, books and almost every type of entertainment was equally fragmented across different sources. MediaHound was designed to be the singular, unifying platform for all types of entertainment. Recently, they have won Webby and W3 awards for a number of new apps using their innovative algorithm, which allows users run a fast and comprehensive search spanning all types of media from movies to books, songs, and games as well as moods, themes, tones, genres, and reviews.

We love it because it saves us time and makes searching for our favorite entertainment a hell of a lot easier. That’s a big win in our book. 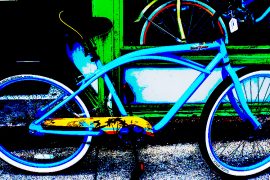 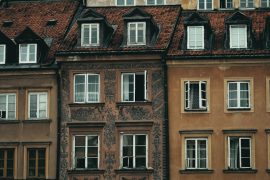