Unreel.me, the leading platform for networks and publishers launching OTT streaming services, has partnered with Hard Knocks Fighting Championship to launch Battle Zone, an OTT streaming service for fight fans to access MMA and other fight sport content on all of their devices at anytime.

Unreel builds intelligent OTT branded apps for video content owners. The platform gives publishers full control over their content, providing them with tools to boost viewer engagement, build their community and monetize content. Partnering with Hard Knocks Fighting, a premier MMA promotion platform, showcasing the world’s elite up and coming athletes on a global stage, will allow fans to view fighting content on the devices they prefer.

Content on Battle Zone has been taken directly from The Hard Knocks Fighting Championship, as well as other prominent promotions from around the world, and includes fighter profiles, fight clips, behind the scene footage, brutal after fight interviews and more. The launch of Battle Zone is a chance for an up-and-coming league to self-distribute their fights on the same platform as the major players. Fight fans can now watch fights on their own devices from anywhere.

“Partnering with Unreel is a step forward for the MMA industry and will provide individual promotions with access to a large fan base they do not currently have.” said Ari Taub, CEO at Hard Knocks Fighting Championship. “Now our fans will be able to watch events from all over the world on devices they prefer. The big screen is made for fights, and Battle Zone will ensure they can be streamed on Smart TVs.”

The OTT video industry is worth $64 billion in annual revenues, and is predicted to exceed $120 billion in the next four years. With over 200 OTT services in the US market, Unreel empowers content providers to break free from traditional distribution methods and stand out in a crowded space. The launch of Battle Zone will attract more MMA and fight fan enthusiasts to watch content from their favorite providers, when and where they want.

“We are excited to partner with Hard Knocks Fighting Championship to bring OTT streaming services to a new industry,” said Unreel CEO Dan Goikhman. “Battle Zone will keep fight fans on top of events from around the world as well as attract new interest to this growing combat sports genre.” 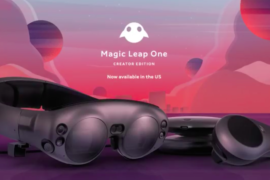 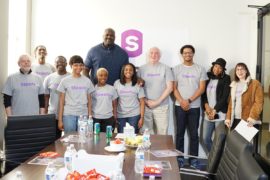 Peru’s Largest Venture Capital Event Is Back This September