One of the largest airline operators in the world has announced a partnership with the polemic, crime-predicting startup Palantir. United Airlines has become the first airline to team up with Palantir, according to the Sociable’s Tim Hinchliffe, although the two sides are expected to have partnered up last year.

The notorious software company founded by Peter Thiel and backed by the CIA has made headlines over the years for its tracking system that has become of great interest to public sector agencies in the U.S. One military contractor told Bloomberg that Palantir was “the combination of every analytical tool you could ever dream of. You will know every single bad guy in your area.”

It has been used for counter-terrorism operations, fraud investigations, and in combating cybercrime. The name itself is taken from a magical object in the Lord of the Rings that allows characters to see into other parts of Middle Earth.

So what does United Airlines expect to get out of the new partnership with Palantir’s product Foundry?

“By utilizing Foundry, we are making the most of our data and providing actionable insights that help us to continue our efforts to improve the overall travel experience for our customers,” said Praveen Sharma, vice president of digital products and analytics at United Airlines, in a press statement.

Though the deals of the contract were not specified, this begins a “long-term relationship,” per the news release.

“We try to ensure our software is helping transform the world’s most important institutions,” said Josh Harris, an executive at Palantir. “We’re excited that United is the first airline in the US to deploy the Foundry platform enterprise-wide and to be working with such innovative partners that are eager to leverage data to transform the travel experience.”

Though the official statement only addressed “data initiatives” across the company, it is a safe bet that it will be to ramp up United Airlines’ security in both the cyber realm and the real world.

More importantly, it means that Palantir now has access to United Airlines’ vast field of data.

According to the Sociable, United Airlines carries out some 4,600 flights every day to more than 350 airports spanning five continents. Last year, United operated more than 1.6 million flights.

Palantir has been involved in a number of scandals that include spying on progressive activists in the U.S. and contributing the tools necessary with which to carry out the data manipulation of Facebook users through Cambridge Analytica. 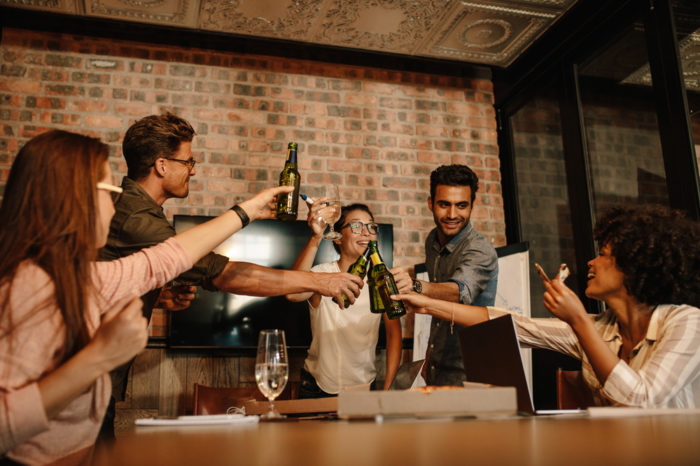 How startup culture is taking over offices across the world