Tinder is bloody popular, isn’t it? There are a host of other dating apps out there, including Happn, Bumble and others, but dates with people you meet via smartphone apps will forever be known as Tinder Dates. Essentially, Tinder has done better than any of its competitors to become part of modern day vernacular.

It is for that reason that new apps are often referred to as ‘The Tinder of X’, whatever X is (though obviously not for new dating apps, because Tinder already exists).

Anyway, AirFive is, in a lot of ways, the Tinder of Networking. Now, this would be a good time to confess to having used that phrase before – to describe Scheduit, actually – but AirFive takes the crown. Now would also be a good time to say that this is meant entirely as a compliment.

According to the founders, AirFive’s goal is to teach students and alumni to network better and to improve their lives in the process. It was founded by Jeremy Redman – who was later joined by Johnny Whitfield – to stop students from making the mistakes that they did while building their own networks.

AirFive teaches students how to network, through mentorship between underclassmen, upperclassmen and recent grads because jobs are filled by the networks we keep and maintain well before they hit a job board.

The premise of the app works on similar lines to a certain aforementioned dating app – just without so much rejection. Users find alums they want to meet up and connect with, swiping right to eat with them, or left for a drink. Easy.

Already, AirFive has some 550,000 groups from 2,600 schools that people can connect with, meaning the opportunity to grow a professional network is – as they put it – right there in the palm of your hand.

But how important is networking? Well, according to the internet, very. Writing in Fortune, NYSE president Tom Farley says that he owes “every job I ever had” to successful networking. Similarly, talking in Huffington Post, Madeline Bell – president and CEO of The Children’s Hospital of Philadelphia – labels networking as “an essential part of advancing your career”.

Of course, problems with traditional networking rely very heavily on one thing: access. Apps like AirFive should be commended for taking down barriers to access by digitizing the networking process. All to often personal image – which lets face it, can be determined by socio-economic circumstances – comes into play with social mobility.

As an app, AirFive is networking for the millennial generation and, hopefully, the generations coming after them. 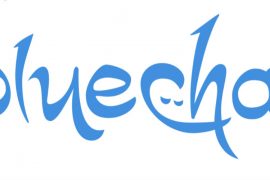 Making the most of high deductible health plans 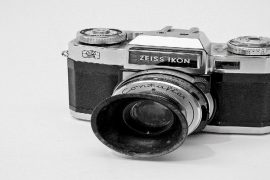 Temprano Techvestors announces launch, helps European tech businesses to make it in the US