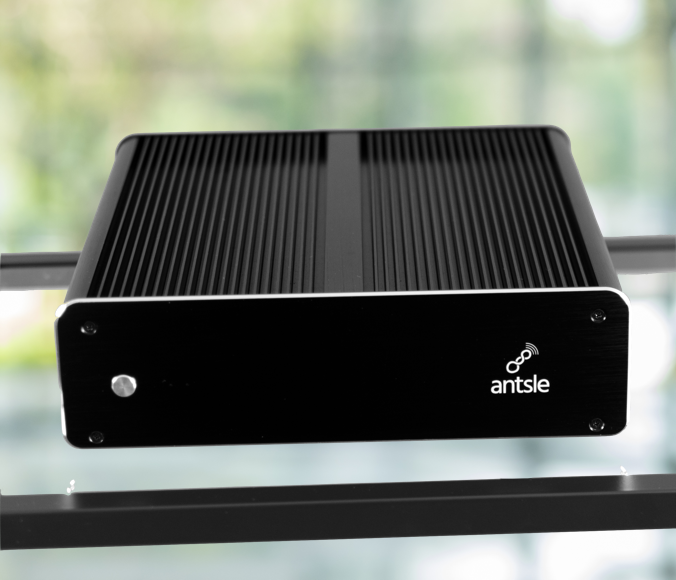 Your code, your data, your rules – Outsmart the Big Internet Companies

Dec 15, 2015 – San Diego, CA – Some may say that San Diego resident and web developer Bernd “Bernie” Blume is a bit paranoid. He did not want his web application code and data to be accessed by the government or by the big web hosting companies. As the Internet is overly centralized, controlled by just a few big companies, Bernie wanted secure control of his stuff. Plus he was tired of being nickel and dimed by these web hosting companies whenever he wanted to try out a new web app.

So Bernie, and his partner Kurt Neumann, founded antsle (https://antsle.com/) to solve the cloud hosting trust and privacy problem as well as the cloud hosting cost problem. The antsle solution consists of an innovative, “living room” compatible, powerful and silent server with custom OS, management software and apps.“With antsle, developers can own their own compact and secure data center in their office or home, able to run hundreds of virtual servers,” says Bernie Blume, CEO of antsle. “This means that there is no longer any excuse to expose your data and work to government organizations.”

“With antsle, developers can own their own compact and secure data center in their office or home, able to run hundreds of virtual servers,” says Bernie Blume, CEO of antsle. “This means that there is no longer any excuse to expose your data and work to government organizations or to big companies like Amazon, Digital Ocean, Google and others. With antsle, all your data is completely in your hands. All for one low price, no matter how many virtual servers you create. We are empowering developers – giving them power to compete – securely and with the guarantee of full privacy.”

The antsle solution is suitable for small office and home environments. 100% silent and easily connectable to your router, antsle is a complete solution for web hosting that includes hardware, OS/hypervisor and management software that enables easy creation and management of VMs for app development. The innovative antsleOS is based on LXC and KVM to run hundreds of virtual servers, and features a GUI developed with Clojure. It also includes integrated security, safety and fault-tolerance. Innovative technical features include ZFS (the fault-tolerant file system), Error-correcting RAM, mirroring (two SSDs. If one fails, the other takes over without loss of data).

On December 15, 2015, antsle will launch their crowdfunding campaign on IndieGoGo. See https://www.indiegogo.com/projects/antsle-home-hosting-yourcode-yourdata-yourrules#/

antsle is pronounced ant – cell. Why ants? Because ants work together to create a community. Similarly, antsle can help create a secure community for developers and creative individuals.

Based in San Diego and launched in 2014, antsle’s mission is to preserve the advantages of cloud computing, while liberating us from its downsides. Our vision is to have antsles in every home, hosting exciting apps, augmenting and partially replacing the large-scale datacenter. A huge number of cooperating, social and hard-working antsles are challenging the dominating status of a few dinosaurs.

For more about how the centralized internet is held hostage by a few big companies, read Bernie’s latest blog – Why the Internet is a Modern Form of Slavery.

What business superstars all do alike