Connections: Another Silicon Beach? Why Miami is poised for a major breakthrough as a startup hub

‘Connections’ is a series of guest posts by people working to build startup-friendly communities in areas that aren’t traditionally thought of as startup ‘hubs’ (Silicon Valley, New York City, Los Angeles, Boston). It is consistent with StartUp Beat’s mission to shine a spotlight on startups that are missed by the larger startup news sites—because innovation happens everywhere.

Over the past several decades, Miami has established a reputation as a beach destination best known for Gloria Estefan, Art Basel and weekend getaways. Rarely would people associate Miami with technology or a strong business climate, but those times have changed.

An emerging trend in the sunshine economy is taking noticeable shape in Miami. Over the past few years, Miami has subtly launched nearly 1,000 startups and is eagerly positioning itself as a gateway market for tech entrepreneurs from the East Coast to Latin and South America. Key reasons for success include community support, university buy-in and although untapped, a boatload of cash.

I can attest as one of the partners of Rokk3r Labs, a technology portfolio company in Miami Beach, that no one has seen the opportunities and headwinds more than our team. In the past 18 months, we have established 27 companies with the hopes of disrupting the way people and companies interact. All but one of our entrepreneurs are based in Miami.

At the beginning of the new millennium, South Florida made a push to declare itself ‘Silicon Beach’ on the heels of companies like CBS Sportsline (pioneer in fantasy sports) and with commercials featuring the legendary Wayne Huizenga. However the mantra didn’t stick, and South Florida hasn’t been taken seriously since in the world of startups.

So why do we believe this time is different? Why can companies like Rokk3r Labs and our portfolio survive today? The major difference is the concept of the startup community introduced to us by Brad Feld (Tech Stars) and others who have successfully launched hubs in locations no one thought possible—like Boulder, Colorado. Feld preached unity in his endeavor to crystallize startup communities and the concept that entrepreneurs should work to support one another. I highly recommend his book Startup Communities.

Today, Miami is seeing something it has never seen before—unprecedented support from local organizations and government entities willing to invest in resources and infrastructure. In the past 12-to-15 months alone, The Miami Economic Development Council, Florida International University, and The Knight Foundation have generously spread grants and infrastructure investment throughout the city. The results are incredible. Today, Miami has nearly two dozen shared work spaces, accelerators and mentor programs that didn’t exist previously.

From December thru May there will be four major events that all seek to make Miami the gateway market for our industry. eMerge Americas, created by Manny Medina (sold Terremark to Verizon) will take place in May and is attempting to bring leaders from Latin and South America to Miami. SIME, traditionally Europe’s largest conference for Internet and digital opportunities, will open in South Beach. FIU, pushing for the title of top tech university in the region, will host its annual America’s Venture Capital Conference and Rokk Miami, a Rokk3r Labs event geared towards bringing together the local leaders to map Miami’s future.

Talk to anyone in South Florida and they will tell you that this couldn’t have happened a few years ago. No one was interested, there was little talent and few investors were willing to take a chance on a company outside of New York and San Francisco.

Although Miami is on the right path, headwinds persist in the forms of talent, smart capital, and successful exit stories. Talent has always been a critique of South Florida across every industry. But with 80 degree weather and the greatest beaches in the world, it isn’t as though we don’t have anything to sell.

One distinct advantage at Rokk3r Labs has been our talent recruitment plan. One of our first orders of business was to develop relationships with the top tier universities that were off-limits to Florida in the past. We built bonds with Harvard, MIT, and the University of Waterloo in Canada, and had a representative spending time on campus. We bought three apartments on South Beach and will place each of those students up for free. Also, we believe that food, sleep, and downtime are necessary, so we feed our team all day, have Yoga sessions on the beach, and play soccer as an office. It is nearly impossible for companies in South Florida to compete against the prestige of Silicon Valley or the excitement of New York City, but Miami is one of the only cities preaching the idea that lifestyle counts.

Another headwind is capital, but it shouldn’t be. Miami is one of the richest cities in the world, but we are fighting against an investor crowd that is used to basing valuation on real estate or consumer brands. Our entire city is going through an extensive education program to inform investors of startup investments and the possible returns. We believe that it will only be a matter of time before a well-recognized venture capital firm comes to South Beach, and after that others will follow.

It’s easy to point out the obstacles and headwinds from afar. But unless you are familiar with the community that is being established in South Florida it is difficult to recognize the positive steps that have been taken to establish Miami’s gateway market.

Once we begin to see a series of exits coming from Florida, more influencers will take notice. Companies being discussed as the first exit are Open English, Live Ninja and humbly speaking, Rokk3r Labs.

If your love for Gloria Estefan, Art Basel or a winter escape brings you to Miami, stop by Rokk3r Labs and allow us to give you a first-hand look at the future of Miami.

Ben Porritt is the Brand Champion for Rokk3r Labs, a technology portfolio company that is a well-recognized leader in the Miami startup community. Porritt has counseled some of America’s top political, corporate and startup organizations on branding and public strategy.

Funding & Acquisitions Roundup: CouchCommerce lands $500K for its software that helps consumers have a better shopping experience on the couch 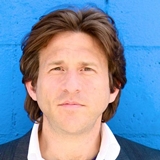