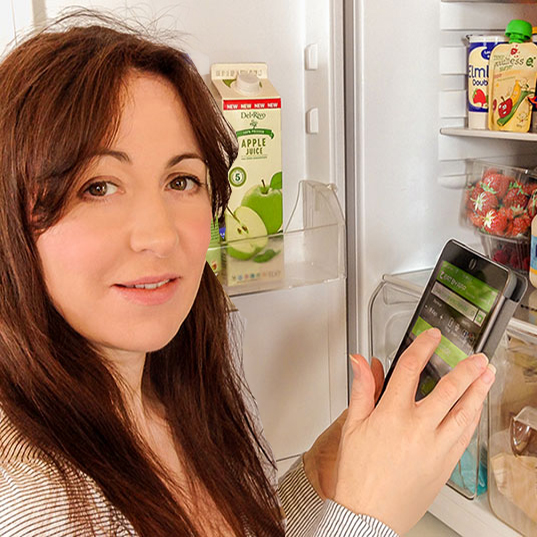 A major new money saving and environmentally beneficial smart kitchen app is due to be launched on the 2015 World Environment Day, Friday 5th of June. The hotly anticipated EatBy App has been tipped to become the must have app of 2015 as it promises to save its users up to $1,000 every year and help reduce food waste.

The staggering amount of wasted food has been widely covered in the press lately. Meanwhile the husband and wife developers of the EatBy App, Steffan and Barbara Lewis, have been working on the EatBy project from their home in Scotland for over a year and a half. Their passion for finding a solution to the environmental issues surrounding food waste has grown since the project began.

“We had the idea one lunchtime after we had to throw out the food we’d hoped to eat because it had passed its use by date. That led to a purge of all the out of date food in our kitchen. And quite frankly, we were shocked and disgusted with ourselves when we realised how much we waste.” said Barbara Lewis.

Over one year later and the app is ready for launch. It will be free to download and use with an optional shopping list that can be activated with an in app purchase.

“It’s important to us that the app’s basic functions have to be free in order to gain and benefit the maximum number of users. Collectively we can all make a huge difference to the environment. And it’s an added bonus that we’ll save around £700 ($1,000) each year.”

And the numbers add up.

Recent reports state that the average household wastes $80 every month on uneaten food. With over 123 million U.S. households that’s $9,840,000,000. With an equivalent amount in Europe, that’s a staggering $236 Billion each year. It’s known that about one third of all food produced is discarded.

But the real cost is to the environment. This amounts to 1.3 billion tonnes of wasted food contributing 10% of greenhouse gasses.

Many strategies for reducing food waste have been proposed by environmentalists, government agencies and industry specialists. But the husband and wife creators of the EatBy App claim their app will be the first practical personal tech solution to the problem of food waste. It is simple to use the Smart Kitchen App, which effectively helps manage the food in your kitchen and lets you know when food items expire. The optional integrated shopping list will also help reduce buying too much food in the first place.

“We are under no illusion that our app will immediately solve this global problem,” said Steffan Lewis, “But if only a few million people download and use it, then it’ll already make an impact and that’d be a great start. Obviously, we’d like everyone to use our app and benefit from it!”

The EatBy App is due to be launched on Android devices on Friday 5th of June and will be rolled out for Apple devices before the end of June. More information about the project can be found at https://www.eatbyapp.com.