Nameless is an anonymous professionals-only social app where professionals can express themselves, share thoughts, ideas, and opinions, and interact openly with other professionals. The only information that the app requires and that users see about other users is the work industry and city/country—absolutely nothing else.

It is a global platform for the exchange of ideas and opinions, and for meaningful social interaction, seeking to give professionals an opportunity to anonymously interact with other professionals.

At Nameless, users create their own posts, and comment on posts by other users. They can also express their agreement or appreciation for a post by ‘liking’ it. The app is divided into two similar areas—the ‘Say Something’ section and the ‘Ask Something’ section. As is obvious by their names, the latter is dedicated specifically to asking and answering questions, while the earlier is about everything else. We have separated these sections because we want to make sure that the questions professionals ask do not get buried under the rest of the content, and have a separate space of their own.

I come from a background in early- and growth-stage investing and entrepreneurship. My earlier venture was a fashion ecommerce company called Desi Boulevard LLC—headquartered in New York.

Desi Boulevard sought to promote upcoming fashion designers from South Asia by providing them an advertising and distribution platform. I was the CEO of the company and had four other co-founders. We quickly built up the company, its social media presence and attracted some great upcoming designers to the platform. However, we ran into founder issues, and given the equity splits, it was hard to find a solution to the issues, and we eventually had to shut down the company.

It was a very hard learning experience for me regarding the team dynamics and founder issues. I learned a lot, however, and that experience is going to be an invaluable asset for me for the rest of my life.

I also hold an MBA from the Harvard Business School.

Our main asset is the content that users produce on Nameless, and the interactions and engagement that happens through that content. Our entire marketing strategy is built around promoting that content and encouraging engagement with it. We do this through multiple social medial platforms such as Facebook, Twitter, etc.

Huge. That is the only word that comes to mind when I think of our market opportunity.

According to research, some 75 percent of online adults use social networking sites. That is a crazy number, but it is not surprising because as the Aristotelian saying goes, “Man is by nature a social animal…” and apps and sites that promote social interaction, networking, and contact are likely to get attention if they offer the right experience and the right value proposition.

Mobile apps have taken social networking to a different level altogether. Now you don’t have to sit in front of a computer to be on Facebook. You can take pictures as you go on your phone, put them on your social networking site, message them to a small private group on WhatsApp and so on. Apps have just made our presence on social media more real-time.

Given all of the above, Nameless is positioned in a pretty unique way. It lets you talk to the world of professionals about essentially any topic under the sun, without revealing who you are—i.e. anonymously.

As we said above, it is a professionals-only anonymous app, and that is our differentiator.

We are currently exploring a set of options, including industry-specific advertising. But it is a little early to have a definitive answer to this.

I don’t think a social app can ever have enough users, so everyone always needs more users. But as we grow and go past our initial milestones, we will need to step out of our bootstrap phase and get external funding. With that would come a bigger team and an aggressive scale-up. 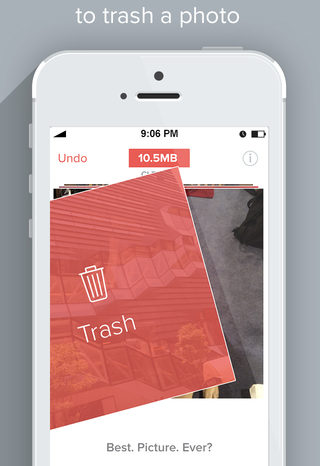 Featured Startup Pitch: Flic is a ‘Tinder’ for your iPhone’s camera roll