Getting your startup in order

For anyone considering starting up a new business in any sector there are two simple choices:

• Compete in an existing market
• Create a new market by inventing a new product or service.

The latter is called ‘Disruptive Innovation’ because the innovation disrupts the market by providing new kinds of access, efficiency, or opportunity and the invention of new needs.

Establishing the kind of innovation that challenges the status quo requires new ways of thinking and doing and disruptive ‘Startups’ are typically established because someone has a creative idea that they then seek to make some money from.

The breakthrough ideas that lead to a new agenda are often the product of instinct, flashes of inspiration, serendipity and chance rather than emulating big businesses tendency to follow trends

Rules Are Made And Followed By People Who Need Them

Trying to make sense of business opportunity is really about the stacking order, either you start with WHAT and work out how to make it happen or you engage with the WHY, which is where you look for evidence of need.

Anyone in startup mode who has had a idea that could be a game changer will have encountered pressure to conform to the norms established by big business. Try asking a bank for a startup loan on the basis of your hunch!

After smirking long enough for you to notice, the more supportive ones will advise you to submit a business plan and that is when you will find that your instinct does not equate to collateral. The bank may recommend you to a new business advisor, or an accountant but it does not really matter who you are talking to the advice will be the same: DO SOME MARKET RESEARCH TO CONFIRM THE NEED. Banks, Venture Capitalists, Angels and others sources of startup investment invariably look for guarantees and they tend to forget that disruption means challenging the norm rather than conforming to it.

While it may not help you to raise the capital you need it can be worth remembering that many of the multinational corporates that now dominate the global business market were once the outcome of a would be entrepreneur’s itch, hunch, frustration, or dream. We wonder if many of those startups would have ever happened if that person, or group of individuals had not jumped in and created the market that they grew rich and powerful from owning?

The pressure to follow rather than lead from funding institutions makes it easy for would be entrepreneurs to assume that the route to becoming a successful business is simply to follow the rules and research instead of dreaming. If you are tempted to imitate their procedures it may help to remember that most really successful businesses started small and depended on that classic combination of imagination and application that should be feeling your enterprise.

The rules, protocols and habits that now govern their innovation processes evolved out of the infrastructures that they created to deal with managing scale. The gradual extension of personnel whose job is to manage, deliver or facilitate the reliable delivery of output and income eventually leads to a disproportionate number of people who give priority to the maintenance of predictability rather than imagination. The rule makers tend to be suspicious of the innovators largely because they cannot grasp the point of doing anything that does not have a predictable outcome. The two cultures syndrome of big business almost always leads to a conflict of interest between the people who are employed to think and act creatively and those that commission and analyse insight.

A Short History Of Rules

Making It Up As You Go Along

History suggests that businesses that prioritise insight gathering over origination tend to limit their ability to maintain the competitive edge that initially gave them an advantage when they were in their startup phase. Businesses like Apple and Google that work hard to maintain their momentum continue to invest in imagination and insight.

This is where a small business has certain advantages because it can do things in ways that make sense and that’s why it’s important not to confuse tradition with sense. Common sense is what your gut tells you and rules are what rule makers and enforcers tell you. This is not to say that research should be absent from any level of entrepreneurial endeavour but simply to confirm that there are no rules that say thou shalt not innovate until you have proven a need.

In a world that is dominated by rules it’s always going to be difficult to avoid them all together and perhaps the best way to maintain a desire to challenge rather than conform to the status quo is to avoid the need for external investment. Avoiding external investments generally requires one of two choices (or you can combine the two):

• Start small enough so that you do not need to raise cash flow until you have established proof by creating evidence of market demand.
• Involve others in your dream. Although giving partners equity for their contribution to the startup phase may not appear to be an ideal solution collaborations have numerous advantages. Working with people who can pool complementary skills allows a startup to grow faster and be more profitable than one that is developed by a lone wolf who tries to multi-task beyond their skill base.

Starting up lean and mean, or sharing the workload may mean that your startup business takes longer to achieve mega profits but it provides a huge range of benefits that include:

As the wise people say, there is no gain without pain but frustration at not moving fast enough is a whole lot less painful than the wound a bank creates when it takes your house away from you because you defaulted on a loan.

Verifying the WHAT will involve you in some basic market research but that is simply to ensure that you don’t go inventing bicycle wheels because you did not know that someone had already done it. The need to trawl the net should not get in the way of your belief in your a big idea, so keep the scope focused.

The WHY is all about establishing the point of connection that allows you to translate your instinct into human needs and that requires a bit of lateral thinking. People who have a big idea can be dazzled by its originality but it’s worth remembering that uniqueness has a downside and it’s called apprehension. Although most people are good at accepting a new product or service when it has been authorised by others most also express SHOCK when they are confronted by an unprecedented innovation. For all you start-uppers who want to get into the disruption game it’s worth stepping back and spending a bit of analytical time breaking your idea down into its trigger points. For example, if it’s a smart device, even though it may be the last thing that you want to spend time and energy doing, be boring and delineate exactly how many emotional advantages it would give a user. Then calculate how many they do not already have access to.

This is where you are going to have to understand the power of branding. Transforming your big idea into a brand is not simply a question of adding a label and a bit of copy, it is constructing all of those emotional connections into a narrative that allows your users to form the kind of empathy that makes your disruptive innovation a must have.

The Dream Cafe: The Art of Radical Innovation was created by Geoff Crook and Duncan Bruce to challenge the status quo of the why-how-what stacking order that typifies the route to market adopted by the majority of established businesses. The book draws on the way that creative people do things in order to demonstrate the potential of doing business by trading in unprecedented ideas rather than delaying the moment of inspiration until you have accumulated enough market insight to justify the investment.

‘Our research told us that the kind of original thinking and doing that allows the arts to keep on innovating tends to be duplicated by startups but is often absent from established corporations so we set out to find out why.’ 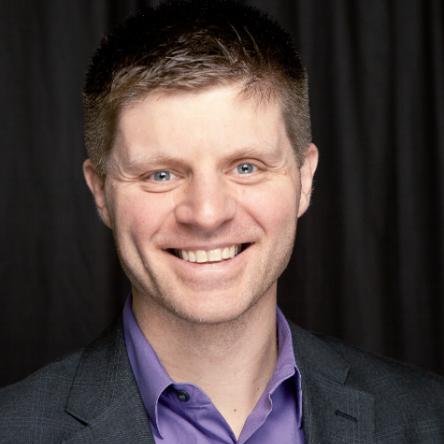