How to pivot gracefully, and not end up with your feet in the air

The ability to adapt your business model in crisis situations is an invaluable attribute for companies of all sizes. Admitting that something isn’t working or having unforeseen circumstances force change upon you is a nightmare for any business owner. It can impact you financially and affect your personal confidence. However, as reported in Forbes, 15-to-20 percent of startups are forced to pivot from their original plan. As Jenna Wortham from the New York Times said, to pivot is effectively to fail gracefully, but everyone knows that the some of the best businesses around didn’t make it big on their first try.

In this article, I will advise you when to pivot, and how to do so with your head held high. Based on my experiences with Tutton, I give lessons learned by fellow ‘pivot-ees’ such as Twitter and Twitch along the way.

Step 1: Dissect your startup, assess the damage and bring everyone together to make a verdict.

The realization that changes need to be made to your core business plan normally comes in one of two ways. Issues may either reveal themselves to you over time thanks to metrics, feedback from clients, or from monitoring your competitors’ successes compared to yours; or, as happened with Tutton, they may arrive like a slap in the face with little warning and will totally blow your business model out of the water.

Whether things are running smoothly or you are hitting bumps in the road, it is essential to analyze your metrics to decide if your milestones are being achieved. Not taking a look at how things are going on a weekly basis can leave problems undiscovered until it’s too late, making initiating ‘pivots,’ or tactic changes, more difficult and costly.

For Tutton, the slap in the face came first and then metrics reaffirmed that we needed to make changes. At that point we were doing very well—we had three million sub-users. Then in April, 2015, Facebook changed its API, which had a huge impact on our app and a lot of other startups, including JobFuzion, CareerSonar, and Adzuna Connect, of all which relied on previously available information that is now made private by Facebook’s changes. Our first version of Tutton used public information gathered from Facebook to find if friends (or friends of friends) had posted something and tagged a location close to where you were located, plus hometown and location information, to help people find new contacts when travelling. The changes blocked this immediately.

Facebook wasn’t our only source of information. We also relied on Foursquare, Instagram, and Twitter, so our first reaction was to wait and see if we could weather the storm. After a short time, our metrics showed us that our numbers were catastrophically low compared to before. Something had to be done.

Although we stood on solid ground with an A-team to build a product and funding for the upcoming months, it was clear that the concept was broken. We had meetings with our team, investors and even users to determine what to do. We realized that the problem that we were attacking before—the difficulty of finding friends when you are travelling—was still there, but we didn’t have the tools to resolve it. Finally, with the support of our investors and the team, we made the sober decision to pivot.

It’s important to keep a cool head and try to stay positive, and have faith in your team and your dedicated user base to come up with good ideas. For us it worked, and six weeks later we had the fully functional MVP, and the iOS and Android apps ready at the same time.

We are not the only company that has had to make the painful and difficult decision to pivot due to changes in the market that make a product obsolete. The most legendary pivot in social media history was the transformation of Odeo into Twitter.

Odeo began as a network where people could find and subscribe to podcasts, but the founders predicted trouble on the horizon when metrics started falling as iTunes began taking over the podcast niche. After giving the employees two weeks to come up with new ideas, the company decided to make a drastic change and run with the idea of a status-updating, micro-blogging platform conceived by Jack Dorsey and Biz Stone. With more than 240 million active users, it seems taking everything back to the drawing board and opening up to new ideas worked.

Step 2: Talk to your clients. Understand which strategies aren’t working, and which are.

When it becomes apparent that it’s all gone bottoms up, stamping your feet and crying won’t help anyone. When Facebook made the API changes, JobFuzion shut up shop. But after looking inwards, we decided to turn our focus outwards towards the most important part of the app: The people who use it.

We focused on our most loyal users first, sending emails for feedback and comments, and also gathered together local users (along with non-users) to make a focus group. Whenever we had one of our precious users at arm’s length, we always took the opportunity to grab them and have a one on one personal interview. This makes the user feel valued, but also gives an invaluable insight into your app, and what parts you should keep and scrap.

Once you have decided to pivot, it is important to look at your service or product and highlight the parts people use most. Identify which functions are still relevant and solve the problem you set out to solve from the beginning. The chances are that rather than starting from scratch, you can use your existing technology and improve it by focusing on the parts that make your product stand out from the crowd.

Focusing on what the users really want is key. Take the story of Twitch, the world’s largest gameplay livestreaming site. Soon after their launch in 2007, it became apparent that viewers were more interested in broadcasting their own livestreams than watching Justin Kan. The site opened up later that year, and by 2010 it was claiming 31 million unique users per month. Around that time, Emmet Shear began focusing on the site’s growing audience for video game content, creating a spin-off site later called Twitch. It took off, and by 2014 was reaching 50 million monthly viewers. That caught the attention of Amazon, which ended up acquiring Twitch for $970 million in August, 2015.

Step 3: Plan new strategies and/or features based on all of the information gathered.

Household name photo app Instagram started off as Burbn, a check-in app that included integration with games such as Mafia Wars, and also a less important photo element. After launching in beta and gaining traction, the founders used in-app use data and metrics from the private launch to show them that users found the app to be too cluttered with options and actions. They decided to pivot, strip the app down and focus solely on photos. With more than 300 million monthly users, it seems to have worked!

Following in Instagram’s footsteps, when making a pivot, gather ideas from your metrics, burn-rate and feedback from users. Then highlight the parts of your service to be salvaged (or not!), gather the support of your team and investors, and get out the pens and paper to get creative.

As a team you need to sit down and prepare for a long shift—a lifetime supply of coffee and snacks are key—and decide whether you need to make small changes, such as modifying a UI aspect, or come up with a whole new product.

Step 4: Execute and jump in with both feet.

In the end, we reinvented Tutton from an app which connected people with friends of friends when travelling, to an app where event-goers can share pics and create stories/videos based on the event, their location, and time frame. Event organizers benefit because it engages attendees on social media during and soon after the event (marketing opportunity) and it also provides them with a shared album (possibly from thousands of people) of their event to use the photos later.

We changed almost all of the main features of our original app, but kept the things that really worked, such as our database structure. Users loved our branding and UI, so these were incorporated into the new design. We used our original ideas—such as how to gather and process the information—but then gave them a new lick of paint, and adapted them to our new concept.

Changing the concept of your startup is not an easy thing to do. Keeping a cool head, taking the criticism on the chin, recognizing flaws, and then focusing on the positives is key to getting through and coming out strong on the other side. You have to believe that your decision was the best one, and commit to it.

Oscar Rodriguez is the CEO and co-founder of Tutton, a startup which is part of the Travel Startups Incubator. When first launched, Tutton was a mobile app to find friends and events when travelling. However, in April, 2015, Facebook threw a spanner in the works by changing its API, which was a big impact for a lot of startups. Tutton successfully made a pivot in their business plan and came out on the other side, redesigned as a social network to share experiences and interact with people in events through stories. 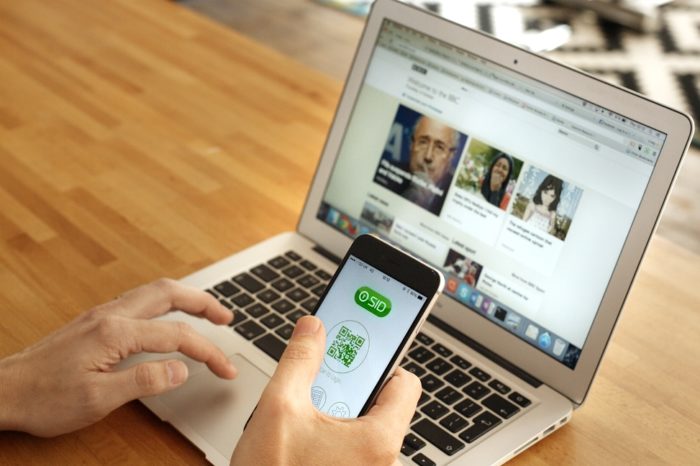 How to pivot gracefully, and not end up with your feet in the air