Znapin – whether it wants the  monicker or not – is Twitter for video. While the social media giant has struggled with its identity of late, new player Znapin has emerged as a mobile-led platform for sharing thoughts and opinions via video.

To paraphrase a saying about wheels, cars and planes, it took mankind tens of thousands of years to get Twitter, but only a few more to get Znapin. Okay, so maybe it doesn’t quite work, but you see what we are getting at – the jump from publishing opinions on Twitter, to broadcasting them, has been relatively small in comparison to say, how long it took us to get the internet.

And yes, of course, Znapin has predecessors. Arguably, YouTube was the first video casting platform that allowed people -for the better and, all too frequently, for the worse – to express their innermost thoughts. Remember that Ginger Kid who wanted you to know that gingers do have souls? Or that guy who wanted you to leave Britney alone? All available thanks to YouTube.

Europe heads to SV – Mind the Bridge and EIT reveal businesses for SEC2SV, 2016

Also important to remember is Periscope, Twitter’s live video-casting platform which sparked recent controversy after a rape, and then a suicide, were broadcast online. In reality, Periscope allows for very little interaction or editing when compared to apps like Znapin. Like its namesake, Periscope only really offers a view of the world, rather than a chance to swap and share thoughts and opinions.

Znapin, at first glance, appears to be about fun. That may sound obvious, but when you consider the frank hate and vitriol that is spewed on Twitter and other sites (Facebook comment threads for example), Znapin is a breath of fresh air in a hurricane of aggression. The app encourages interaction and mutual participation, with users regularly daring their friends, followers and others to do their own videos and selfies, on pretty much any topic they want to.

The superhero theme that runs across Znapin encourages friendly participation. That’s not to suggest that other platforms, such as Twitter, are encouraging anything else but, on face value, Znapin is definitely not taking itself too seriously. The app does allow users to KABOOM other users thoughts (it apparently means that they can jump in with their own two cents) but, hopefully, this won’t mean trolling in video cast form.

Lighting pitch: Say hello to the new Boltt of the sporting world

Hot take: Why we need to talk about UnStock 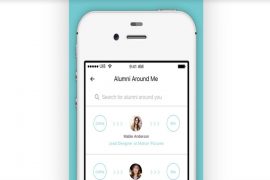 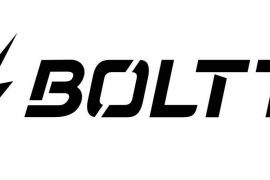