The new pathway for your entrepreneurship in Seoul, Seoul Global Startup Center

Ever since South Korean President Park Geun-hye kicked off her multi-billion dollar ‘creative economy’ drive to develop a new pillar of growth for a country overly dependent on giants like Samsung and Hyundai, the term ‘startup’ has grown from a faraway concept to a sexy buzzword and now a budding industry for job creation, especially for Korea’s talented and ambitious twentysomethings in search of more innovative and creative outlets. However, industry leaders and critics pointed out a crucial missing ingredient: diversity of thoughts and people.

While cultural, language, and legal barriers still hinder the free flow of ideas and people in Korea’s startup scene, some local governments are doing their part to promote that diversity. Korea’s bustling capital city of Seoul is dialing up its support for foreigner-founded startups with the establishment of the Seoul Global Startup Center, the newest addition to the country’s growing support for the nascent local startup ecosystem.

“The Seoul GSC would like to see a great community of people with lots of global participation. In other words, we want the center to be a place where ideas can transition from other parts of the world to Seoul,” says Landon Miller, a manager at the new center. “Foreigners have a unique perspective on what is missing in Korea, but need specialized help to make it happen.”

A slew of government programs, grants, and competitions have cropped up in Korea’s tech scene, particularly since 2013 to help startups and small enterprises. However, a vast majority of these programs are not available to foreigners. Even if they were, they operate almost exclusively in Korean. One notable exception was the creation of the ‘OASIS’ program in 2014 to offer budding foreign entrepreneurs business development courses to acquire a visa and set up their business without the traditional pricey capital costs of $100,000-$300,000.

According to the organizers, Seoul City sees the benefits and job creation that innovative foreigners can bring. Miller, a U.S. expat in Seoul, noted that in Great Britain, immigrants operate 14 percent of businesses, employing over 8 million people, and Seoul sought to follow this example. “When these businesses are successful, they hire people, which adds to the economy of the country. It’s a win-win,” he added. It aims to provide assistance to foreign entrepreneurs, thereby creating a more open ecosystem for the Korean tech society to reach its fullest potential and in turn learn global practices.

The new center, officially opening August 1 in the traditional tech district of Yongsan, is selecting 40 companies for each program to participate in its six-month accelerator programs held twice a year, loaded with a number of perks: 24/7 office space with makerspace for hardware developers, a voucher for expenses and services worth 10 million won, business development workshops, peer mentoring, in-house expert liaisons, and even an all-expenses-paid two-week trip to China or Vietnam to learn about and network in the local market. The top 12 rated of those 40 teams can earn another 5 million won plus additional benefits and resources such as participating in global exhibitions and other events. And it’s not only limited to tech startups–they welcome innovative and ‘sustainable’ ideas and business models, regardless of industry.

Basically, explains Miller, the city can provide all the facilities, training, and resources a startup needs, free of charge. All the tenant needs to do is request access. But more than just a help and support center like most other startup initiatives, SGSC expects the startups to give back. There is no office hour requirement. They are expected to participate in the overall environment of the center, with the success and the future of the program being ‘dependent’ upon that participation. Teams that do not commit themselves to the program will be warned and may be asked to leave the program in extreme cases. “We want a center where people get that help not only from our program, but from the community of entrepreneurs inside the program,” he says.

While similar in name, the Seoul Global Startup Center is separate from the Seoul Global Business Center that has been the main go-to for support for foreign entrepreneurs. The new program hopes to do things differently from previous government-funded programs by partnering with Rehoboth, a local private business incubation franchise which will operate the program. It marks the first time the Seoul Metropolitan Government has partnered with a private enterprise to help foreigners with startups. The new center offers the same services, but aims to be more hands-on by helping foreign startups integrate into Korean society and business culture while having managers who will support the startups to ensure their needs are met.

The first session runs August to December 2016, and applications are open to foreigners in Korea, teams with at least one foreigner, and globally-oriented Korean startups. Applicants will be assessed by the team’s makeup, their idea and its marketability through an application screening that consists of an application laying out their business proposal ideas, a demo presentation, and an interview.

Applications for the August-December session can be submitted by July 29 through seoulgsc.com. 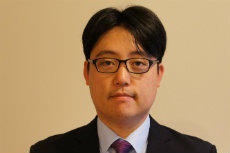 The new pathway for your entrepreneurship in Seoul, Seoul Global Startup Center