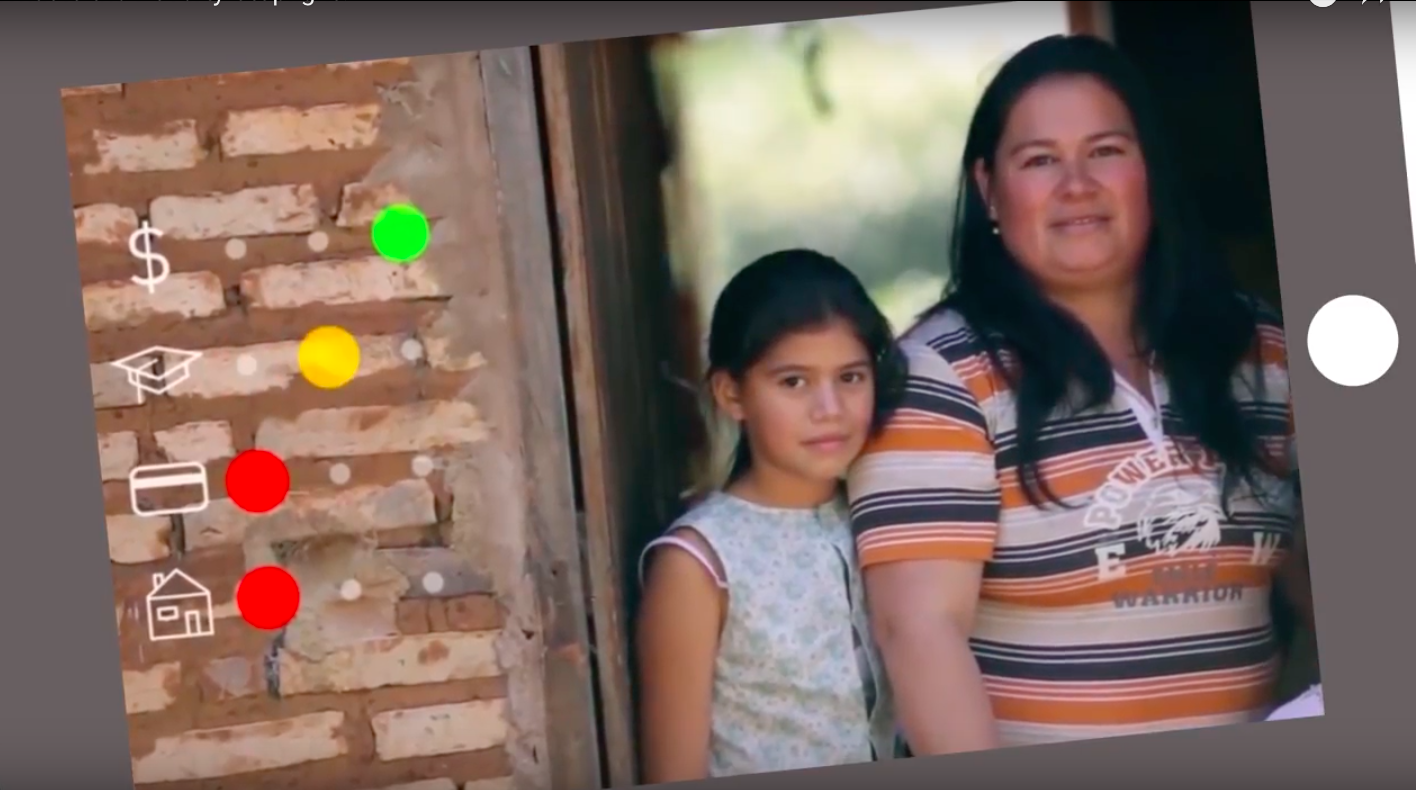 Basing their business model on the basic concept of the streetlight, the aptly named Poverty Stoplight has given families and communities the chance to fight back when it comes to poverty. With a customized survey via the company’s app, each family fills out a 50-part visual questionnaire to measure their standing in specific categories of housing and income.

True to the name, each of these categories are ranked by a stoplight color: as red indicates “Extreme Poverty,” yellow is for “Poverty,” and green stands for “No Poverty.” The results are then geo-mapped to give local organizations and businesses an idea of the common factors of a community, while also accounting for the unique needs of a single family. Now working in more than 20 countries with some 50 different organizations in each one, Poverty Stoplight’s growth has been immense since going global in 2013.

Founder Martin Burt of Paraguay was part of a panel at this week’s Horasis Global Meeting, which concludes Tuesday, talking about what businesses can do ensure they have a civic responsibility. His organization Poverty Stoplight has worked with businesses to help lift workers and families from impoverished conditions. “The worst thing we can do is hide our head in the sand,” Burt told StartupBeat this weekend. “We have to embrace these families.”

StartupBeat spoke with Burt over a video call from the Horasis conference on the incredible impact that Poverty Stoplight can give families and communities, who are able to have their own agency when it comes to their unique situations.

Below are excerpts from the conversation:

Startup Beat: You were on a panel at Horasis on business leaders ensuring that growth benefits all. What were some of your main takeaways from that talk?

Martin Burt: Basically businesses without a corporate social responsibility commitment are not sustainable for one. And two, traditional corporate social responsibility programs are also limited. The hospitality industry depends on the magic touch of their workers. You can have the best menus and the best rooms and the best facilities, but if you don’t have a commitment to your workers, which translates into a passion from them to work, then it’s not viable. Competition is going to eat you alive.

I presented the Poverty Stoplight, which is the methodology that we developed in Paraguay. And we’re now piloting and implementing it in some 25 countries. Companies can concentrate on the village within their own workforce, instead of working with a community outside. By helping their workers to overcome their deprivations, they show dramatic productivity increases. We’re helping companies monetize their productivity gains as they’re helping their workers reduce and eliminate poverty. 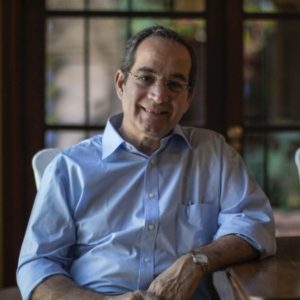 SuB: So I’ve seen the system of red light as “Extreme Poverty” and green light as “No Poverty,” but when you carry that methodology over to businesses, what does that look like?

MB: It’s very easy. We train the head of HR and the head of HR, who has a relationship with her workers calls them in and the workers then take a self-assessment. That is key because it is their awareness and their taking stock of their own strengths and weaknesses. That is very important.

If a worker doesn’t have a family budget and a worker doesn’t have savings, it is also their responsibility because we frame all the indicators as actionable, understandable, and achievable in that community. We have now more than 105 companies and corporations in Paraguay containing some almost 20,000 workers altogether committed to poverty elimination. Our unit of analysis is the family and not the worker because you cannot get the worker out of poverty if his daughter is not vaccinated or if they don’t have a proper bathroom.

So if you desegregate the complex construct of poverty into 50 actionable and manageable indicators, then it becomes something very easy that the company can leverage its resources and its contacts to assist the workers.

SuB: Are you guys only working with businesses or also with public entities?

MB: The whole thing. We also work with civil society. We work with some 150 organizations around the world. So, for example, our South African partner, they work with 47 partners. In Paraguay, we work with government agencies like the Ministry of Justice. There we work with female inmates who are getting ready to leave jail. With the Ministry of Labor, we are working with their employees as a movement to start getting ready with labor unions. We work with the Housing Ministry to make sure their new housing buildings don’t become a ghetto and make sure every family has a plan.

SuB: A lot of times when people talk about poverty these ugly stereotypes get attached to it, like ‘Oh, they must be lazy’ or ‘They don’t want to work.’ So what you guys are doing seems to be brilliant in a way where it’s all built around this self-assessment test and giving agency and self-responsibility to people. Was that the idea behind the founding?

MB: Yes, the idea behind the self-assessment is from the Brazilian educator Paulo Freire. And Freire talked about conscientization and that the slaves of the sugar trade in Brazil will never overcome their slavery if they don’t become aware of their situation, no matter how many activists from Sao Paulo and Rio (de Janeiro) are going to go in and harang them. They have to have a self-awareness. The self-awareness is the first step. The second point of this bottom-up approach is to desegregate poverty instead of aggregating into poverty indexes. So the World Bank and governments aggregate data. They create indexes and what we do is we desegregate into 50 indicators and people create dashboards.

The third element is that the unit of analysis is the family and not the individual. And the next part of the Poverty Stoplight is the theory that for people to change or claim their rights, they have to answer yes to two questions: “Is it worth it?” and “Can I do it?”

In addition, you also have structural motivators and support so we work a lot with rewards and incentives and facilitating by making information accessible. It’s a very planned out intervention. We work with local definitions of what it means to be not poor. So there is something in Colombia that is different than Argentina or Mexico or South Africa.

It’ll take the head of a household in Medellín a second to see. Let’s say in one indicator it is family savings. “We save and we are ready to take on emergencies when they appear…Green.” Or “sometimes we save but sometimes we are not so disciplined…Yellow.” Or “we don’t have any savings and if something happens to us we have to go to the loan shark…Red.” So in 20 minutes, a family can self-assess their level of poverty.

SuB: So before you were mentioning the corporate social responsibility of businesses. In the U.S. there are co-ops where the workers are the owners in places like shutdown factories. Is that something you guys have seen or developed partnerships for?

MB: We have just been approached by someone in Braddock, Pennsylvania. We’re just having preliminary talks with a nonprofit there. But this is just one example of the opportunities. We’re also working with a place in Elmira, New York. They also are adapting what it means to be not poor in Elmira, which is super cool because once you understand what that is and break it down into chewable pieces, there shouldn’t be a single family in Braddock, Pennsylvania or Elmira, New York who could not overcome poverty in a short-term. 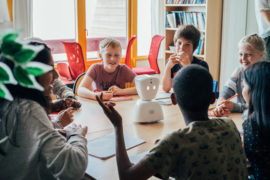 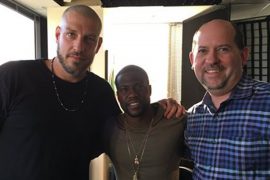