An Oslo-based startup is brandishing its sword at a seemingly indomitable foe. They’ve made it their goal to try and remove social isolation and loneliness from our society, one social group at a time.

The company, appropriately named No Isolation, was founded by Karen Dolva, Marius Aabel and Matias Doyle in 2012. The first social group they identified was when Dolva met a woman who had lost her teenage daughter to cancer and told her of the lack of social interaction her daughter experienced when going through the multitude of health checks and bed-rest.

“What we’ve seen is that it is impossible for children with long-term illnesses to stay connected with their lives,” Dolva told The Huffington Post. “They are told to focus on their own health, but the healthiest thing for them would be to stay connected with their friends. Going back to school after a long period isn’t easy, and for those who suffer from chronic illness, the loneliness never really stops.”

The company created AV1, a humanoid robot bust that can be placed in a school classroom on an empty desk where it is controlled by the child via a computer, smartphone or tablet. Rather than a simple camera that just broadcasts the class, the child can turn the head 360 degrees to look around the whole class, alert the teacher when they want to speak or when they don’t want to be disturbed.

However, school is as much a social experience as it is an educational one, something that the AV1 hasn’t overlooked. The robot is small enough to be carried around in a backpack, friends can take it out at break time, and there is even a whispering mode for the robot to sneakily talk to their friends without the teacher noticing.

There is no breakthrough new technology being used here, but it’s been put together in a new way, for a new purpose. Dolva told The Guardian that many startups focus more on trying to incorporate brand-new technology into their work rather than simply isolating an issue and trying to fix it.

The AV1 is already being used across the world, primarily in Scandinavia, the UK and Singapore. The robot costs £2,200 with a small monthly fee for unlimited data and insurance, which Jade Gadd’s family raised through crowdfunding. Gadd from Durham, UK suffers from hypermobile Ehlers-Danlos syndrome, a rare condition that causes parts of her body to shut down without warning. She spoke to The Telegraph about how AV1, who she has affectionately called Bee, has helped her be engaged in her classes and develop socially.

“Bee lets me do everything I didn’t think I’d ever be able to do,” says Jade. “It allows me to be there, and hear first hand what’s being said, and be part of the class […] I want to socialise and I want interaction but I don’t want people to see me stuck in a nappy, when my skin’s dry, my eyes are puffy and my hair’s not done because I can’t shower.”

Bee has even visited friend’s houses, which she has never been able to do, and has given her a sense of virtual freedom.

The Guardian stated that there are around 35,000 students who cannot attend school regularly in the UK alone, showing the large potential market this device could have. Due to the high price tag, the team envisages schools hiring or buying the device and lending them to children as the need arises.

Social interaction at a young age is absolutely essential as it paves the way for our ability to forge relationships and function in society, and not being able to spend time with peers can have long-lasting negative consequences. A 2014 study by Lacey, Kumari and Bartley showed that children who were socially isolated tended to have lower education attainment, be in a less privileged social class in adulthood, were more likely to be psychologically distressed across adulthood and were more likely to be obese and smoke.

Humans are intrinsically a social species. Interacting with others is part of who we are, and has been for the millennia that we have existed on this earth. A study by Doane and Adam explains that therefore when we are socially isolated our body naturally perceives the situation as a threat and our stress levels rise. Even when an individual is isolated for a long time, these stress levels don’t disappear, causing chronic stress. This has many well-known consequences, such as a higher risk of stroke, high blood pressure, cardiovascular disease and cognitive deterioration.

According to a 2016 Red Cross survey, 9 million people in the UK say that they often or always feel lonely. That loneliness affects all social classes, ages and countries, and can lead to a variety of mental and health issues, and in severe cases lead to an identity crisis, where the disconnection with society becomes impossible to breach when the individual feels lost, unwell, and isolated.

NoIsolation realises that it is more than just ill children who feel alone, and they have created a different device to help another vulnerable population, the elderly. Those over 85 are often isolated physically due to health problems and find it difficult to interact and spend time with their family and friends. And although Facetime, Skype and other communication apps exist, anyone who has tried to teach their grandparent to use them knows that a simpler device would be much more welcomed.

Komp, which was piloted for five months last year, is now available at £66 a month, and it is a one-button device designed for seniors. The user can send pictures and videos to their contacts and is adapted to the seniors’ understanding of technology. The pilot’s result showed that families had more day-to-day contact, and that by January of this year, users were sharing around 140 stories each month.

There are a few companies who are working to help elderly people combat loneliness, for example, EliiQ, an AI robot on the lines of Siri and Alexa that wants to be a virtual friend of sorts, or Hasbro’s Joy for All toy pets, which although sweet, could be interpreted as slightly patronising. However, AV1 is the first device to help chronically ill children keep up with school work while equally placing importance on being social.

As Dolva says, rather than just spending our time fine-tuning existing procedures with high-tech responses such as AI and machine learning, we should spend more time on fixing problems that already exist. 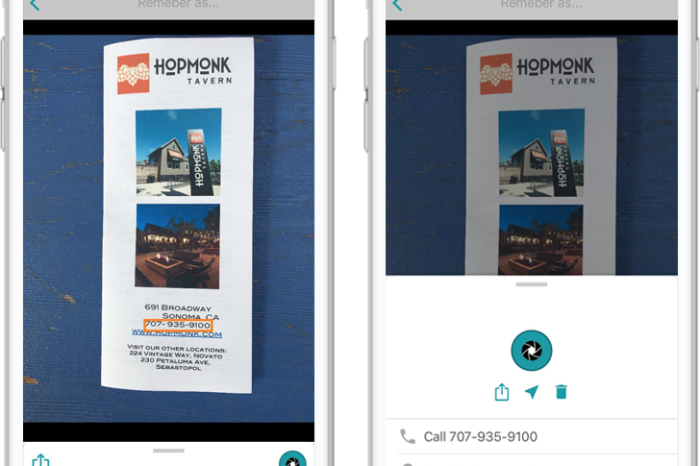