The mobile app market is predicted to grow to $99B by 2019. However, the market is currently dominated by a select few mobile app publishers who generate millions of dollars a day, while the vast majority make less than $500 a month.

Designed for the “everyman” mobile app publisher, the Pyze Growth Intelligence platform aims to level the drastically uneven playing field by arming these app publishers with the sophisticated, intelligence-based tools they need to compete with the “Goliath” incumbents.

In addition to the seed funding, Pyze has received close to $0.5 million from startup programs by Google Cloud Platform and Microsoft BizSpark Plus, enabling Pyze to quickly scale its SaaS business.

Pyze Growth Intelligence: A “Data Scientist in a Box”

Pyze Growth Intelligence enables app publishers to interact with the right users at the right time by automatically identifying under-monetized users, increasing loyalty of active users, re-engaging with attrition-risk users and resurrecting churned users. App publishers can deploy custom onboarding plans and quickly act upon trends, patterns and anomalies based on the individual behavior across millions of users in real time.

*Contextual Marketing – Enables app publishers to create meaningful touch points with users via push notifications and in-app messaging, at the time when individual users are most receptive to each message type

“A few large publishers have dominated the app stores and are reaping all of the profits, while the rest struggle with expensive, time-intensive tools that yield cryptic data and require experts to decipher it,” said Dickey Singh, co-founder and CEO of Pyze. “Pyze Growth Intelligence brings the same sophisticated intelligence and marketing tools used by large app publishers to everyone, enabling them to personalize and automate relationship building.”

“Companies across all industries are experiencing frustration making their mobile apps successful. They realize the huge impact mobile can have on their business, but do not have the means to understand, engage and grow their app users to make it a worthwhile investment,” said Richard Rabbat, Pyze advisor and CEO of GfyCat. “With its uniquely powerful, yet accessible platform, Pyze is in just the right position to solve those pain points. The solution offered by Pyze would have accelerated the growth that Zynga and Tango experienced while I was there.”

“The mobile app economy is growing at an astounding rate, but an overwhelming majority of the developers in the space are ill-equipped to succeed,” said Suraj Rajwani, managing partner at DoubleRock. “In addressing the needs of this majority, Pyze Growth Intelligence provides immense value to a large, underserved market. We’re very excited to support the Pyze team in reaching their goal of becoming the most widely used BI platform for mobile app publishers.”

“Pyze Growth Intelligence enables us to better understand our users and automatically engage with the right users at the right time,” said Susan Akbarpour, founder and CEO of Mavatar, a consumer-driven mobile shopping platform. “Pyze takes extremely complex data and not only presents it in a way that is easy to digest, but makes it actionable. Other tools we’ve used in the past did not come close to replicating the results we’ve seen thus far with Pyze.” 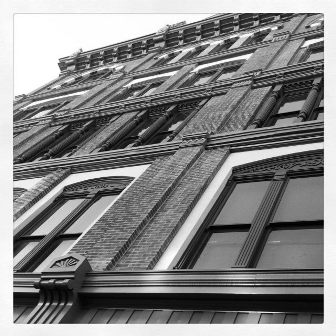