I attended the launch of Rise London (UK) last December – a re-branding of the Barclays accelerator, the banking giant’s flagship innovation programme designed to redefine banking through tech. The event took place in East London and was mostly attended by ambitious quasi-hipsters. The type with a sort of well-rehearsed but frighteningly egocentric career-pitch and a well-waxed lid. Potential candidates for Lord Sugar’s (the UK’s Apprentice) televised quest to find his next protégé — or so we are led to believe…

Sure, lots of people turned up to the launch and the beer and mulled-wine flowed in abundance: all things synonymous with a great event. But seemingly that’s all anyone was there for. I counted three Barclays staff, which hardly suggests the accelerator is an important initiative for Barclays. It left me with the feeling that perhaps their CEO Jes Staley does not truly believe this will re-define the business.

Arguably the launch of Rise wasn’t the main event. In June 2015, I was at another accelerator demo day, where the 2015 cohort pitched to two auditoriums of investors, tech journalists and other curious individuals from Silicon Roundabout. This event wasn’t about the firm’s strategy to identify and work with innovative technology companies. It was simply a great PR exercise to gain some advertising or press around the 10 lucky startups. And perhaps this holds the answer to many of these accelerator programs — they often seem more designed as a communication piece and less around finding the next great innovation.

Don’t get me wrong, some startups in the Barclay programme are gems. Take a look at Everledger and Basestone, who both happen to have obtained keen interest from Synoptica clients. However, if corporates like Barclays were truly dedicated to accelerating the adoption of new technology in their industry, they wouldn’t sponsor accelerators as their number one strategy.

At Synoptica, we believe this strategy is not designed to yield meaningful innovation results because it does not follow three key principles:

Scalability: First and foremost, to find truly disruptive startups, you need to reach at least 1,000 global startups every six months, not 10! Who they are, what they do and how your organisation is interacting with them should be information that is shared across the organisation. It shouldn’t be limited to a small innovation team in east London or the Valley.

Global: Whatever your objectives, you’re more likely to uncover the diamond in the rough if your innovation programme has a global and multi-sector reach. You should even invite your competitors to participate in it, seriously. There is an estimated $1,500 billion spent on R&D annually. This means there’s more innovation in any particular field than any single person could ever know about. So start finding out about those clever technologies or processes that are being developed the world over and could help you as an organisation. To prove my point, the technology for collapsible prams is based on the design for aeroplane landing gear…

Focus on the end-user: Currently most accelerator and incubator programmes focus on getting startups investor-ready and place less emphasis on the product itself. Unfortunately, many corporate innovation programmes are following suit by partnering with (read: funding) these accelerators and accelerators. Consequently, they’re supporting startups for their investment potential, rather than their product or service. This only encouraging the rise of the investor-driven startup. Thankfully, programmes such as ENDuRE are bucking the trend by helping startups focus on their products and the end-users, thus stimulating innovation across Europe.

I don’t want to propagate distrust in those corporations that support innovation without following these principles. It’s great that major actors in – occasionally archaic – industries such as finance, recognise the need to embrace disruption. Failure to do so would risk them falling behind the technology curve and re-live Kodak’s misfortune.

But in the case of Barclays, I fear we’re too close to ‘innovation-washing’ — I quite unimaginatively coined this term from ‘greenwashing,’ please let me know if you have alternative suggestions!

And so for that reason Rise: you’re fired!

*’Perspective’ pieces are submitted by individuals, and lightly edited by StartUp Beat for spelling and grammar. Any claims made or errors otherwise are attributed to and the sole responsibility of the author. 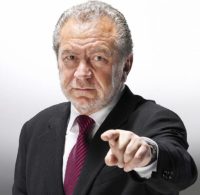