Venice, CA – RECESS, the world’s first college music & ideas festival, announced the winners of their nationwide Shark Tank-style pitch competition after touring colleges across the US this spring semester. The festival brings established entrepreneurs, the hottest acts in music, the coolest brands and biggest investors to campuses to empower millennials and tomorrow’s great business founders.

18 of the nation’s top college startups were selected from hundreds of submissions from both the 14-date college tour as well as a national online application eligible to any US college student. The Finalists were from schools including Harvard, MIT, Michigan, Maryland, Boston College, Babson, and Indiana. Since 2014, teams that have reached the Recess Finals have collectively raised over $10M and based on the Spring 2015 winners that number is sure to rise.

Taking first place was BioLum Sciences. The team from Southern Methodist University has developed a medical device to help manage asthma through a smartphone based imaging system that uses optical, light-up probes to detect and quantify specific disease biomarkers found in saliva.

Second place went to Ballot, from the University of Michigan, who created a mobile platform that allows users to identify and stay connected to political issues that matter to them (race, NASA, genetics, etc.) The platform notifies users anytime their representatives are about to make a decision concerning their area of interest, helping to educate voters and hold politicians accountable to the issues that truly matter to their constituents. In addition to the second place honor, Ballot was also awarded $10,000 courtesy of USA Network’s new hacker drama, Mr. Robot (starring Rami Malek and Christian Slater), which premieres June 24th. Inspired by the themes of the series, USA sponsored a special competition to find and reward the startup that exhibits the most innovative use of technology and embodies the theme of empowerment to individuals.

Muhammad Mazhari, founder of Ballot, commented, “The goal of Ballot is to bridge the gap between people and politics. We can’t tell you how thrilled we are to have our idea validated by the leader in cable entertainment.” VentureFuel, a strategic partnership firm focused on connecting emerging technology start-ups with large advertisers, brokered the unique brand integration.

UProspie from University of Chicago placed third at the competition for their social platform that helps connect prospective high school students (prospies) with college undergraduates in order to increase transparency in the college application process and to improve accessibility to higher education. UProspie intends to do so by providing greater exposure to campus culture to all prospies as well as through particular initiatives benefiting low-income, inner-city or rural area-originating students.

Each finalist team was awarded an all-expenses paid trip to Los Angeles where they toured offices like Red Bull and Google, received mentoring from entrepreneurs and startups including world renowned media agency OMD, social media platform Snapchat, and Three Six Zero Group who manages some of the biggest artists in the world including Calvin Harris & Deadmau5. Jack Shannon, cofounder of Recess, stated “we moved our company to LA from Indiana and absolutely fell in love with the community out here, one of the reasons we wanted to bring students out was for them to experience firsthand why this is such a phenomenal place to launch their businesses.”

“I was incredibly impressed with the caliber of ideas and talent from these young entrepreneurs, there is no doubt in my mind that they will have a substantial impact on the world and make it a better place,” says judge and former NFL Player and angel investor Dhani Jones.

“The idea for RECESS was started in a college dorm room more than 5 years ago when we were students at Indiana University. We shot famed IU alum Mark Cuban a blind email and he ended up becoming our first investor. We felt so lucky that we wanted to create a platform to help other college startups and feel incredibly grateful for the opportunity to give back. We have seen the college startups that are part of our program get funded by some of the world’s leading investors including Mark Cuban, Tim Draper, and Marc Benioff,” stated RECESS Co-Founder Deuce Thevenow.

ABOUT RECESS: Recess Music + Ideas Festival brings together successful entrepreneurs, the coolest new startups and the hottest acts in music to inspire the next generation of world changing entrepreneurs. Learn more: www.recess.is

ABOUT MR. ROBOT: MR. ROBOT, premiering June 24th at 10/9c on USA Network, follows Elliot (Malek, ‘The Pacific’), a young programmer who works as a cyber-security engineer by day and as a vigilante hacker by night. Elliot finds himself at a crossroads when the mysterious leader (Slater, ‘Adderall Diaries’) of an underground hacker group recruits him to destroy the firm he is paid to protect. Compelled by his personal beliefs, Elliot struggles to resist the chance to take down the multinational CEOs he believes are running (and ruining) the world. The series also stars Portia Doubleday (‘Her’), Carly Chaikin (‘Suburgatory’) and Martin Wallström (‘Simple Simon’). The first episode can be watched here: http://www.usanetwork.com/mrrobot

ABOUT VENTUREFUEL: VentureFuel, Inc. accelerates the growth of emerging media and new ad technologies by representing their offerings to Fortune 500 advertisers and agencies. VentureFuel curates the best new media platforms and disruptive technologies, and then forges strategic partnerships with advertisers in order to fuel the growth of the new ventures. Learn more at http://www.venturefuel.net. 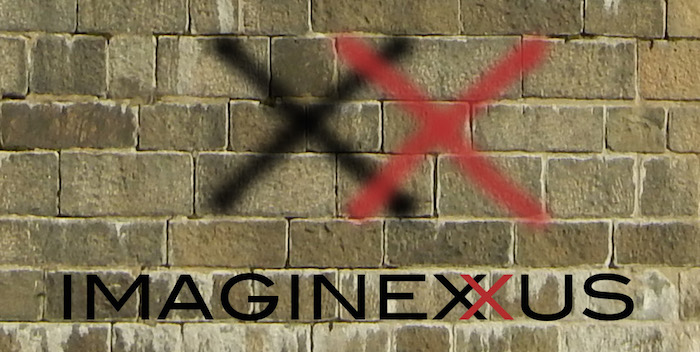 Imagination in the DNA of inventive products