Shut up and play: The pursuit of heads-down greatness

We’ve all seen the ravenous culture that’s developed over the last 20-to-30 years around startups, particularly tech startups. Entrepreneurs have become rock stars. Outlets like TechCrunch attract hordes of attendees and followers, and phrases like ‘EBIDTA multiples,’ ‘Series A raise,’ ‘LOI,’ ‘earn-out,’ once generally limited to M&A attorneys and MBAs have entered the zeitgeist. It’s all so damn sexy.

In the last seven years, I’ve started, and successfully sold, two businesses (within the creative tech space) and I will tell you first hand it’s anything but sexy. In fact, my first business sprung from the unsexiest thing of all—necessity. I wanted to buy my girlfriend a ring, get married and start saving for a house. I’d gone to art school as an undergrad with zero understanding of how to build a company or that anything I might create would have ‘equity value’ of any kind. In fact, it wasn’t until I received an offer to sell that I was chaperoned into the world of M&A and all its acronyms.

But my school days and pre-startup success as an artist taught me an inalienable truth: if you can create something with a distinct point of view, perform competitively within your space, and produce at a consistently high level, people will want it. So that was my move…

Through my own startup and acquisition experience, its shocked me how often I’ve come across small businesses that seem to have their sights set on anything BUT ‘great,’ focusing first on acquisitions strategies, org chart revisions, strategizing company culture, continually revising the company’s mantra; designing lavish office spaces; Fun!

Who wants to do ‘great’?!?!? ‘Great’ is time consuming, exhausting and stressful. It’s weeks and often months of late nights. It’s constant self-critique (and hence waves of self-doubt). It’s often isolating, introverted and requires continual social sacrifices. It requires a high threshold for pain that most people just don’t have.

But I believe ‘great’ is the marrow of it all, in or out of business. If you create something great, it takes on a life of its own—its undeniable and permanent and becomes part of who and what you are, and simultaneously bigger than yourself…

And it’s absolutely the ONLY thing your customer cares about.

Don’t get me wrong—acquisitions strategies and org charts and company culture and office space design are all very important, but should always be employed in support of the product you’re creating.

Companies like Apple have weathered numerous ups and downs. They attract the best talent in the world, and hold the market value position they do not because they have a compelling company mantra and a wildly cool office space (which they do)…. It’s because their product is consistently, insanely great.

That being said, hindsight is most definitely 20-20. As I started my second business, I went in with a new sense of confidence. I’d had my org charts, established a line of credit and appropriate debt ratios, had a shiny new logo and company mantra, and put a team together that I thought would insure that I didn’t work an excessive number of nights and weekends this time around.

Well, within a couple months, we’d let some folks go (too much cost against revenue too early), thrown out the org chart (deadlines first, titles second), put the mantra aside (who’s got time for mantras?), and I was burning the midnight oil at least 3-to-4 nights a week, plus weekends. And while there were moments of questioning why I was putting myself through this again, there was enormous satisfaction in the work. We were small, we were scrappy, but we were once again making great stuff. And it didn’t take long for people to notice.

PJ Loughran is the EVP and Executive Creative Director of Superfly Marketing Group. In 2009 he sold his first company, Kerosene Creative Services and in 2012 he sold his second company, The Distillery. 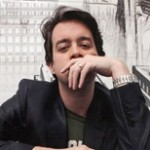 Shut up and play: The pursuit of heads-down greatness