Startup slump: young companies aren’t as numerous as they once were: reports

The US Census Bureau releases statistics pointing to a startup slump last year with 414,000 new companies formed, compared to pre-recession numbers of around 524,000.

A slow growth in startups tends to put economists on edge given that the tech community in particular is supposed to be the home of dynamism and trend-bucking. A report from 2015 supports these findings showing that there was a good number of high-growth young companies until the 2000 mark when this began to decline. Thirdly, tech news over the last few months has shown a theme for the power with which the big tech companies are growing on the stock market, bolstering the entire industry’s aggregate performance.

Some economists have looked to the big tech companies as the cause of the slow startup numbers, citing their market dominance and ability to hoover up competition as the reason for low numbers. “You’ve got rising market power,” Marshall Steinbaum, an economist at the Roosevelt Institute, told the New York Times. “In general, that makes it hard for new businesses to compete with incumbents. Market power is the story that explains everything.”

Criticism of Silicon Valley’s Finest tends to go down well as trust in US institutions slips. To add consumer pain to the story, the report followed another report, form last month, which shows that average product markup has increased from 18% in the 1980’s to 67% now. But although the argument against big-tech dominance is strong and is certainly worthy of discussion, it may not be the sole culprit in this instance.

The second report showing a reduction of high-growth young companies post-2000 can be explained very simply by the dot-com crash, high numbers previous to the crash were presumably unhealthy and not to be replicated. While the report citing higher product markup fails to explain the application to big-tech companies, given that Amazon operates on a famously low profit margin, while Google and Facebook don’t charge the consumer at all.

Furthermore, growth in the higher end of the market can be described by a global expansion of big-tech companies, reflected in a monthly services and trade deficit of over $40 billion. The US imports a total of $40 billion in goods and services more than it exports. In addition GDP numbers for the US have, over the last seven years, been pretty flat.

Economists from Western countries are on high-alert over the next year or two as eyes are open for a second recession. As the quarters tick by, we can expect the picture to unfold, but now would be a good time for government investment in young companies to drive through a potential economic slow spell. 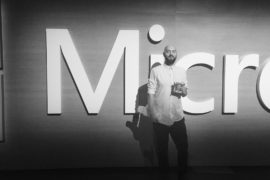 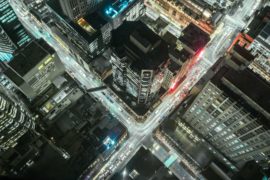