Startups, investors, and the Brazilian Way

By the time the international press started talking about the outstanding growth of the Brazilian economy, Brazilians were already debating its downfall. However, one thing is certain here and there: startup activity has been growing solidly in Brazil, recently attracting attention from world-renowned early-stage investors. Entrepreneurship in the broad sense of the word has always been prevalent in Brazil, a country of unparalleled bureaucracy and limited opportunities in formal employment. However, entrepreneurs as we more formally call them—individuals who are starting high-growth startup companies focused on technology and innovation—have become more and more popular in Brazil in the past few years.

Let’s look at the stats. According to Gust, Brazil currently holds the third position in the Americas when it comes to the number of startups currently seeking Angel funding, right after the United States and Canada. While Internet is still the most prevalent sector among these startups (23 percent in 2013), its share seems to be declining (35 percent in 2011 and 26 percent last year) in favor of a more diversified mix. And with a still nascent—albeit growing—Angel investment community, some Brazilian startups still cross borders in their search for funding. While 60 percent of the funding applications from Brazilian companies are directed to groups within the country, about 22 percent are submitted to groups in the U.S., 9 percent to Europe, and the rest is split between Asia and Oceania.

A number of factors contribute to this reality. First, Internet penetration in Brazil has reached over 45 percent in 2012 according to statistics from the World Bank, and while the price of smartphones is still too high for a large part of the population, the country’s burgeoning middle class is becoming an increasingly avid consumer of smartphones. Second, while the size of the qualified technical population is limited, it is still challenging for this group to find well-paid jobs in their areas of expertise. Engineer positions in the range of R$3,000 to R$7,000/month (between USD$1,500 – USD$3,500; good salaries by Brazilian standards) are hard to come by, motivating many to take the entrepreneurial route. Last, the country currently counts on a growing and vibrant community of Angel investors who, in addition to their willingness to write checks, are taking on the huge task of educating entrepreneurs to take a more disciplined, professional, and commercially-focused approach to their ventures.

While the total amount of capital invested also increased by 10 percent in the same period (reaching R$495 million or approximately USD$245 million), Brazil will need to drastically address a number of challenges to enable this space to continue growing, including tax incentives (Angel investing lacks incentives that other asset classes benefit from), legal protection for investors, and the creation and enablement of exit mechanisms. The importance of Angel investing in enabling the creation of new businesses is even greater in the Brazilian context than in the U.S., given that entrepreneurs need cash—and cash only—to get their initial employees to agree to do any work. Equity as a form of compensation is understood and valid in the U.S. given the number of successful exit stories. Brazil unfortunately counts on more limited exit routes and fewer success stories that have not been properly promoted among the community.

Some say that much of the Brazilian innovation is not truly innovative when analyzed at a global scale. According to several local investors, most ideas they get to see from Brazilian entrepreneurs focus on adapting an already successful foreign idea to the Brazilian market, sometimes creating an even better value proposition for the customer. On my most recent trip to Brazil, I was surprised to see how many apps were available in Sao Paolo to call a cab. Sounds like Uber or Hailo, right? Well, not quite. Instead of requiring that a driver be formally associated with a fleet to use that app as part of that network, cab drivers can simply sign up for any app they want, from their own personal phones. The process sounds more chaotic and less institutionalized, but the end result is a myriad of options for the end-user. Despite the greater likelihood of an uneven customer experience, these services tend to work well because they attract the most educated and informed drivers first. Thin and simple—leave it to the users to figure out the rest.

In my mind, the growth of the early-stage ecosystem in Brazil has become defined by a cooperative approach that I have not been able to see in more mature markets. Rather than promoting discussions and events that focus on entrepreneurs OR investors, Brazilian leaders in this space are bringing together investors, funds, government agencies and representatives, entrepreneurs, accelerators, and incubators. There’s ample awareness that the Brazilian ecosystem is still a nascent one, and I have no doubt that the level of collaboration that is being fostered today will translate into concrete results and substantial growth for the local early-stage scene in the coming years.

Ilana Grossman heads up all marketing and communication efforts for Gust. Prior to joining Gust, Ilana held senior positions at leading digital marketing agencies, most notably Digitas and Organic, where she led the development and implementation of several CRM and digital campaigns for clients such as Bank of America, Sanofi-Aventis, Johnson & Johnson, and Astra Zeneca. Ilana is a passionate marketer who always advocates for user-centric design and improved customer experience.

Prior to starting her marketing career, Ilana was a senior associate with The Boston Consulting Group, and also worked for the Brazilian joint venture of Salomon Brothers in her native Sao Paulo, Brazil. 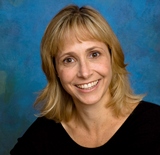 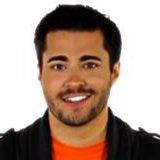 ImpressPages is taking on the content management giants with its open source, ‘drag-and-drop’ CMS