Survey: small and early-stage startups share positive outlook, but face significant challenges in the year ahead

Startups and other small businesses are often touted as the backbone of the economy and a key indicator of growth and overall economic health. With market fluctuations, the threat of bond defaults by various European countries and global economic fallout compromising the economic backdrop in 2012, small businesses have an even heavier weight to carry heading into the new year.

Recently, small business insurer Hiscox released the results of its annual DNA of an Entrepreneur (eDNA) report, providing insight into the mindset and outlook of several thousand small business owners and entrepreneurs across six countries as they cope with the economic crisis and prepare for 2013. The 2012 eDNA report, which surveyed 3,000 owners or partners in businesses with fewer than 50 employees—500 each in the U.S., UK, Netherlands (NL), Germany (DE), France (FR) and Spain (ES)—reflected a number of emerging and evolving trends that small business owners identify with regardless of geographic location.

Lingering effects of the economic downturn

Increased stress was the biggest single personal impact of the downturn, reported by 43 percent of all respondents globally. Similarly, 31 percent of all small business owners surveyed reported some sort of sleeping problem. In the U.S., that might be attributed to small business owners’ ongoing anxiety about taxes and the bulging federal deficit. Many also opposed the health care overhaul and said they feel squeezed by excess regulations and, in fact, more than three-fifths (61 percent) of U.S. respondents reported the U.S. taxation system does not favor startups.

Despite struggles, moving onward and upward

Despite the prevailing gloom and economic challenges overall, the downturn has helped to strengthen the resolve of small business owners on a global scale. Three in ten respondents said that it had made them stronger and more determined to succeed, and 31 percent said the downturn spurred them to work more efficiently.

Nearly half of respondents across all countries reported being decidedly optimistic about the year ahead, and those in four out of six countries showed increased optimism: the UK up from 40 to 47 percent; the U.S. from 45 to 55 percent; Germany from 55 to 59 percent and the Netherlands from 53 to 61 percent. This is an encouraging, positive trend for most countries, though not all. As the economy continues to worsen in Southern Europe, the Spanish and the French are as glum or even glummer than they were a year ago, when optimism levels declined from 41 percent to 28 percent and from 47 percent to 35 percent, respectively.

While traditional marketing tactics are still the most valuable for most small business owners (eight in ten respondents globally cited ‘word of mouth recommendation’ as the best way of promoting their businesses), the growing need for small business owners to take advantage of social media is undeniable. The recent Smarter Small Business report released by the Center for an Urban Future (CUF), found that fewer than 20 percent of small businesses even in notably entrepreneurial New York City are capitalizing on technology. Findings from the eDNA study were similar, revealing that only 29 percent of respondents globally are actively using social media for their businesses, but a further 23 percent wanted to use it or were eager to learn. The main reason for using social media, cited by over half of respondents, was to provide service and communication to customers, followed by general communications, PR and marketing (51 percent) and prospecting for new customers (36 percent).

Social media usage varied among the countries surveyed. American small business owners (35 percent) were most likely to use social media for their business, followed by the Spanish (33 percent). The lowest users of social media were the Germans (21 percent) and the French (20 percent).

Cybercrime explodes as a crippling threat

As small businesses slowly but surely begin to rely more on new technologies to remain competitive in the local and global marketplace, they are also becoming more susceptible to cybercrime attacks. In the study, respondents were asked to evaluate three different computer-related threats in terms of risk to their own businesses. The most prevalent threat, cited by 41 percent of respondents, was a computer virus, followed by ‘theft or accidental loss of a computer or notebook or a data storage device’ (cited by 32 percent). Though cybercrime came in third overall (27 percent), American respondents had the greatest fear of cybercrime (34 percent), while the Germans (22 percent) and the British (21 percent) had the least.

Small business owners across the U.S. and Europe are constantly adjusting and adapting to the still fluctuating economic environment. With so much uncertainty worldwide, small business owners have a somewhat tempered optimism, and globally they need to effectively play both offense and defense when it comes to complying with regulations, finding new customers, keeping their businesses afloat and thriving into the New Year. Small business owners worldwide are continuing to explore and utilize social media along with other, traditional marketing tactics to build and cultivate customer-base, while keeping an eye out for cybercrime and other threats to the ongoing resilience of small businesses worldwide.

Kevin Kerridge has worked at the Hiscox Group since 1996. A Partner at the firm, he currently leads their small business insurance practice in the USA.

12 years ago, Kerridge started Hiscox’s Direct and Partnerships business in the UK, building it to 100,000 customers and left it in 2009 with a recognized market leading position in the small business arena.

His current assignment is to replicate his UK success in the USA, where he and his team are on a mission to reinvent the way small U.S. professional services firms buy their small business insurance. In November, 2010, Hiscox was the first US insurer to enable office-based businesses to get real-time quotes and buy online—the first key step in their reinvention strategy—www.hiscoxusa.com/small-business-insurance/. They are now busy building out this direct business and also finding suitable marketing partnerships with both affinity groups and other insurers.

**This article does not offer legal, tax, or insurance advice related to the needs of any specific, individual business. Please consult your professional advisor.** 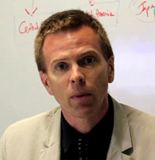