The secret lives of startups 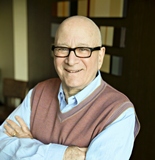 By Dr. Bob Deutsch, founder and president, Brain Sells, and author of The 5 Essentials: Using Your Inborn Resources To Create a Fulfilling Life

More than climbing the corporate ladder of a Fortune 500 company in leaps and pirouettes, those who start-up (SU) their own enterprise—those do-it-my-own-way, risk and reward takers—are the apotheoses of the American dream: a mixture of fierce individualism, pioneer-like spirit, and dogged pragmatism. They have an internal creative drive that has been turned outward to create useful things for others. Think, for example, about PayPal developer and serial entrepreneur, Max Levchin.

Perhaps, though, this all-too-easy mythology of the SU does not do justice to what these people are really like. These seekers of ultimate decision-making are not comic book heroes. They are people driven by dint of temperament and circumstance to do, in their business, who and what they are in life.

I am a cognitive anthropologist. I’ve been studying the SU. I am interested in where, nowadays, economics meets up with individuality. My goal has been to see the SU as a person, as a whole person. Not glorified, but simply human. To see the complexity of a SU—the mosaic of triumphs and terrors, foibles and frustrations, rituals and ruts, grittiness and glamour. I want to understand the SU as if by cutting into their intrinsic fabric and pulling out their guts to see how and why they acquired their present shape and feel.

The SU carries an unmistakable whiff, more of journey than of ambition. Jackson Pollack-like they are process-oriented despite a fixation on implementation, product usefulness, and client satisfaction. And this is just one of the paradoxes they live in. They are open. They are insulated and stubborn. They worry. They don’t worry about worrying.

To understand the SU is to understand the best of all of us humans: We all live on two planes of existence, simultaneously—the mythic and the mundane. SUs talk about themselves as fighting monsters, as daring to do what each imagines. The SU is seeking to make a buck and make magic. SUs are dreamers and stand ready to face their fate. They wrestle with To Be and Not To Be. Their voices fly to the sky, singing arias of triumph and push.

Control is not their issue. The SU is navigating forward; jumping eddies caused by currents not wholly of their own making. And that’s fine. That’s the way they like it. They want the ride.

First off, for the great majority, their chosen business is a matter of what rightfully could be called ‘directed serendipity.’ They most often come by what they do via a kind of slow creep, after which something convulses. Gary, a successful real estate developer in Seattle: “You sought of go down a path and things evolve. At each turn you learn about yourself, about what feels right, and you follow that. By adapting, adjusting or disregarding the randomness, you meet up with who you truly are and that shapes your endpoint. You realize, I like this. This is for me. This is me. Even though, in a way, it was all unplanned.”

The SU is a craver. Each craves their own endorphins released by the merging of self-story and business-story. They go for ‘feeling’—for sensuality—before they go for the calculus of a business plan. They are socially-acceptable addicts. Needing arousal. Fearful of only one thing: boredom.

For the most part, SUs are a wild bunch. They don’t have passion. They have kooky passion: they will not take ‘no’ for an answer, are fussy about doing things in a particular way and vanquish all doubt. Being out of their comfort zone is their comfort zone. They follow the admonition of Samuel Beckett: Try. Fail. Try again. Fail better.

Baryshnikov, the great ballet dancer, has defined the soloist: When the soloist comes on stage he is not just a blank slate that the choreographer has written on. Behind him he has all the decisions he has made in life…each time, he has chosen, and in what he is onstage you see the result of those choices. You are looking at the person he is, the person who at that point, he cannot help be. The soloist has a point of view towards life, a kind of quest, and an internal quality. He knows who he is and he shows this to you, willingly. In that sense, no matter the size and billings of his enterprise, the SU is a soloist, too.

Bob Deutsch, Ph.D., is a cognitive anthropologist who has worked in the primeval forest studying pre-literate tribal leaders, as well as operating as a participant-observer in ‘war rooms’ on Pennsylvania and Madison Avenues. He is president and founder of the consulting firm, Brain Sells (www.brain-sells.com). He is the author of the book, The 5 Essentials: Using Your Inborn Resources To Create a Fulfilling Life (Hudson Street Press, 2013). 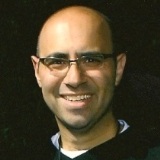 Featured Startup Pitch: ShaveMOB takes the ‘shave club’ concept to the next level by catering to both men and women