Why startups fail and how to avoid the most common mistakes

They say you miss 100% of the shots you don’t take. Even when you do build up the courage to fearlessly go after what you want you can still miss. This is common within the startup world as more than 50 percent of small businesses fail in the first four years. As the below chart shows, there are many reasons why startups fail, however, just because failure is common doesn’t mean that it is inevitable. In this article, we will take a brief look into the insights of entrepreneurs and experts to understand the biggest mistakes that startups make and how they can be avoided. 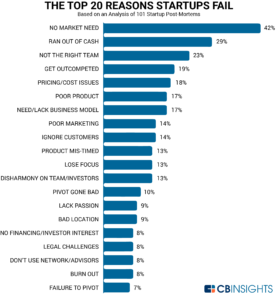 No market need is clearly leading the way as the greatest hurdle for success. This is quite easy to understand from an outside perspective. While an idea might seem brilliant to one individual, or for an isolated situation, this doesn’t mean the rest of the world wants this, or perhaps the world already has a solution in place, meaning there is no need for alternatives. The rule of supply and demand demonstrates that if there is a demand then there will be supply, however, if there is no demand, or the demand is already been sufficiently met, it is unlikely that there is a need for an additional supplier or any supplier in the first place.

“Don’t think your idea or product is original and because you and your friends think it’s amazing, means that it is and there’s a market for it,” states Matt Sweetwood, a Business Consultant and CEO Coach.

He adds “Do lots of research before you spend your money. As a consultant, I have on three separate occasions been asked to help with a business plan for a startup, where I discovered almost exactly what they are doing has been tried before and failed. In two of those instances, the previous failures indicated that the idea wasn’t good. In the third instance, we were able to learn from the previous mistakes and actually make a successful run at it. The number one reason startups fail is that there is no market for their offering.”

Even when it is clear, to the majority, that an idea is bad or is without demand, it can be hard for an entrepreneur to take an objective position on their idea or creation. As a result, a form of confirmation bias can take place where they only hear or see what fits their beliefs. This was highlighted in another INC authored by Entrepreneur writer Nicolas Cole titled “Why Do Most Startups Fail? Because Founders Get Stuck Making This 1 Shameful Mistake,” where the author stated “I do a fair amount of consulting for entrepreneurs and brands on their messaging. One thing I run into, over and over again, is that people tend to want me to validate the ideas they already have, rather than me tell them what I genuinely think.”

He adds “This isn’t an isolated problem. In most cases, startups fail because the founders get so stuck on their original idea, they want to do everything in their power to prove it can work. Even worse, startups that raise money tend to spend a good portion of those funds on marketing and PR–which means spreading the message of something you aren’t even sure works yet.”

This ripple effect on the misuse of funding can be tied to another factor that can see startups fail. Max Lyadvinsky, the CEO and co-founder of Bloomio, recently authored an article in Entrepreneur advocating that “Startups Need More Than Money to Succeed — They Need Smart Money.” He states that “Tackling problems that are interesting to solve rather than those that serve a market need is the most common issue startups cite for their downfall. The next most common reason for startup failure, as likely predicted, is money. Smart or not, money does need to flow into any startup to make it possible. Meanwhile, the third most common reason for startup collapse was team composition. More to the point: Startups need to comprise a diverse team with different skill sets.”

He believes “These top three reasons for startup failure could be solved with the right management approach from the top down. Each of these reasons can be addressed with smart money.”

Founding a startup is clearly not a simple task, and with so many hurdles it can be easy to fail. However, there is no need to reinvent the wheel, especially when there is an infinite amount of information at our fingertips from experts that know this industry. With this knowledge, any entrepreneur can navigate the pitfalls that trip up so many before them. 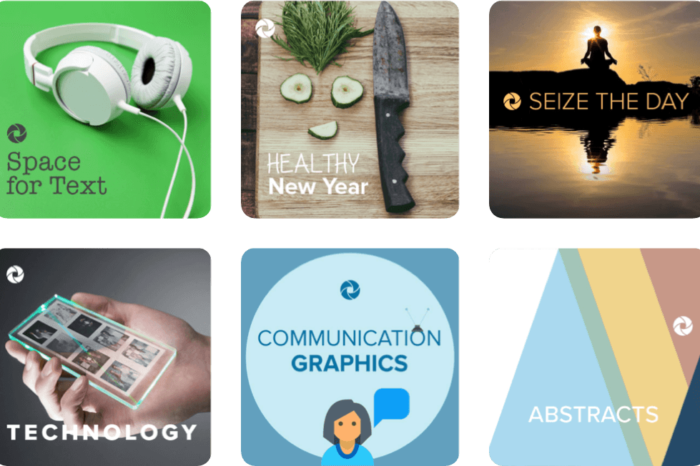 Why startups fail and how to avoid the most common mistakes