The pressure from the media and other areas of society to achieve an unrealistic body image can be toxic.

A theory by the famous psychology Festinger advocates that people depend on external models on which to form their self-perceptions. These models can come from people they know in real life or see in the media. This can lead to downward or upward comparisons depending on whether the model makes them feel superior or inferior by comparison, reports Psychology Today.

In regards to physical attractiveness, seeing celebrities demonstrating a certain standard of beauty leads to upward comparisons which can result in increased action to resemble that standard. Research has demonstrated that women often suffer from depression and despair due to falling short of the media models presented to them.

Fortunately we live in a world where more individuals are aware of this pressure and are working hard to change these negative expectation, replacing them with healthy more obtainable standards.

This year at New York Fashion Week we saw something new and inspiring. The week officially kicked off on February 6 and this year a startup–rather than a designer–opened the proceedings, reports Inc.

This was a significant step forward for an industry that’s been heavily criticized for promoting unhealthy standards for women’s bodies, 11 Honoré, a brand that only sells sizes 10 and up, sent exclusively plus-sized models down its runway. 11 Honoré’s founder Patrick Herning told Inc. the show was about providing a “seat at the table for a customer who has otherwise been excluded.”

While the focus here might be on the introduction of plus-sized models at the event, other designers in the past have worked hard to make inclusivity a part of their brand.

Nina is the founder and head designer of Nina Cuso Studio, an up-and-coming fashion brand that’s attempting to redefine gender bias in the fashion industry by creating a line of gender-fluid clothing designed to make everyone feel comfortable in their own skin. Her line was displayed, last year, for the first time at New York Fashion Week.

As a designer, she is going deeper than androgynous trends and boyfriend sweaters. The innovative is working to create real social change and break gender bias in the fashion industry by designing clothing that’s not restricted by gender expression, identity, disabilities, body shape, or anything else.

Evidently, Cuso is not alone on her quest for a world with a taste for more androgynous fashion as recent statistics show that younger generations are rejecting the gender binary while shopping: 56 percent of Generation Z and 46 percent of millennials surveyed said they don’t always buy clothes designed for their own gender.

In its very nature, the startup world looks for gaps in the market, aiming to fill a demand and disrupt incumbents in the industry. It is clear that startups and groundbreaking designers in this space have a lot of opportunities to disrupt the current fashion incumbents while providing services that are very much in demand. 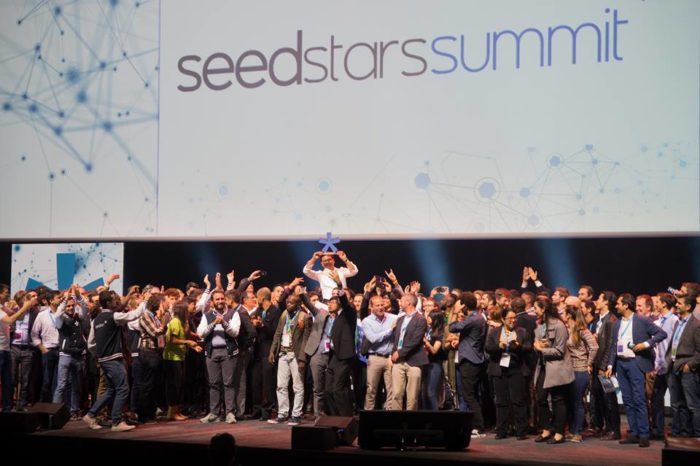 Seedstars to Celebrate Innovation, Impact and Investment at the 6th Edition of the Seedstars Summit