A Q&A with Authorea co-founder Alberto Pepe. The New York City-based startup, which has built a cloud-based collaboration platform for academic and technical documents, announced in late September that it has secured $610,000 in Seed funding. Investors include ff Venture Capital and NY Angels. The company was founded in 2012 by Pepe and Nathan Jenkins, and previously received a $33,000 grant through the Digital Science Catalyst competition.

Authorea has been described as a hybrid between Google Docs and GitHub for science.

Pepe: At the moment, Authorea is mostly intended for scientists. Our userbase is composed of physicists, astrophysicists, computer scientists, computational biologists. We plan to support more disciplines in the next few months, also outside of the sciences.

In the future, we plan to become an option for scholars of all kind, including college students. In other words, anyone who is writing a paper who contains a scholarly reference should use Authorea.

SUB: Who do you consider to be your competition, and what differentiates Authorea from the competition?

Pepe: Microsoft Word is today the most widely-used software to write scholarly papers. Google Docs is growing and is becoming a solid online alternative. There are also some new collaborative text editors online such as Draft and Medium. However, none of these word processors are currently moving in the direction of scholarly publications. Also, none of these tools is built on Git.

GitHub, however, will obviously move into spaces outside of source code and is the most dangerous competitor as well as potential acquirer, to date. Our main advantage over GitHub is that we know scientific collaboration and scholarly practices from the inside out.

SUB: You just announced that you’ve raised $610,000 in Seed funding. Why was this a particularly good time to raise funding?

Pepe: Well, to put it simply, we—my co-founder and I—were out of work. We are both scientists—Nate is an experimental physicist and I am an astrophysicist. We both had very solid academic careers and, overall, we were never planning to start a business. Were it not for Authorea, we would be probably still be doing research and lab work. So, we made a huge, risky bet to leave academia and we could only survive a few months without work. I wrote already about the challenge and benefits of leaving academia.

Pepe: We plan to hire some amazing young talent interested in making science better and more modern. We are hiring both developers and folks who can help us with business development. We will resume fundraising activities at some point next year.

SUB: What was the inspiration behind the idea for Authorea? Was there an ‘aha’ moment, or was the idea more gradual in developing?

Pepe: As I said, Nate and I are both scientists—or recovering academics, I should say. When we realized that we were both wasting days of our time exchanging with co-authors versions of our scientific articles via email, formatting them, and sending them to journal-after-journal for publication, we knew that there was a problem. Collaborative writing is an inefficient process and we are all writing together these days.

Pepe: Nathan is a great developer and after I told him my idea for a collaborative tool, he went on to learn Ruby on Rails, and within three-to-four weeks he built a very first prototype. It was a terrible and awesome prototype at the same time.

Pepe: Well, naming is hard. The name comes from ‘author,’ obviously. We decided that ‘Authorea’ sounds cool. We pronounce it ‘Authòrea.’ A few pronounce it ‘Authoréa’ which makes it sound like a deadly disease, but that’s ok. We’re hoping to at least benefit from its viral effects.

Pepe: We function on a freemium model. Authorea is free-to-use for anyone who creates public content, hosted by us. But users may pay—via personal accounts or institutional licenses—to create private content which is only available to themselves and their co-authors. In doing so, we are encouraging open science.

SUB: What are your goals for Authorea over the next year or so?

Pepe: Bring sexy back to science! 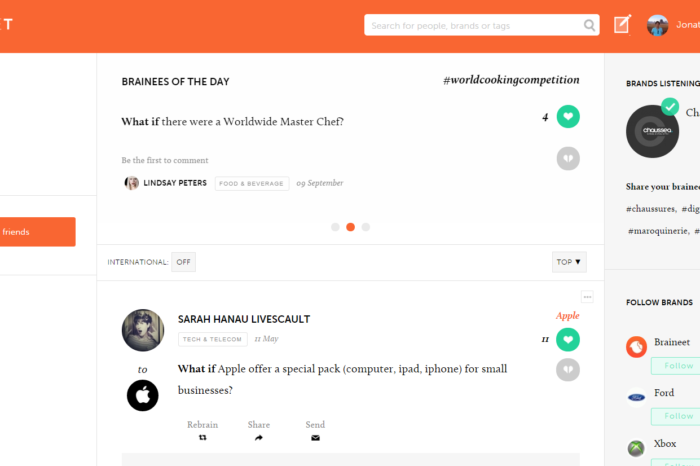