A Q&A with Campus Job co-founder and CEO Liz Wessel. The New York City-based startup, which connects college students with off-campus part-time jobs, announced in late September the closing of a $965,000 Seed funding round. It was led by Box Group, and includes Lerer Ventures, Red Sea, and Kal Vepuri. The company was founded earlier this year by Wessel and J.J. Fliegelman.

Wessel: Campus Job is a new online marketplace to connect businesses and college students for part-time job opportunities during the school year.

Wessel: We have two main targets.

First, students attending any post-secondary school in the U.S. We are excited to already be at over 7,500 schools nationwide, from Harvard to local community colleges. Second, any national or local business that needs to hire students, whether to be campus reps to raise brand awareness among the college demographic, freelancers, baristas, and so on.

SUB: Who do you consider to be your competition, and what differentiates Campus Job from the competition?

Wessel: Our most serious competition is word-of-mouth, since many businesses currently rely on word-of-mouth to hire students, though they tend to agree that they therefore don’t get the cream-of-the-crop in doing so.

We also are frequently compared to university job boards, but we actually have a much lower barrier to entry for businesses, as well as a better user interface and a more scalable product, since you don’t have to post a national job on 100 different job board sites if you work with us. Another big difference there is that university job boards often don’t have qualitative information about students, like their ‘fun fact’ or hobbies, which makes our platform a better experience for businesses.

SUB: You just announced that you’ve raised $968,000 in Seed funding. How do you plan to use the funds?

Wessel: We actually raised $965K. We’re using this money to make key hires and to quickly ramp up our user acquisition, from both the student and business side, while making improvements on the product to keep up with huge demand.

We obviously believe in the value of campus reps, so we’re managing—and continuing to hire—students around the country to promote our platform to both their friends and local businesses.

SUB: What was the inspiration behind the idea for Campus Job? Was there an ‘aha’ moment, or was the idea more gradual in developing?

Wessel: J.J. and I led a side project during our senior year of college at UPenn which helped students find campus rep jobs, since I had been the Anheuser-Busch campus rep and wanted to help my friends find such cool jobs.

After winning a $1,000 award from the university for the project, we put the money toward hosting costs for the website, and then moved on to work at Google and McKinsey. Over a course of about two years, we saw huge traction for that side project, with both Fortune 500s and startups, as well as over 10,000 students using the platform, and decided to use the inspiration from that side project to build Campus Job, which would be bigger-and-better, but would take into account all of our learnings from the two years of overseeing that side project.

Wessel: We immediately started talking to our user bases to ensure that we were building out a product that they would find useful, while also talking to investors to see if our long-term goals were something they believed in—which they did!

Wessel: ‘Campus Job’ is extremely self-explanatory, which we like. In fact, many people tell us that they understand our business just from the logo. We had a dozen or so other names in mind, many of which were funkier or more clever, but after walking around Ikea, Union Square, and a few other public locations asking college-age folks to vote on one of our options, ‘Campus Job’ was the clear winner.

Wessel: Hiring is extremely hard, because we treat this business like our baby, and we want our baby to only be in the hands of people we trust. That being said, we’ve made some incredible hires over the past few weeks who we are extremely loyal to and proud of, so we’re excited about how the business will grow thanks to their hard work.

Wessel: Businesses can post jobs completely for free on our platform. Once a job is posted, if the business gets applicants, which they almost always do, then it costs just $24 to unlock the full profiles—including contact information—of all applicants at a particular school. This basically means that no business ever has to pay a dollar until they’ve gotten applicants who they’re happy with.

SUB: What are your goals for Campus Job over the next year or so?

Wessel: We ultimately plan to be the one-stop-shop for all students in the U.S. who are looking to find any sort of job that can help them gain experience in the real world, and often make money while doing so too. 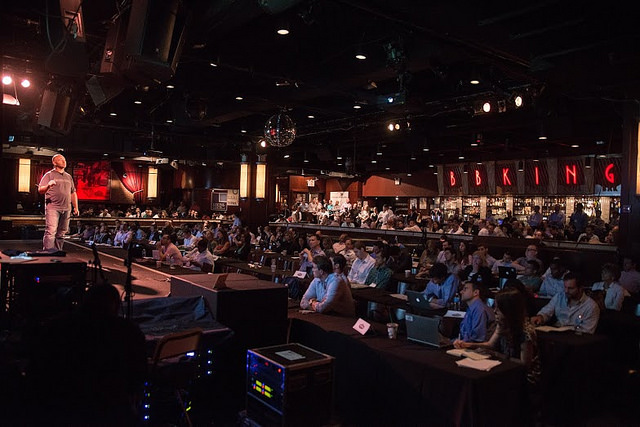