A Q&A with DownBeats founder and CEO Derin Alemli. The Chicago-based startup, which offers hi-fi ear protection for live shows, made its official market launch in late January. It was founded in 2012 and has been bootstrapped by the founder to this point.

Alemli: DownBeats is a brand of high fidelity hearing protectors for concerts that allow you to hear music and conversation crisp and clearly, while also protecting ears from hearing damage like ringing ears or hearing loss. It’s an audio enhancement rather than just an earplug. They come in a sturdy keychain container, making it easy to take to every show, and for just $9.99, they’re affordable for everyone.

Alemli: Our target market is all concertgoers. The average concert is 100 decibels or more, and at that range, only a few hours can lead to hearing damage. With live music being a $12 billion industry, there are millions of people who need hearing protection but don’t realize it yet.

SUB: Who do you consider to be your competition, and what differentiates DownBeats from the competition?

Alemli: There are a lot of competitors out there across a few different quality levels. You’ve got cheap foam earplugs that muffle sound, available at Walgreens; and other brands, including Howard Leight and Hearos; while you also have other high fidelity options offered by Etymotic, Vater, and Alpine. However, the high fidelity market is our key competitor. Within that space, we are one of the only ones to offer a convenient case to keep them in, we have the lowest profile for the most subtle use, and we are 20-to-50 percent cheaper than our competitors without sacrificing quality.

On the highest end of the spectrum, you have custom-made and electronic earplugs that can run hundreds of dollars. While that might be suitable for some, particularly professional musicians, our goal is to share quality hearing protection with everyone.

SUB: You just officially launched to the public. Why was now the right time?

Alemli: We launched in November, 2012, but we’ve seen amazing traction thus far and are pushing to get the brand and product out there more. Noise-induced hearing loss is rising in this country, particularly among youths, and we think this is unnecessary. I think the reason behind that is that while people know that loud noises are harmful, they aren’t aware that there is a solution to that problem that doesn’t sacrifice sound quality.

Alemli: The company was entirely self-funded at launch, and since then has been running via internally-generated revenue. Bootstrapping at its finest.

SUB: What was the inspiration behind the idea for DownBeats? Was there an ‘aha’ moment, or was the idea more gradual in developing?

Alemli: I’ve always been an avid concertgoer, averaging a show-a-week for the last 15 years. As I got into my mid-twenties, I began to notice that the next day I would not be able to hear as well. As I explored the options, I realized there wasn’t a readily-accessible brand out there that spoke to me. I saw a need that I had, and as I talked to others I realized they had hearing issues too. It was then that I realized that there was a business here as people had a problem—they just didn’t know there was a solution.

Alemli: First, I had to make sure I had a product to sell. I sourced all the materials, did my market research, and made sure I had reliable suppliers. We tested a variety of earplugs ourselves, and once we found a supplier we liked, it was off to the races.

Alemli: The key thing we wanted to be is cool. You don’t wear DownBeats because you hate the music; you wear them because you love it. So it had to be musically-related and focused on the positives of high fidelity rather than the negatives of needing protection. We threw a lot of ideas out there, but DownBeats seemed so perfect. It even describes what it does in the name.

Alemli: The biggest challenge for me was learning a lot of new skills. While I have an MBA from the University of Chicago, there’s so much they don’t teach you about the practicalities of running a business in academia. Quantitative talents won’t help you design an advertisement or have a sales conversation. A lot of it was stepping outside of my comfort zone and learning as I go, but I’ve really enjoyed it.

Alemli: We’re already generating revenue through digital sales and select partnerships. Every month has seen growth in revenue, which is just spectacular.

SUB: What are your goals for DownBeats over the next year or so?

Alemli: The goal for this year is to take this brand up another level. We want to get the product into certain retail channels where it’s appropriate, and we’re working on some exciting new products for concertgoers that go beyond just the audio enhancement of DownBeats and enhance the physical concert experience as well. I’m really looking forward to sharing our next round of innovations with the world, hopefully in just a month or two.

Lessons from the trenches: Startup success is all about the journey…and the decisions you make along the way 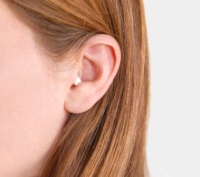