Get inked without the regrets with Ephemeral’s temporary tattoos 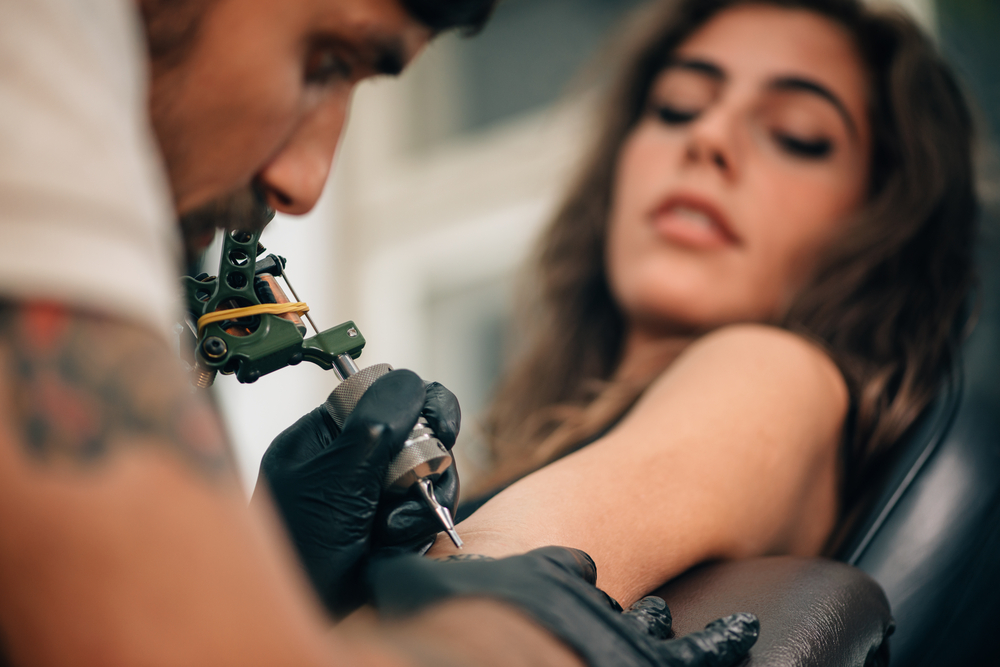 “You’ll regret that for the rest of your life.”

There is no way to count the amount of times a parent has said this to a child after they got their first tattoo. And it is exactly what Seung Shin heard when he revealed his new ink to his tattoo-hating family, who subsequently forced him to get it removed.

Allure wrote that on discovering how difficult and painful it was to get a tattoo removed, Shin partnered with engineering students and a business student at the University of New York to create a non-permanent tattoo. And they succeeded.

Their company is called Ephemeral tattoos, was founded in 2014 and the tagline on their website represents how they feel about body ink.

“You are always changing. Your tattoos should too,” the motto reads.

The system uses the same tattoo equipment as a normal tattoo, and it is applied in the same way. However, the ink is made in a different way which means it can be broken down by the body, and they have created a special removal solution to remove the ink when desired. They currently have a range of tattoo options, with durations of three months, six months or a year.

Co-founder Anthony Lam spoke to TechCrunch on how the ink works.

“Tattoo inks today are permanent because of the fact that the dye molecules are too big for your body’s immune system to take away,” he explained. “By using smaller molecules, we’ve encapsulated them inside this spherical structure that’s big enough that your immune system doesn’t take it away. But when you remove it, it essentially eats away one of the components and the dye molecules are flushed out.”

Aware that many people want tattoos but are afraid of regrets in the long term, the group are optimistic that their new ink solution will make tattoos much more attractive. Shin spoke to Allure about where he sees the company in the future.

“Five years down the road, I hope we’ve substantially dented the tattoo industry, its culture and its future,” he said. “I hope to see a lot more people with ink.”

Josh Sakhai, another co-founder is enthusiastic about the possibilities.

“I’m 100 percent going to be getting decked out in tattoos with this ink,” he told Allure. “I’m not sure of exactly what I want, but I’m very into geometric or black-work tattoos.”

However much a person loves tattoos, not all tattoos are created equal. The internet abounds with pages illustrating the  ‘Worst Tattoos Ever’, but it’s also true that the tattoo a person thought was the best thing ever at 18 simply doesn’t accurately reflect who they are at 30. The Journal of the American Academy of Dermatology research showed that 24% of 18-50-year-olds had a tattoo and that 17% were thinking of getting a tattoo removed.

Removing a tattoo is an extremely difficult, painful and expensive process. CNN spoke to Dr. Paul Jarrod Frank, M.D. who works with tattoo laser removal. Laser removal can take between six and 12 sessions to completely remove the tattoo, and each session can cost upwards of $350, meaning that getting it removed can cost thousands, much more that the tattoo cost to get in the first place.

“Laser removal is the standard of care,” said Frank, but that doesn’t mean that it’s perfect. “There is no great treatment.”

The effectiveness of the treatment is also dependent on the type of tattoo and the colour of the skin, with coloured pigment much more difficult to get rid of. It is also likely that the laser will leave scars or patches of lighter skin. Tricia R, currently on her sixth session, told CNN how it felt to get the laser treatment.

“I don’t know what hell is like, but during my treatments, I would swear that’s where I am,” she said. “I immediately felt like I was being pelted with hot grease and flicked with rubber bands. It by far is the worst pain I have ever felt in my entire life. On top of the pain, the noise of the laser burning my skin is similar to the noise of bacon frying in a skillet.”

It’s obvious that tattoo removal is an unappealing process which many people can’t afford, thus resigning themselves to living with the unicorn tattoo they got on holiday when they were 19.

There are other semi-permanent tattoo companies on the scene, like Inkbox and Momentary Ink, which apply like temporary tattoos and last around a month. However, Buzzfeed users tried out Inkbox, and although it looked good initially, it wasn’t long before the ink faded and it started to look fake. However, their options are pain-free, and a good way to try out a tattoo before taking the plunge and turning to the needle for a lifetime commitment.

Ephemeral is the only company using traditional needles to create non-permanent but real-look tattoos and their product is being inaugurated at their New York City Pop Up Launch in summer of this year, where two guest artists will be available to ink people who have always wanted that tattoo but have always been a bit scared.

It also creates a great opportunity to get a terrible tattoo just to scare your parents. 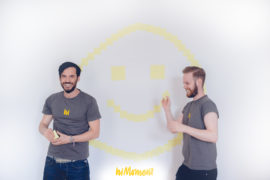 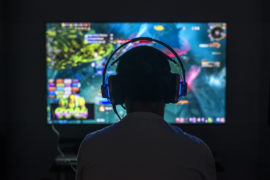