A Q&A with Fashion Metric co-founder and COO/CTO Morgan Linton. The Austin, Texas-based startup, which has developed a virtual tailoring service for retailers, landed $1 million in Seed funding in late January. Investors in the round include Tahoma Ventures, Corsa Ventures, Elementum Ventures and Geekdom Fund. It was founded in 2012 by Morgan and CEO Daina Linton, and previously raised $400,000 from a group that includes Mark Cuban and Techstars. The team also participated in the Techstars Austin accelerator.

Linton: We are a SaaS company that integrates with apparel brands and retailers to make it easy for shoppers to buy better fitting clothes both in-store and online. The core of our technology is the Virtual Tailor API, which provides more measurements than a typical tailor would measure in person without actually requiring a person to be physically measured. We do this by asking simple questions that any shopper can answer without using a measuring tape and running their input data through a series of proprietary mathematical algorithms to accurately predict the shoppers detailed body measurements.

The output is similar to the output of a 3D body scanner, with the data being passed through to the retailer to better understand their customers while providing the shopper with the ease of purchasing clothing without puzzling over size charts and size uncertainties.

Linton: Our customers are brands, multi-brand retailers and custom clothiers.

SUB: You just announced that you’ve raised $1 million in Seed funding. Why was this a particularly good time for a funding round?

Linton: We are at an incredibly exciting time in our company’s history. We recently released the Virtual Tailor API, which allows apparel retailers to easily capture their customers body measurements both in-store and online without using a measuring tape. We have more customers than we can currently onboard, which means we need to grow the team to make sure we provide every single customer with a truly exceptional experience.

This timing coincided perfectly with the Techstars Austin program that we recently graduated from this past September. The investor response after demo day was even stronger than we were expecting, which meant that we increased our raise from $500,000 to $1 million to accommodate all the interest that we were seeing.

Linton: This round of funding is all about building the team and continuing to build on our product line. We are not seeking additional outside funding in the near future.

SUB: What was the inspiration behind the idea for Fashion Metric? Was there an ‘aha’ moment, or was the idea more gradual in developing?

Our founder, Daina Linton, comes from a family with multiple generations of master tailors that started in the early 1900s in Lithuania and Germany. The family moved to Canada and started some of the early tailor shops in the Toronto area.

While Daina grew up in a family with deep roots in the tailoring space, her focus was engineering, algorithm design, and big data. After finishing her undergraduate degree in Engineering in Canada, she pursued research at MIT and then started her Ph.D. at UCLA. Daina had always dreamed of taking her family craft to the next level, and using technology she was able to do just that with Fashion Metric.

Linton: Daina was doing her Ph.D. at UCLA but knew that she wanted to run her own company. After winning Lean Startup Machine in Los Angeles, Daina won tickets to compete in AngelHack. A week later she was in Silicon Valley working on a very early prototype of Fashion Metric, which at that time was a consumer-facing apparel ecommerce site supported by a clever technology to fit every customer.

It was at that event that Fashion Metric was discovered by Mark Cuban who shortly after expressed interest in making an Angel investment. Daina decided that this was the beginning of an enormous opportunity, and left her Ph.D. to run Fashion Metric full-time.

Linton: It’s a funny story. Daina originally registered the domain name FashionMetric.com for a fashion blog she was thinking of starting. Then when Daina started the company it needed a name and she realized Fashion Metric would be the ideal name—and the best part is she already owned the .com.

Linton: There’s nothing easy about building a startup. One of the biggest challenges is quitting everything you are doing to put all your focus into your company. Many people try to start a company on nights and weekends, which is next to impossible.

Not many people leave their Ph.D.s to start software companies, and it was definitely something that her professor and most of her peers didn’t understand. Of course that’s only the beginning of the challenges. Creating a mathematical algorithm to do what Fashion Metric does is incredibly hard and took two years to get to where it is today.

Linton: We license our technology to apparel brands, retailers and customer clothiers. Customers pay a setup fee and then are charged based on API use.

SUB: What are your goals for Fashion Metric over the next year or so?

Linton: It’s incredibly exciting—we are already starting to see how we can change the way people shop for clothes, both in-store and online. Our goal is to stay on this path and release more products that make it easier than ever for retailers and brands to make it easy for their customers to buy clothes they love. 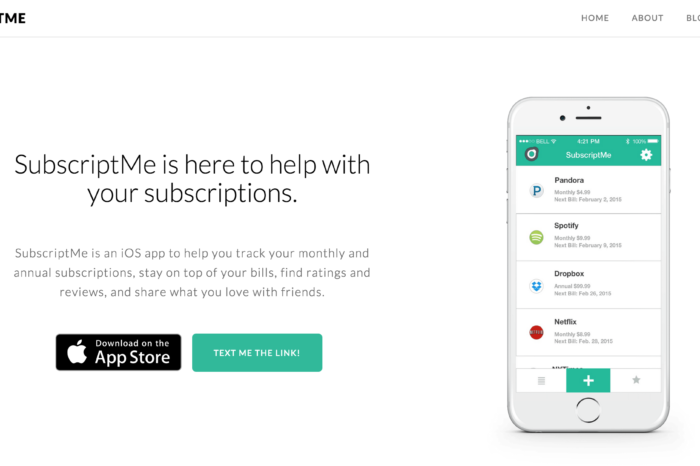 Lightning Pitch: SubscriptMe — One place for all of your subscriptions 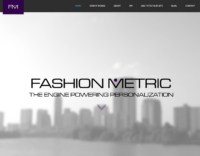