Housing.co.in is on a mission to help consumers tame a ‘chaotic’ housing market in India

A Q&A with Housing co-founder and CMO Advitiya Sharma. The Mumbai-based startup, which is utilizing data to solve the problem of successfully navigating the Indian housing market, closed a $2.5 million first round of venture funding in early June from Nexus Venture Partners. It was founded in the summer of 2012.

Sharma: Looking for a new house is nothing short of a nightmare. This is because the real estate industry is a chaos of overwhelming problems. Fraudulent listings, delayed deals and the lack of information make it frustrating for a layman to carry out any transaction in this space. Housing aims at weeding out these problems and redefining the home search process; and our trump card for that is a strong commitment to data. Not only is there a focus to provide all relevant house hunting data to the customers, but also the effort to verify and authenticate all information by way of an in-house data collection team to give users a carefree home search experience. When this backs our primary innovation of great designs, we have a tool that is visually appealing, and absolutely credible. Housing is based on a strong foundation of data to support great designs.

Sharma: Housing caters to both sides of the equation—buyers and sellers. It is a platform for landlords and brokers to showcase their homes in the best way possible. This in turn ensures that buyers obtain the best possible experience in viewing their prospective houses.

Sharma: In India, the online real estate industry started shaping up about eight years ago. But the focus of existing players was the mere conversion of an offline process into online convenience. They did not venture into understanding the real problems that plague real estate. With Housing, we intend to take house hunting to the next level, and make the home search hassle-free for our users.

SUB: What differentiates Housing from the competition?

Sharma: People perceive Housing as a unique portal thanks to its outstanding interface and amazing experience. But that’s not all. Housing’s real strength lies in its data, and since its inception the company has been very obsessed with its data approach. We have established data science labs to perfect our performance, and we have an in-house data collection team that verifies all information and also clicks pictures of the property before the house goes online. Moreover, while we use city maps to show the houses available, other sites still use listings. We thus have a holistic approach, and the website stands as a statement in itself.

Sharma: Housing was founded a year back in June 2012. Twelve of us from IIT B [Indian Institute of Technology, Bombay] got together to make a website that would redefine house hunting. The initial days were spent in conducting research about the market. When we found out that information deficiency was rampant in the market, we began to play that to our strength. The technical background from IIT had equipped us with dealing with this problem, and we thus laid the foundation of a very strong technical team that would be the base of the beautiful product that is Housing.

SUB: What was the inspiration behind the idea for Housing? Was there an ‘aha’ moment, or was the idea more gradual in developing?

Sharma: Through all those years of hostel life in college, you tend to complain about the food, the amenities, the facilities. But when the final year rolls in, and the thought of living on your own dawns upon you, the hostel room suddenly seems perfect. We got down to the accommodation hunt even before finals week, and you would think that a head start would have made things easier—but the whole process was nothing but a nightmare. Eventually, we did find a place, but it didn’t end there. The only thought that lingered on was that this problem has existed for about a decade now and will simply continue to exist. We felt the need for a powerful tool which we would have loved to use ourselves and would’ve loved to share with others. In essence, we wanted something better, so we built it.

Sharma: The ‘Housing’ name is exactly what it stands for. We really did not feel the need to deliberate over the name. It was simple, elegant and relevant.

SUB: You recently raised $2.5 million in your first round of outside funding—please correct me if I’m wrong about that. Why was this a particularly good time to raise funding?

Sharma: Well this is our third outside funding actually. The first round was led by Mr. Zishaan Hayath, and the second funding was secured from Mr. Haresh Chawla. The recent third round was by Nexus VP, India’s top venture capital fund. The three rounds have not only lent us financial support, but have given us mentors that we can learn from.

As far as the timing is concerned, Housing has witnessed overwhelming love from users. In just a year, we have expanded to five cities to help meet customer needs. Now that the operations have spread wider, we are devoting our energy to nurture the product quality and create depth in the product, and educate more people about the benefits of the product. So yes, the funding coming in at this time helped in channeling resources for these purposes.

SUB: Do you have plans to seek additional venture funding in the near future?

Sharma: We have had a lot of inbound requests from both Indian and foreign VCs. We are waiting for the right partner who will match our core belief of speed.

Sharma: When we decided to expand operations beyond our home base in Mumbai, we went in for a unique way to go about it. We put up a poll on Facebook, and let our users decide the city that we would expand to. While Hyderabad was the clear winner, a number of other cities had nearly as many votes. The audience share was much larger than what we had anticipated. That was overwhelming, and we really were humbled. We decided to take on the challenge and set up operations in more than just one city in that short period of time. With a fantastic team that works true to our core belief of speed, we were able to complete this task seamlessly.

Sharma: As far as the revenue model is concerned, Housing charges a fee—biannual or annual—to the brokers, upon payment of which they can upload unlimited listings for the given time period on the website. Listing for landlords is free for now, but we might implement a nominal fee for landlords soon.

SUB: What are your goals for Housing over the next year or so?

Sharma: From our home base in Mumbai, Housing has expanded to Bangalore, Gurgaon, Hyderabad, and Pune in less than one year. Our focus is clear—consolidation in existing cities and bringing greater depth in the product. 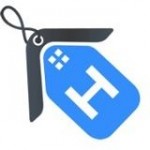 Housing.co.in is on a mission to help consumers tame a ‘chaotic’ housing market in India