Laura Giadorou Koch, a philanthropist and chairwoman for the YPO Social Impact Networks, recently spoke to Startup Beat on the conclusion of the Horasis Global Meeting Portugal last week.

Living and working in the U.S. for the past 30 years, Giadorou Koch helps YPO Social Impact Networks invest in businesses that are socially and environmentally responsible. Though businesses and corporations are, by default, concerned solely about the bottom line of profit, organizations like YPO are trying to turn the tide and make socially conscious companies a reoccurring pattern.

Below are excerpts from our conversation with Ms. Giadorou Koch:

Startup Beat: You were in a talk involving public distrust of globalization at Horasis Conference in Portugal. What were your takeaways from that talk and how do you see globalization better including the working class and poorer citizens?

Laura Giadorou Koch: Globalization is here to stay, it is no longer a choice. In my view it is the next step in human evolution, the world is a village and we cannot change “connectivity”, digitalism, internet, AI, technology… Most of the panelists agreed.  One can’t build walls and pretend that technology, connectivity is not there. Globalization ensures that countries will produce what they are most efficient at and exchange those goods for those they need but can’t produce at a lower cost.  However, there must be some type of regulation or entity to take care of the disenfranchised, a safety net to ensure that nobody falls through the cracks.

The key takeaway from this panel was that each government should take some sort of responsibility for those who are left out and “loose” with globalization. For example, the employees in the coal industry that lost their jobs need to be re-trained given that their jobs are not coming back, because renewables, AI, and technology are taking over.

The two big issues regarding globalization are inequality and climate change.

Inequality can be reduced the way governments in the northern European countries do: good education and healthcare for all and strong support for the unemployed… This is possible because those nations have a tax rate of +80%.

Regarding Climate Change, after the Paris agreement counties are ready to move on the same page. The 193 signatories committed to create legislation that takes climate change into consideration. CO2 in the environment should be reduced in many ways, one of them is to push renewables and reduce carbon and anything that has to do with fossil fuels. Obviously, it cannot be done from one day to the next, but I doubt it will be done during Donald Trump’s watch.

SuB: You mention that globalization is here to stay but, on the reverse side, we’ve seen populist rises from the U.S. where Trump wants to build a wall and in Europe where the UK pulls out of the European Union. What will be the natural result of these two competing forces in the near future?

South Korea, with a population of 50 million, global exports close to 575 Billion dollars and per capita income around 30,000 dollars can be compared to North Korea’s barely above 1,200  dollars with a population of 25 million. I’m just giving you the worst example that can happen. There is no doubt that open economies are the natural progression of our human evolution. The world has to emulate the best cases. If you look at the northern countries in Europe, they are doing well. And they all have open economies because they realize that without this system they could not survive. But their governments are very benevolent with their unemployment benefits, healthcare for all and spend a lot of money keeping high education standards.

The key thing about globalization is the people that are displaced from their current occupations can do something else if they are trained and helped in that process. Now let’s focus on the positive sides of globalization and open trade worldwide for the poor, together with the help of microfinance and global trade many people have been lifted out of the $2 a day poverty and have now better lives for their families.  One of the things that are key in developed or undeveloped countries is that the government facilitates healthcare and education for all.

You’re asking me to talk about globalization when President Trump is going the other way. But he’s doing that because it’s a political posture. He’s not doing much or acting upon it other than talking about it, so far.

You have the immigration/migration issue, for example. Trump knows all his employees in his personal business were immigrants. His business thrived on the hard work of immigrants. Again as his political position regarding with globalization, climate change … He’s just doing this as a facade for now to get voters. Just to put it bluntly, it’s a convenient political personality.

SuB: What is your relation to Argentina?

LGK: I was raised in Argentina, studied law there and then got a scholarship to do a master in law in the USA.  I have practiced law in a Wall St. law firm for over a decade. Currently, together with my brother we operate a winery in Argentina. We are a B-Certified company, under B lab. Org.  So I’m a very strong proponent of B-Certification because when you run a socially and environmentally responsible organization, company profit is not everything, sustainability also drives savings, employee engagement, improvement of our respect with the environment and a better relationship with the local community.

Are you familiar with B-Certification or the BIA?

LGK: B lab.org  was created 10 years ago by three founders. These were the owners of And 1, the brand of shoes and apparel. Over 15 years ago they sold And 1 for 350 million dollars, after starting in a basement. How come they grew so much in 15 years? Because they had impeccable sustainability practices. And this is 25 years ago when it was unusual to lead a business focusing on stakeholder values. The 3 founders confessed that And 1 practically went bankrupt six times because of liquidity challenges. But they had the best relations with their employees, suppliers, and other stakeholders that supported them in time of crisis.  Also, they had a 99% retention rate: their employees loved to work there. A really beautifully innovative, sustainable company ahead of the times.

Within a month of selling And 1, the new owner stripped out all these sustainable initiatives/values and became a purely for-profit company. Basically, the three former owners, started the concept of B Lab.org and B-Certification because they realized that any “for-profit” company can be profitable, and also balance its higher purpose by valuing their stakeholders. So the three founders launched B Lab.org  with this question: ‘What can we do to move this needle and show the world that a for-profit company can exist and balance profits and purpose?

They formed the NGO B Lab.org to inspire companies to do the B-impact assessment (BIA- free, online & confidential). The completed BIA will give a company a score from a scale of 0 to 200 points. If a company that completes the BIA scores more than 80 points, then that company can choose to become more publicly transparent and legally bound by a higher purpose and choose to go through the B-corp Certification. Thus, all the information they provide is verified by a third party, B Lab.org

So B-Labs started 10 years ago with three tools: BIA, B Corp certification, and Benefit Corporation to fulfill their mission to balance profits & purpose in companies. The Benefit Corporation started with the idea of a legal accountability that is a legal incorporation status. For example, when you incorporate a company you can choose an LLC, S or C corporation that pays taxes or you can choose on the other spectrum to open an NGO or a “non-for profit” that is exempt from paying taxes. The Benefit corporation is in the middle: it pays taxes and It’s a higher purpose: thus you put your purpose up there so you can go from “shareholder value” to “stakeholder value” in when you make the decision in your corporation.

The 20th century was about “shareholder value.” The 21st Century is moving towards stakeholder value, following the principles of being a highly socially and environmentally responsible company. This is the future of a harmonious and sustainable world…. That can bring step by step on a healthy positive globalized economy to the world.

SuB: At Horasis there was another panel on this same sort of corporate responsibility and how important it is for companies to be socially and environmentally sound.

LGK: Very important. It’s not only about profits, it is both. You have to create some social and environmental impact. For example, it is important to put a lot of emphasis on that and there’s a lot of interest in purpose & profits, climate change and sustainability. It’s something that is pretty much on the minds of most business people nowadays, especially if you want to retain talent. Millennials will be a majority of the workforce in a few years.

SuB: In terms of Argentina or Latin America as a whole, what challenges on sustainability regarding the B-corp movement of “using business as a force for good”

SuB: Worldwide what have been some of your favorite cases of responsible corporations making a social impact?

Now what is creating a major shift in the movement of “using business as a force for good” is impact investment is becoming mainstream.

The fact that the CEO of Vanguard, all these guys that are representing some 20 trillions of dollars in management have come up with the announcement this January 2018 … if you’re do not move into the socially responsible company arena,  we’re not going to invest in your company. I mean, this announcement is a big deal. This is a real shift in values in the investment community. You see, the tipping point for sustainability that was initiated many years ago with impact investment and now it’s going mainstream. So I think it’s going to be a smooth ride because if the biggest fund managers say, ‘Yes, we need to go there’ then that’s what it is. Basically, they are supporting the 17 SDGs –  the 17 Sustainable Development Goals in one way or other.

I believe that the movement of the SDGs and B-Certification “using business as a force for good” are key to catapult these stakeholder values in business. Unfortunately, because it is such positive movement the media is not reporting much about it. But it is happening.

You see this movement is helping the positive trends of globalization. Otherwise, climate change, extreme poverty, the incredible difference between the payment of salaries of CEOs and the lowest-paid employees in a company may stagnate may still linger for long.

Personally, the biggest issues with globalization are inequality and climate change. Unfortunately, it may be getting wider. That gap for working people and governments, international organization and companies (eg: through reporting with SDGs) and people have to step and each take responsibility. Today we are a village,  everybody: individually, as a family, as business, as communities, as cites and as governments we all need to move together to make our world a better place. 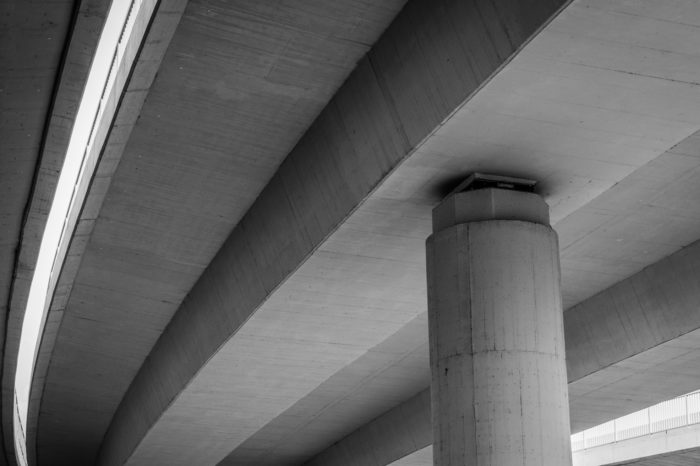